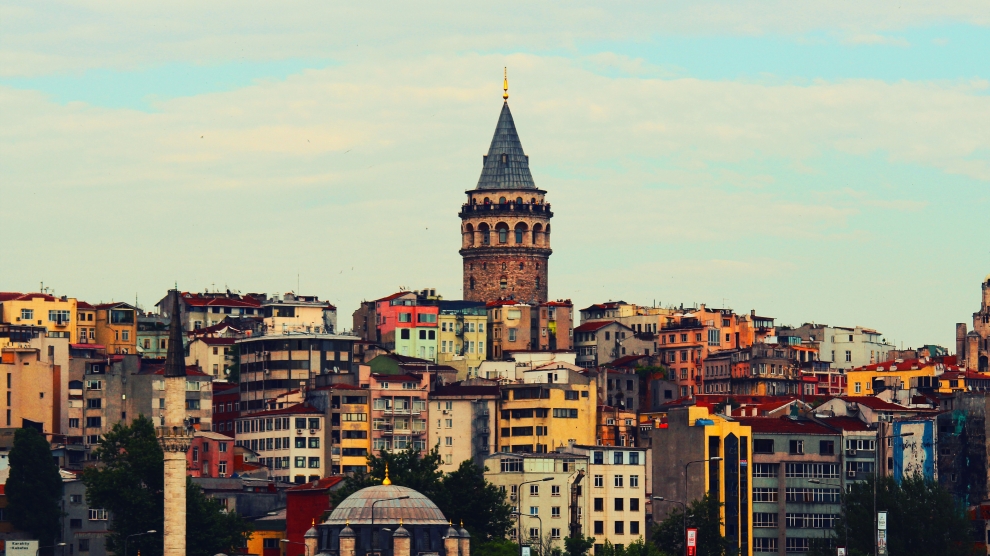 Our commitment to security in the wider Middle East means Western allies need to be more positive in dealing with Turkey, on the frontline of instability but short of reliable friends. Turkey was at the table at the Berlin conference on Libya which highlighted the latest concern of the powers. But Turkey’s immediate neighbour, Iran, remains the main source of continuing tension across the region and beyond.

As she enhances her engagement in the wider world beyond Europe, Britain will have a key role to play in developing a more pragmatic relationship with Turkey, where she has had consistently friendly relations for over a century. But the European Union too should see this as an opportunity to reassess the kind of relationship it wishes to have.

The EU seeks to find a role for itself on the international stage, leveraging its financial muscle, but it has inherent problems in relation to Turkey. It suits both the EU and Turkey to maintain the illusion of eventual Turkish membership in the European bloc, but EU efforts are perpetually compromised by the attitudes of certain of its member states. Turkey compensates for its feelings of rejection by seeking new friends, but it hasn’t helped its prospects by some of its choices. Russia has been trying to entice Turkey away from the West with arms and gas pipeline deals but there are historic enmities. Now Russia and Turkey find themselves backing opposite sides in the quicksand of Libyan while both have tacit dealings with Iran and momentary common purpose in Syria.

In order to preserve stability on their borders, Europeans must attach greater importance to Turkey as a vital NATO ally and strategic partner of the West. Turkey was one of NATO’s earliest members – it has been part of the Alliance for almost 68 years. Its powerful armed forces have contributed strongly to missions in Afghanistan and Kosovo as well as counter-terrorism efforts in the Middle East.

As a former military officer, with experience serving with Turkish officers at NATO, I believe this role shouldn’t be taken for granted. With the region in flux, it is more important than ever to ensure Turkey stays on-side. We need to keep the country close, re-energise our relationship with Ankara and help ensure that greater respect is given to Turkey’s valid concerns.

They discussed how the EU and Turkey can work together to defuse the situation in Libya and the Middle East as both share an interest in preventing a new cycle of violence from breaking out in the region. A healthy EU-Turkey relationship will demand stronger mutual understanding and more empathy.

The EU has been slow to understand the seriousness of Turkey’s security fears on its borders with Syria. Not only has Turkey taken in, and restrained the movement, of almost four million Syrian refugees, it has also faced renewed domestic terrorist attacks by the Kurdish PKK, whose offshoots have been engaged in Syria. By failing to show more understanding for Turkey’s volatile predicaments, Brussels and other European capitals risk pushing the Erdogan regime into the hands of Russia, China and even Iran. Such a development would have dangerous strategic consequences for the continent and could jeopardise the refugee deal inked between Turkey and the EU in 2016. For its part, the United States took insufficient notice of early Turkish warnings over the collapse and division of Iraq and of its concerns over Kurdish terrorism, or indeed of wider security vulnerabilities.

In a similar vein, the EU would be well advised to understand what motivated Ankara to embrace the TurkStream project, which will bring Russian gas across the Black Sea to Turkey. Notwithstanding my belief that Turkey should seek a different form of enhanced association with the EU short of full membership, energy cooperation remains a crucial issue. I have for many years called on the European Commission to lift barriers to opening Chapter 15, the energy chapter, of EU accession talks. Encouraging energy dialogue and co-operation could have prevented Turkey from joining forces with Russia.

Brussels should also have done far more to remove other obstacles to progress with Turkey, such as the Cyprus issue. The EU failed to keep its May 2004 promise to end the isolation of Northern Cyprus, ignoring a third of the population of the island. Seats allocated to the Republic of Cyprus should be used proportionately to represent all the people on the island either through a Turkish Cypriot Member of the Parliament or through observer status, as with the Council of Europe. The division of Cyprus has represented a hindrance to progress in relations with Turkey for too long now. If the EU lacks the political will to help resolve the Cyprus issue then the UN and Guarantor Powers – Britain, Greece and Turkey should intensify their talks. The discovery of oil and gas in the eastern Mediterranean should open prospects for cooperation and reconciliation rather than further tensions.

For the United Kingdom, Brexit is an opportunity for our strategic, political and economic relations with Turkey, a prosperous economy and one of our most important trading partners. As the leading European power in NATO and a Permanent Member of the UN Security Council, Britain also has an interest and responsibility for improving relations with Turkey, not least with regard to UN-led initiatives in Libya and in Cyprus and the conflict in Syria. The same should be true for other European nations and in particular Germany, which enjoys unique economic and familial links to the country. That means strengthening confidence and deepening political dialogue with Ankara. After all, Mustafa Kemal Ataturk, the founder of modern Turkey, once said: merchants must be worthy of trust. But Europe’s relationship with Turkey must go beyond trade.

Geoffrey Van Orden CBE was leader of the British Conservatives in the European Parliament and defence spokesperson. He was previously a brigadier in the British army.

In Hungary, change must start in Budapest
Russia, Europe and Africa: A journey into the mind of Emmanuel Macron
Comment