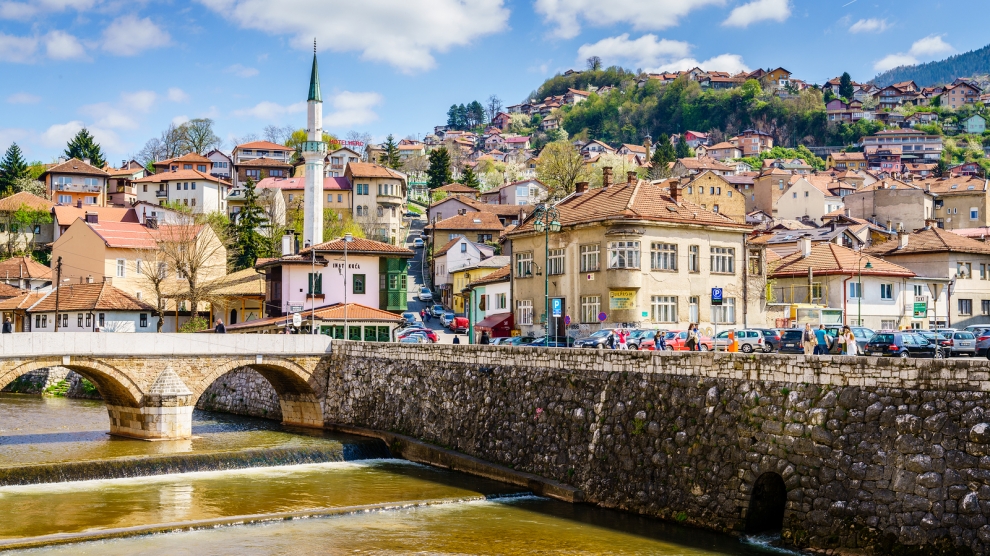 This year’s elections in Bosnia and Herzegovina are unlikely to bring about a fundamental change in the country’s politics, but for the first time they may be held amidst (possibly legitimate) allegations of vote rigging. There is an almost universal consensus in Europe that Bosnia is not a successful project in its present formula. It is worth asking if there is perhaps a fundamental cognitive bias in the EU’s policy towards this country. It appears that the values promoted by Europe were considered universal rather prematurely, with sometimes counterproductive results. The European paradigm of thinking about Bosnia has for years been based on four misconceptions.

The first misconception is to treat the European model of the state as universal. You can debate politics, political system, even borders, but the basic political structure (and loyalty to it) has been treated as given and obvious. This way of thinking, which is easy to understand, has been considered natural in long-established, consolidated countries with centuries of history, such as France and Britain. However, Bosnia and Herzegovina is not such a state. Politicians who are active in B&H invest almost all of their resources in their respective ethnic groups, not state institutions. Apart from the Democratic Front of Željko Komšić, there are basically no significant effectively multi-ethnic parties in Bosnia. Sarajevo has never become an attractive state-building centre to which – like to Paris or London –- ambitious people are drawn from all over the country. It is difficult to expect a much better life in the capital of Bosnia and Herzegovina than in the provinces, and in fact it is difficult to actually get there from many places. Today’s B&H is to a large extent an internationally supervised (for how much longer?) conglomerate of local interests. For many in Bosnia and Herzegovina, the decomposition of their present-day country would only be another episode in the long history of political changes in the region.

This leads to the second misconception: the belief that post-war Bosnia will be able to put in place a liberal model of capitalism which, as before in the countries of Central Europe, will bring prosperity to the people, thus offering a chance to reduce political tensions. This misconception is, of course, part of a wider phenomenon – the neoliberal belief in the universality of free market mechanisms. However, the free market, which not everyone in the EU has paid sufficient attention to, needs a strong and impartial state capable of ensuring a level playing field. Such a state does not exist by nature, nor can it be decreed, and the EU’s favourite modus operandi in Bosnia – the carrot and stick approach – can only make the local elite pretend to be working towards the establishment of strong liberal institutions.

A realistic approach to Bosnia and Herzegovina should be based on the acknowledgement of the fact that, in that country, clientelism is not a deviation from the norm, existing because of corrupt politicians who can be removed through a democratic process or by a decision by Brussels, but rather a way of life that, which is also worth noting, was practised in the Ottoman Empire, the S.H.S. Kingdom, and communist Yugoslavia alike, i.e. a way of life deeply rooted in the family and ethnic traditions of the inhabitants of today’s B&H. There is, of course, a feedback loop here. The lack of stable and efficient state institutions makes Bosnians look to informal patrons (for instance, a very large part of the labour market in Bosnia is controlled by the leaders of ethnic parties). In turn, the resulting extensive oligarchic networks, led by leaders such as Bakir Izetbegović, Milorad Dodik or Dragan Čović, make it difficult to create impartial state institutions.

Nationalism is no temporary phenomenon

The third misconception is the idea, not always stated explicitly, that in Bosnia, where various ethnic groups lived side by side in peace for centuries, nationalism is a temporary phenomenon awakened by irresponsible politicians. However, this appealing story misses one factor. Namely, the peaceful coexistence of Bosnia’s peoples took place in the pre-democratic era. Nationalism usually did not provide political benefits in an empire or authoritarian state. However, the introduction of democracy in the country changed the rules of the game. It enabled the political mobilisation of large groups of people, and the promotion of ethnic particularism simply became profitable, as nationalism became a useful defence for corrupt politicians and their quasi-mafia networks. Political leaders can be replaced, but this replacement will not necessarily entail a change in the modus operandi.

The cases of Haris Silajdžić and Milorad Dodik are symptomatic here. They both began their careers as moderate politicians respected in the West, notable for their readiness for dialogue and compromise. However, the course of political events drove each of them towards national radicalism. Once Silajdžić, who used to be a proponent of compromise with the Serbs and negotiator of the Dayton agreement, became a member of the presidency of Bosnia and Herzegovina, he described Republika Srpska as a product of genocide and claimed that it should be dismantled. In the 1990s, Dodik called Radovan Karadžić a war criminal, only to change his mind in a grotesque way 20 years later, paying a de facto tribute to the first president of Republika Srpska during his hearing before the International Criminal Tribunal for the former Yugoslavia.

Finally, the fourth misconception, which seems to be the only one exposed once and for all. It was the belief in the end of history. This was not only about Fukuyama’s notion of the ultimate victory of democratic capitalism but also about the end of traditional geopolitics involving competition for influence in the world. Therefore, after the war, Bosnia and Herzegovina was supposed to naturally become part of the Euro-Atlantic community of values. What is evident now is that European countries have rivals in B&H. The active policies of Russia, Turkey and the Gulf states (let alone Donald Trump’s vague US policy) are creating a new reality that the EU will have to face.

Krzysztof Kowaluk is a political scientist interested in the Balkans and Central Europe. He received a PhD from Warsaw University for his thesis on contemporary political thought. He has been involved in a variety of educational projects promoting civil society in Poland and Lithuania. He lives in Warsaw.
Twitter: @KrzyKowaluk

Beautiful growth with a questionable base
The geopolitical divorce of the century: Why Putin cannot afford to let Ukraine go
Comment