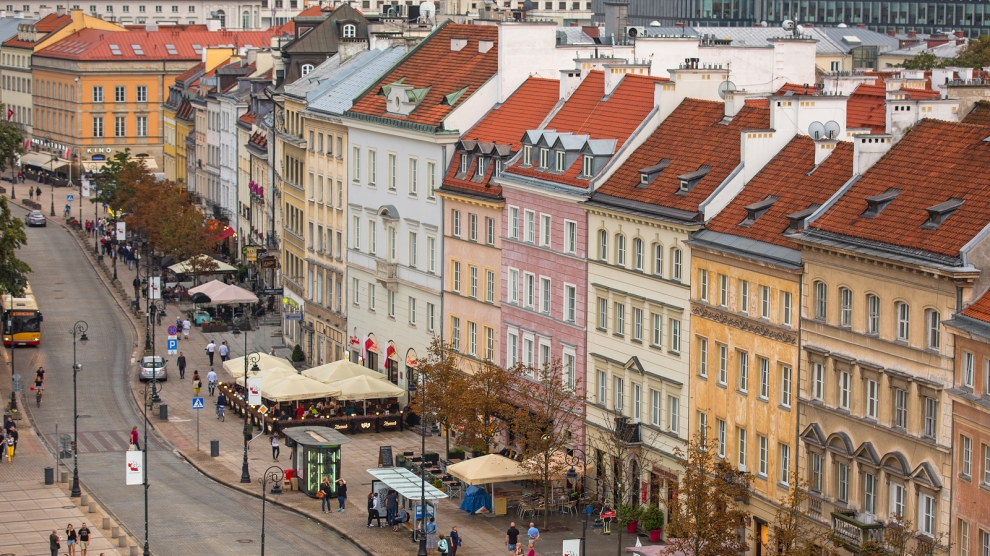 The excellent performance of the Polish economy continued during the first half of 2018.  The government is proud of the GDP growth of five per cent, accompanied by inflation of below two per cent. The public finances remain in a very good shape, with a temporary budgetary surplus recorded in the first half of the year, and the current account balance remains positive. After 29 years of transition the country has finally achieved a situation of close to zero unemployment (the unemployment rate is 3.6 per).  Quite an achievement, given that exactly 15 years ago the unemployment rate stood at 21 per cent.

Nevertheless, the assessment of the economic situation starts to be more complicated if longer-term prospects are taken into account. The respectful GDP growth was mainly based on the increase of consumption, with the minor contribution of investment and slightly negative contribution of net exports. Moreover, the growth structure recorded during the first half of 2018 was just a continuation of a pattern observed during the last 10 quarters. During this whole period consumption was responsible, on average, for 80 per cent of the GDP increase, and the increase of stocks for 26 per cent, while the contribution of investment remained negative, and the contribution of net exports negligible. As a result, the four-quarter investment to GDP ratio dropped from over 20 per cent three years ago to 17.7 per cent currently, a record-low level that has not been seen since the mid-1990s.

In the short term, the economic performance of Poland looks very good. A combination of a favourable external environment with very low unemployment (or, actually, the excess demand for labour) that is fuelling the growth of wages, and with the increased social spending, has led to consumption-fuelled growth. For the time being, the fast growth is accompanied by the satisfactory level of the economic stability, with the fiscal deficit well below the three per cent of GDP EU threshold, and the foreign trade and current account surpluses.  Inflation, albeit growing slowly, still remains below the central bank medium-term target of 2.5 per cent (+/- 1 percentage point).

At the same time however, the very low level of investment activity puts in serious doubt the medium-term sustainability of the growth. Private sector investment has remained close to stagnation since mid-2015 despite the positive market outlook reported by firms, no liquidity problems, low costs and high availability of credit, and the falling level of idle capacities. Business blames the political and legal uncertainty for this situation, as well as the tensions between the Polish government and the EU institutions that might have negatively influenced FDI inflows to Poland. Given that many firms seem to be dangerously close to the full utilisation of capacity, insufficient investment may reduce their ability to increase output in the longer run. Moreover, firms already have serious problems finding adequately skilled employees.

Shrinking idle capacities and growing labour costs will eventually force firms to invest more in labour-saving technologies. Nevertheless, it will be difficult to make up for the lost time, especially that the favourable internal and external growth conditions will not last forever.  Problems with the insufficient capacities and more scarce and expensive labour are likely to translate into higher inflation and lower growth.  And such a phenomenon may became visible as soon as 2019.

In spite of these worries, the outlook for 2018 remains optimistic. GDP is likely to grow at a speed of five per cent, mainly due to booming consumption, strong exports, and the recovery of public investment. The złoty should remain strong and stable, with some weakening expected only in 2019, and inflation should remain within the limits set by the central bank.  Nevertheless, tensions with the EU institutions, further increase of social spending before the approaching local and general elections in 2018 and 2019, as well as government policies perceived as market-unfriendly may translate into a worse investment image and higher long-term interest rates.