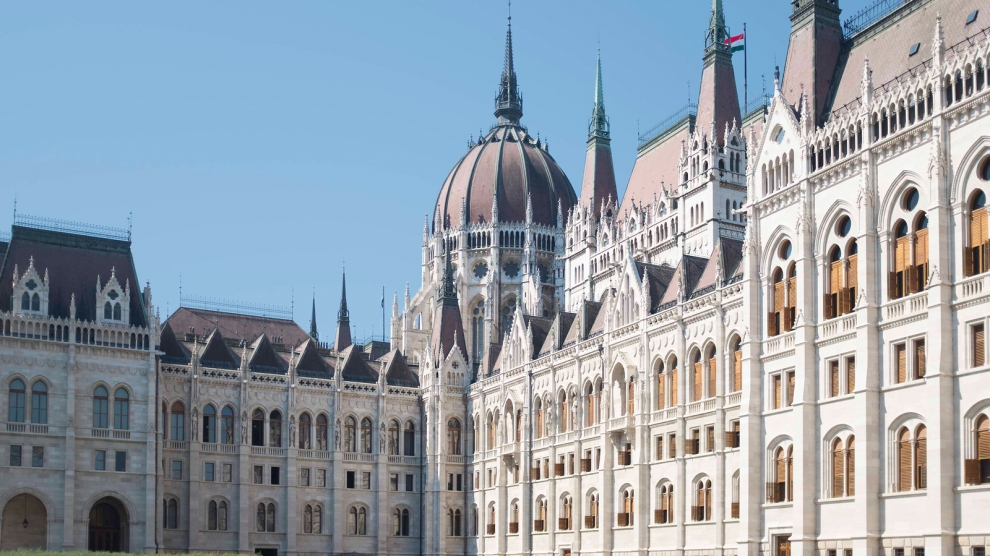 Over the past eight years Hungarian democracy suffered a lot under the regime of Viktor Orbán.

Before 2010 Hungary was a young, but relatively stable democracy with independent democratic institutions, relatively independent media and a moderate level of corruption. Now Viktor Orbán is building a country where all institutions are under strong state control, and the level of corruption is rising higher and higher every day. Hundreds of thousands of young Hungarians are fleeing from the country to western and northern Europe to stay alive both economically and spiritually.

With his warlike rhetoric, Orbán divides the whole nation and therefore prevents Hungarians from achieving the dream of a prosperous, peaceful and progressive democracy that we all embraced in 1989. After more than two decades of squandered opportunities, many have lost faith in politics.

We know that the only way we can make our country a modern and liveable place that meets the expectations of our generation is by offering sustainable, long-term solutions. Our goal is to provide everyone with an opportunity to unfold their talents and achieve a decent standard of living so that we can not only be proud of our past but our present, as well.

We believe that the age of ideological division has expired, this is the 21st century. Our three main principles are: solidarity, performance and patriotism. The left must accept national consciousness, and the right must learn solidarity. We offer solutions, not ideology. Unfortunately both the opposition parties and the governing party refuses to admit it, creating battles over unimportant questions instead of the real issues – healthcare, the education system, or how to stop the government demolishing democracy in Hungary.

Our common generational experience is globalisation, which should be utilised, not denied.

We grew up in a democracy whose main goal was European integration and to catch up with western European countries. After more than 10 years of membership, Hungary is still far behind because of the institutionalised corruption and the misuse of EU funds that feeds the political elite’s wealth instead of contributing to economic growth.

During his last two terms as prime minister, Viktor Orbán created a feudal system where only people who are loyal to him can succeed. This created a brotherhood of oligarchs who only care about their own wealth and not about the development of Hungary. We believe in a modern, performance-based and fair system where everyone can prosper. Therefore, we want to create a well-governed, functioning state that is predictable and rational, unlike today.

We are strongly pro-European, but also patriotic and we truly think that central and eastern Europe has the potential to be a driving force of the European community. However, with the emergence of demagogue, populist leaders like Orbán, the basics of our democracies are being undermined and transformed into illiberal autocratic systems that only function to maintain the elite’s well-being. We need to act before it’s too late.

What’s important today isn’t left-right division, but the choice between East and West. We need to choose progress rather than falling behind. We need to remain a part of Europe rather than fall under Putinesque autocrats. We need to embrace the European values of free thinking and plural democracy, while recognising our part in solving the European Union’s problems together.
We want to finally lead Hungary into the 21st century and build a country not divided by ideological battles, but united by common goals.

Andras Fekete-Győr is the president of a new Hungarian political movement, Momentum.

Breaking Records: An Outlook on the Bulgarian Real Estate Market
Ukraine in NATO: Ambition Is Not Enough, We Must Deliver
Comment