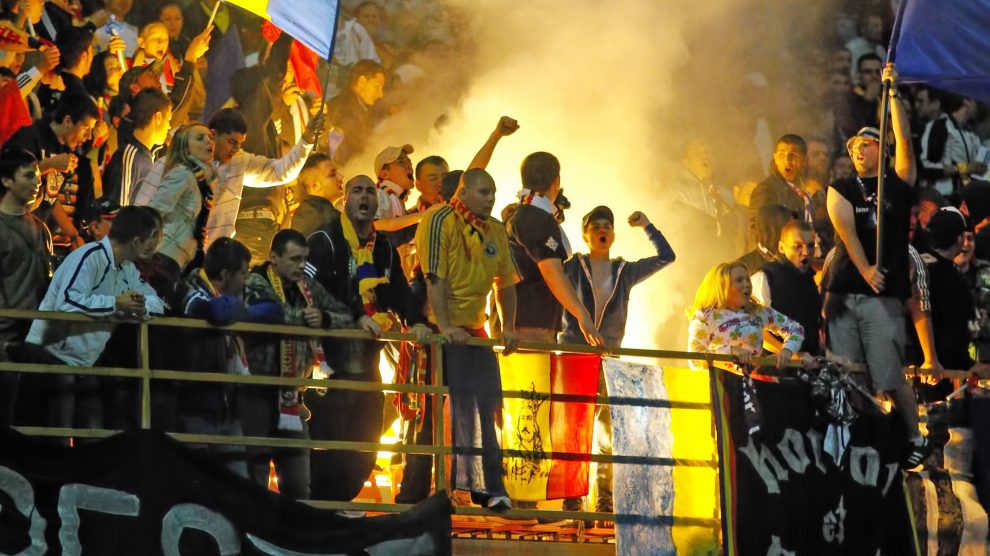 It’s not the relative success of a radical populist party that threatens democracy in Romania, but the rejection of its existing political class.

Fewer than a third of Romanians bothered to vote in the country’s parliamentary election on December 6, something that can be blamed neither on the Covid-19 pandemic nor on a lack of civic responsibility: in local elections less than two months previously, turnout was almost 50 per cent.

Local elections in Romania, however, are about personal battles. Voters back specific candidates for mayor and do all they can to ensure their man or woman wins.

Parliamentary elections are different: voters are handed party lists containing the names of candidates (some of whom they are unlikely to have ever heard of) and asked to tick the list of one party.

There is no mechanism for voting for a party but not one (or more) of its candidates, nor of voting for a candidate who may be lower down the party list than a voter might otherwise like. Campaigning is therefore never about highlighting the individual qualities (or deficiencies) of candidates. It is all about the party. Those (at the top of the lists) who make it into parliament therefore have no personal mandate.

As such, the vast majority of both the best-known and most-respected politicians in Romania are mayors, not MPs or senators. One of these is Emil Boc, once a deeply unpopular prime minister but now the highly successful mayor of Cluj, in Transylvania, regularly re-elected with Stalinesque majorities.

Nicușor Dan in the capital Bucharest, Dominic Fritz in Timișoara (both elected in the recent local election) are now household names across Romania, as is Ilie Bolojan, a former mayor of Oradea.

Ask any voter however for the names of the candidates on the party list he or she voted for on Sunday and – with a couple of exceptions – the chances are they would be unable to do so. Parliamentary politics in Romania is divested of personality. It is a system that facilitates the election of some unsavoury individuals to parliament, free of the scrutiny they would receive were they standing for election as mayor.

A look at some of those parliamentarians elected on Sunday on behalf of the populist, overtly nationalist Alliance for Romanian Unity (AUR – the acronym means gold in Romanian), which took a shock nine per cent of the vote, is evidence of this.

Take Sorin Lavric, now an AUR senator, who has written that “men do not look for intelligence or lucidity in women”, and that women who paint their toenails are “crass”. He said earlier this year that the return of Romanian Roma from Western Europe was a “social plague”.

Then there’s Claudiu Târziu, who has openly defended the violent Legionary Movement which was popular in Romania in the 1930s and briefly ran the country in the early 1940s, while another of the party’s newly-elected MPs is George Simion, a former leader of one of the Romanian national football team’s ultras groups. Fond of flares and smoke bombs, the ultras made it impossible, in the words of a prominent Romanian journalist, Oana Dimofte, “for parents to take their children to matches”. The ultras are also widely thought to have been responsible for violent clashes at otherwise peaceful anti-corruption demonstrations in 2017 and 2018.

Earlier this year, the ultras published an open letter calling on Mirel Radoi, the coach of the Romanian team, not to select the Portuguese-born Mario Camora. While Camora is now a Romanian citizen, according to Simion’s group his selection would be a threat to the team’s “integrity, identity and symbolism”.

The letter adds, tellingly, that the group has nothing personal with Camora, and that it in fact welcomes his decision to settle in “our country” – emphasis mine.

Well, if Camora is now Romanian, it’s his country too, regardless of his ethnicity and where he was born. I couldn’t help being reminded of those racist England supporters who abused the Jamaica-born John Barnes after his marvelous goal against Brazil in 1984.

And here lies the rub: for some of Romania’s ultras (who make up a large part of AUR’s support), only those who are pure-blooded Romanians can be part of the Romanian nation. This philosophy, often dubbed ethno-nationalism, formed the core of the Legionary Movement’s doctrine.

While AUR’s leadership have been scrambling since Sunday to declare that they are not neo-legionaries, “we’re radicals, not extremists,” said Simion, anything more than a cursory glance at the party’s website does appear to suggest that it at least shares the movement’s belief in ethno-nationalism: “[The nation] is an organic whole bound together by language, faith and ethnicity”.

It was Covid that won it

While there has been much panic in Romania since AUR’s surprise success in the election (the party was founded less than a year ago and not a single political analyst – including your correspondent – gave it any chance of winning parliamentary seats), it is unlikely to herald the beginning of an extremist revival.

For a start, it was not ethno-nationalism or irredentist promises to reunite Romania with the Republic of Moldova that won it seats, but the far more prosaic issue of Covid-19. AUR is opposed to just about all Covid-19 restrictions, and has downplayed the threat posed by the virus since the spring.

With all of Romania’s mainstream political parties in broad agreement that Covid-19 restrictions are necessary, there was bound to be room in the political landscape for an “anti-mask” group. AUR simply filled that void.

Of far more concern should be the low turnout, which allowed AUR to take nine per cent of the vote. This is the real danger to Romanian democracy, not a bunch of football supporters and Covid-19 deniers.

The politicians of any country in which more than two-thirds of voters feel themselves disenfranchised need to ask themselves some serious questions. While the outcome of the election would likely have been much the same at 50 per cent turnout (a centre-right coalition led by the Liberals and the Save Romania Union, with the Social Democrats frozen out), the leaders of those three parties need to find a way to reengage with Romania’s electorate, fast. Adding a bit of personality to the parliamentary electoral process might help.

Finally, it should also be said that AUR’s success could have two positive outcomes.

Firstly, the more extremist elements of the Liberal and Social Democratic parties will need to tone down their rhetoric for want of appearing to mimic AUR (both have their fair share of ethno-nationalists).

Secondly, the success of AUR and comparisons with the legionaries might finally bring the many crimes of the Legionary Movement back into the public consciousness.

For much of the past decade there has been a concerted and increasingly successful campaign among certain sections of Romanian society to rehabilitate the movement, portraying its members and sympathisers as patriots and anti-communists.

A cult of martyrdom now surrounds many of the legionaries who rotted away in Romania’s communist-era prisons. Given the name sfinţii închisorilor (prison saints), the research of academics such as Roland Clark (whose book, Holy Legionary Youth, is the definitive work in English on the Legionary Movement) proves beyond doubt that they were certainly not saints.

One passage in particular from Clark’s book, describing the Bucharest pogrom of January 1941, stands out:

“Legionaries began arresting Jews on January 20, and the following afternoon gangs of legionaries invaded Bucharest’s two largest Jewish neighbourhoods. They loaded roughly two thousand Jews – including children and the elderly – onto trucks and transported them to prearranged sites where they beat, raped and tortured them.”

Fortunately, though it may include Legionary Movement sympathisers in its ranks, AUR is not (yet, at least) a threat to democracy, and to suggest it is (as some have done) misses the point: Romania’s mainstream politicians need to find a way of reengaging with an apathetic electorate, else – unlike other populist parties that have come and gone over the past 30 years – the party will not become an irrelevance anytime soon.

Craig Turp-Balazs is the editor of Emerging Europe.

Traditional exports are at risk. Is cross-border e-commerce a remedy?
Hungary and Poland are bluffing
Comment