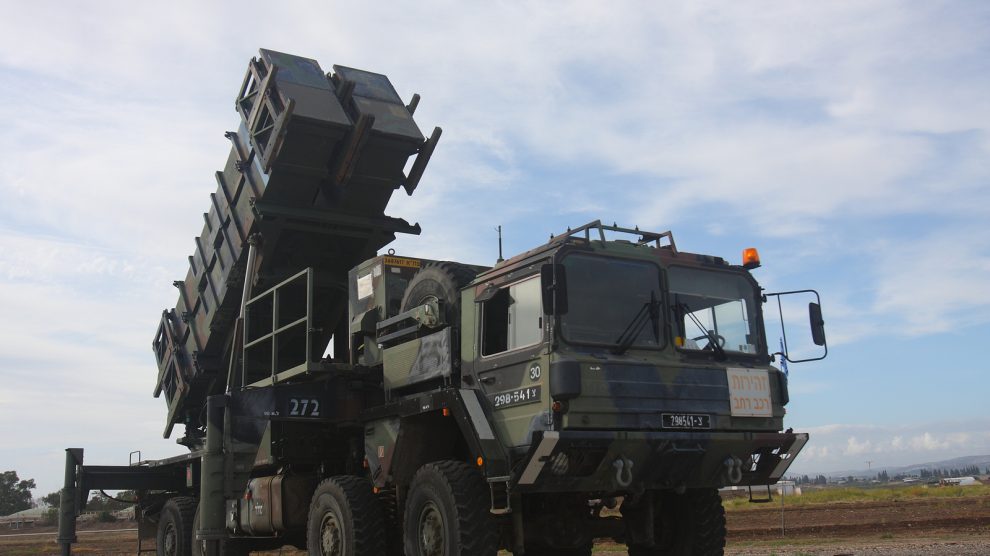 Israeli Prime Minister Naftali Bennett’s “neutrality” in the Russian war against Ukraine is outrageous and contemptible. It runs contrary to every moral principle that Israel is supposed to stand and fight for. Bennett must join the Western alliance in opposing Putin — a merciless tyrant who is committing crimes against humanity and must pay for it.

One cannot help but feel outraged by the conduct of Israel’s PM Naftali Bennett.

He, like millions of people around the world, is witnessing the unfolding horror of the Russian invasion of Ukraine but chooses to remain neutral. Neutral in the face of a shattered country that sought nothing but to be free, and neutral in the face of indiscriminate bombing raining death and destruction.

How can a prime minister of Israel remain neutral in the face of cities being reduced to ashes and millions of refugees petrified of what tomorrow will bring? As a father, how can he maintain absurd neutrality when children are dying in the arms of weeping mothers and helpless young girls cower in fear with no place to hide? How can a devout man no less exhibit such sickening aloofness when he sees the wanton destruction of schools, hospitals, and institutions and the ruthless defiance of human rights, when ten million Ukrainians became refugees or internally displaced, and when so many innocents are on the verge of death from thirst and starvation?

One might ask, what does it mean to be neutral? If you are neutral, what does this really translate to in the context of the unspeakable crimes Putin is committing against innocent Ukrainian citizens? In this case it simply means that while these crimes against humanity are happening in broad daylight, Bennett refuses to condemn the Russian butcher because of cold-blooded political calculations, which he justifies in the name of Israel’s national security.

Bennett’s absurd position of neutrality has profoundly disappointed Israel’s allies, especially the US, which is the only credible power that has committed itself to Israel’s national security, be that against Iran or any other foe. In light of what is happening we should examine Bennett’s reprehensible behaviour from two perspectives: Israel’s moral standing, and Israel’s relations with the United States.

Can Israel, given that its founding is intertwined with the Jews’ long and troubled history, assume a neutral posture when war crimes of such magnitude are occurring for all to see? How can Bennett abandon Israel’s basic moral tenets presumably because of national security concerns over Iran’s nuclear weapons programme?

By maintaining “neutrality”, Bennett is siding with a thug and a ruthless killer, who has become a pariah and war criminal who dishonours everyone who has not condemned him in the strongest terms. When the prime minister of Israel does not rise to the fateful cry for help and do what is morally right by standing shoulder-to-shoulder with Israel’s democratic allies and save the lives of thousands of innocent civilians, he is dangerously compromising the country’s international standing both on moral and political grounds.

With the indiscriminate bombardment, missile strikes, and drones killing thousands of people, the summary execution of civilians, and the flattening of whole cities, the invasion of Ukraine is itself a horrendous crime against a sovereign nation and a gross violation of international law.

Mass graves discovered in Bucha, a suburb of Kyiv, confirm that Russian forces have indeed committed war crimes. Civilians were executed with their hands bound and their bodies placed in shallow graves containing hundreds of bodies. These war crimes are a further trespass against humanity, a compounding of Russia’s transgression of all that we hold dear and sacred – including the dignity of human life and the right to live free from violence, brutality, and cruelty.

With all that unfolding horror, Bennett still refuses to provide air defence systems to stop these atrocities. Indeed, by refusing to offer such systems which can intercept projectiles without killing Russian soldiers, which, understandably he wants to avoid, he has become indirectly complicit in the horrifying death and destruction.

Israel’s detractors rightfully raise the question: has the decades-long Israeli occupation and the harsh way the Palestinians are treated made Bennett so morally numb and apathetic to the growing tragedy of the Ukrainian people?

It is no wonder; Bennett was born only five years after the occupation began; to him and many others, the oppressive and cruel occupation is simply a natural phenomenon. Bennett and his followers should recall what the philosopher and theologian Abraham Heschel once said: “Who is a Jew? A person whose integrity decays when unmoved by the knowledge of wrong done to other people.” Bennett must remember, politically or otherwise, Putin will vanish sooner or later, but Israel’s moral failure under his stewardship will haunt it for decades to come.

Israel’s relations with the United States

For Bennett to openly and repeatedly express total opposition to the US’ efforts to strike a new Iran deal, and by refusing to heed President Joe Biden’s call to aid Ukraine militarily, Bennett has effectively defied the only significant power that is unshakably committed to Israel’s national security.

Although Biden made it abundantly clear that the US will never allow Iran to acquire nuclear weapons, Bennett asserted, like his predecessor, that Israel will act against Iran as it sees fit, as if Israel can take on Iran’s nuclear program entirely on its own, which is an illusion.

This is where Bennett has demonstrated acute shortsightedness. America stood by Israel through thick and thin and never wavered. As the philosopher Cornel West observed, “We have to recognise that there cannot be relationships unless there is commitment, unless there is loyalty…”

Bennett seems to forget that the US, not Russia, will come to Israel’s aid on every front when needed, especially if it became necessary to destroy Iran’s nuclear facilities, which Israel can never do alone with all that might imply. And finally, it is the US, not Russia, whose strategic alliance with Israel stood the test of time.

Thus, when Israel does not join the US in support of Ukraine in this desperate hour of need, Israel is opening itself to the questioning of its loyalty and strategic relevance to America when nearly all the democracies in the world stood by the US and mobilised their resources against Putin’s evil design. The disaster which is being inflicted on Ukraine by Putin also raises the question as to whether Israel deserves better treatment from the US, especially now that it has rebuffed Biden’s call to aid Ukraine in a meaningful way to save lives.

Although the US continues to support Israel publicly, as Secretary of State Antony Blinken recently expressed while visiting Israel, the Biden administration hopes that Bennett will change his mind by offering to help and coming on board with NATO and the EU. Bennett must answer the desperate plea of Ukraine’s President Volodymyr Zelensky by providing air defence systems, such as the Iron Dome, to intercept the bombs and missiles that are turning Ukrainian cities into piles of rubble.

Bennett’s betrayal of Israel’s moral foundation because of cold-blooded political calculations will haunt him and leave him morally naked in the eyes of Israel’s friends and foes alike. Bennet must also realise that Israel’s fate is tied to America’s and the closer he ties it, the better it is for Israel. There must be no daylight between them, especially in the way of dealing with Iran’s nuclear threat. That is where Israel’s ultimate security rests while still remaining strong to deter any enemy. This may well be Bennett’s last chance to redeem himself and put Israel on the right side of history.

The whole world is watching.