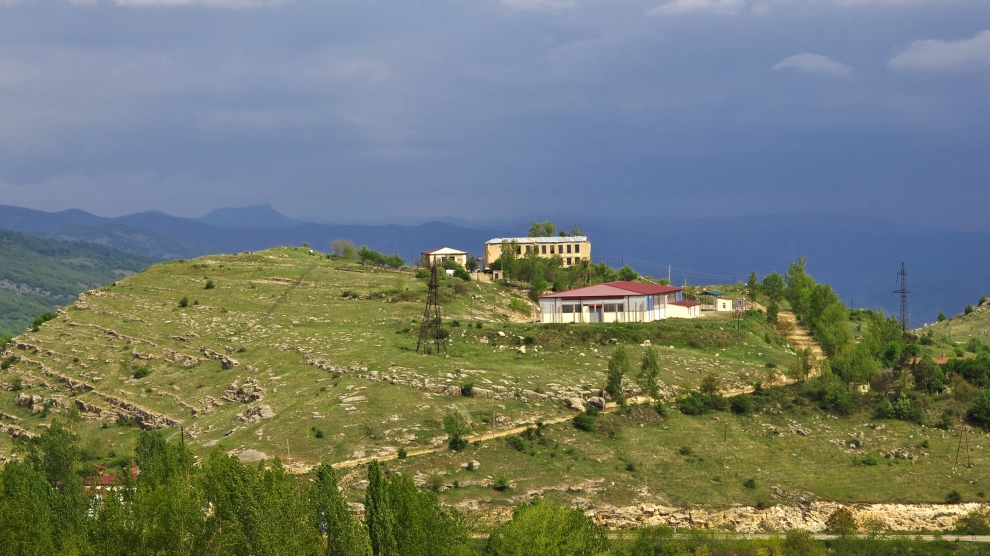 Fuad Isgandarov
Ambassador of Azerbaijan to the EU

The European Union should asses and take advantage of the new realities offered by the Nagorno-Karabakh peace process, says Fuad Isgandarov, Head of Mission of the Republic of Azerbaijan to the European Union.

Last week’s peace settlement between my country, Azerbaijan, and Armenia, is a historic moment for our countries, the Southern Caucasus region – and, we believe, the EU.

Peace for Karabakh means that international law has been restored, at a time when the EU often seems like an isolated beacon of justice. It is a landmark for those who believe in the peaceable co-existence of diverse communities. It means a major threat to Europe’s energy security and diversity of supply is removed. And it unblocks, after thirty years, a vital independent land corridor via Turkey-Armenia-Azerbaijan for trade between Asia and Europe.

The tragedy for both sides is this solution could have been reached without bloodshed at almost any time during the past two decades. The terms of the peace mirror repeated resolutions of the UN Security Council, as well as the demands of the negotiation process. Azerbaijan’s sovereign territory within international borders has been restored; Armenian troops will be withdrawn from all remaining sectors of Karabakh by December 1. An international peacekeeping force is already on the ground, and the UNHCR will oversee the return of the hundreds of thousands of Azerbaijani refugees who lost their homes during the 1990s conflict.

Fundamental to the Armenian government’s case for its occupation of Karabakh has been its insistence on the impossibility of peaceful co-existence. My government refuses to accept this. Azerbaijan, a Muslim-majority secular nation, prides itself on the diversity of its people and religions, with large and flourishing Jewish and Christian Orthodox minorities enjoying their rights as both citizens and people of faith. Armenians and Azerbaijanis live as neighbours in Georgia, in Russia, in Europe and the US. 30,000 Armenians still live peacefully in different cities and regions of Azerbaijan.

Azerbaijan’s President Ilham Aliyev has made clear that the ethnic Armenian citizens of Karabakh will be protected. He has also stated that all historical and religious monuments, mosques and churches destroyed or damaged in those territories will be restored. Gestures such as these, we hope, will help to build this trust.

But to provide for stability, we must also deliver prosperity. We know that regional co-operation is vital, and we are confident that it will be possible. Both nations are members, alongside other regional and EU member states, of TRACECA – the Transport Corridor Europe-Caucasus-Asia project. The remit of that project is extremely broad: it covers maritime transport, aviation, road and rail, transport security, and transport infrastructure. It is just one example that we can use to reach out to each other in partnership.

Europe remembers the post-World War II achievement of using the Coal and Steel Union, the EU’s precursor. It created a strong economic partnership in the continent, turning generations of hostility into ever deepening co-operation and friendship. Likewise, the peace dividend on offer in the Caucasus could transform the region. And we believe that there is a central role which the EU could play in this process. An international project of reconstruction and reconciliation in the South Caucasus is calling out for EU engagement.

At the same time, a destabilised Caucasus, with pockets of poverty and limited development, creates geopolitical risks that run counter to European interests. Moreover, in a world which for at least another generation will depend on non-renewable energy, the Southern Caucasus is both a vital source of oil and gas, and a strategically independent land corridor for the pipelines, rail and road links which connect the East with the West.

Political and economic realities have shifted in the Caucasus over the past two decades. Now, the potential benefits to the region and the European Union are self-evident. Though we had hoped it had been more forthcoming in its support for case based on rule of international law, we must now look to the future. I believe that European Union should asses and take advantage of the new realities following the peace deal.

A new bilateral agreement between Azerbaijan and the EU – almost completed before Covid-19 derailed it – should now be finalised. It will help the EU remain an important player in the region, not only economically but politically.

For there is much to look ahead to. The official inauguration of the Southern Gas Corridor multi-billion project – led by Azerbaijan with participation of member states and their companies – will take place in the forthcoming months. Then more widely, there are the new transport links on which trade can be deepened. Indeed, the EU has provided technical prowess in the Port of Baku and Azerbaijan’s rail, road and aviation connections, helping form an important, integral part of the Trans-European Transport Network (TEN-T).

The war is over. Yet the peace offers a win-win for the entire Southern Caucasus, as well as the EU.

Fuad Isgandarov is head of mission of the Republic of Azerbaijan to the European Union.

The solution to Europe’s digital challenge should work for everyone, everywhere
Rereading Poland
Comment