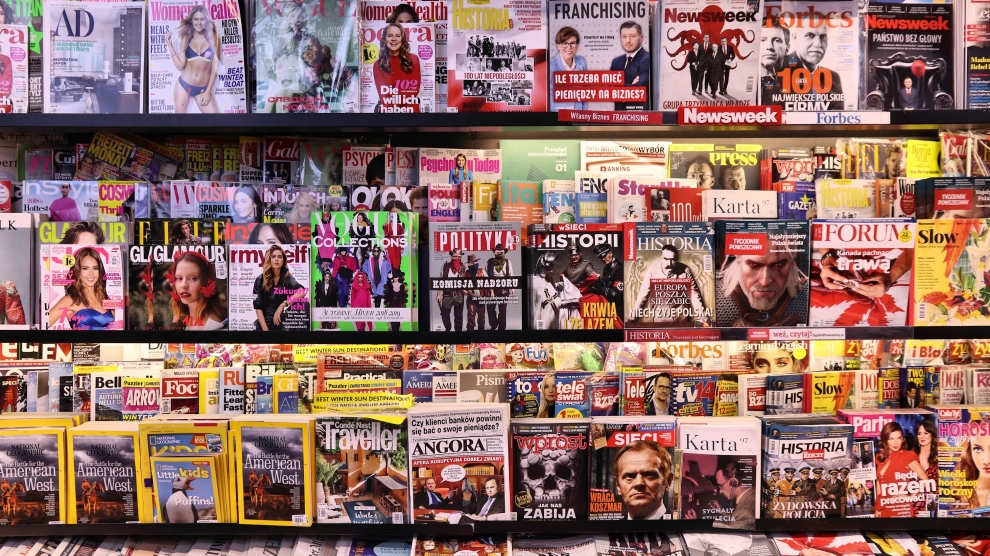 The British media love Poland, says Jo Harper, but have been misreading it. He offers a few tips on how to put this right.

I have spent the last 18 months studying British newspaper coverage of Poland’s last three elections: the European in May 2019, the parliamentary in October 2019, and the delayed presidential vote in July 2020.

This research, for a book that will be published in January, helped me through lockdown in a small flat in Warsaw with three preschool kids at home. Not something I want to repeat. It was driven by irritation and impotence faced with coverage that seemed at best unhelpful. With some hindsight, my reading was perhaps a little harsh on the journalists, given they occupy a pretty low rank in the news production process. But it was a cathartic process and might even help future reporters – and readers – better navigate what Poles like to call ‘Polish Reality’ and read between the lines of British media coverage.

I discovered that we Brits have a soft spot for Poland, but we prefer a specific version of it. My research found that British reporting on Poland has tended to do four things since Law and Justice (PiS) came to power in 2015: demonise the ruling party, idolise the opposition and marginalise the left; follow the line of the liberal-left media in Poland that all had been well before PiS arrived; divide Poles into ‘good’ and ‘bad’ and place LGBTQ issues centre stage.

With Donald Trump now defeated in the United States and Poland’s own populist leader, Jarosław Kaczyński, teetering on the political brink, the time for a rethink is perhaps overdue.

How we can change it

Firstly, step back from the fray.

It is difficult reporting on PiS, given its antipathy to foreign media and lack of a sophisticated PR strategy. I have great sympathy and respect for those that do it. But a word of warning: beware the trap of taking sides in a family argument.

Now, understanding doesn’t mean condoning populism. PiS is a balance of technocratic market-supporting, nationalist and statist factions, held together by powerful emotions and the fading charisma of the ageing Kaczyński. But understanding three key emotions (nostalgia, insecurity, myth and consipracy) can help gauge what drives the party.

Nostalgia: “Adversaries” have impeded “our” return to a longed for “swojskość,” the sense of familiarity associated with one’s home or homeland.

Insecurity: In the eastern European variant of postcolonial theory, a central position is taken by a vision of a Poland as a woman. The female embodiment of the motherland was usually a suffering body: tormented, unhappy, chained. Nationalism meanwhile is of course a movement that overtly dissociates itself from any contamination or deviation and the nationalistic male ideal has been strengthened in its search for perfection by isolating itself from a despised femininity, seeking out “countertypes”: a Jew, a homosexual, a hysterical women. Unmarried Kaczyński’s abortion project is a case in point.

Myth and conspiracy: The emotional element outweighs the intellectual, given the lack of evidence, but crudely: the 1989 deal between Solidarity and the communists was a stitch up. All other conspiracy theories – the 2010 Smolensk plane crash a Russian hit job, Lech Wałęsa a communist spy – follow from this.

What can we do?

We can rearrange our mental furniture, and we should start with the church. The standard version of the Polish church is that it is about timeless values and moral certainties. But this is liable to blind us to its diversity and flexibility. The Solidarity movement showed that secularists and the church can find common ground, while the recent anti-abortion protests show that popular disaffection with the church runs high.

Then there’s the opposition. We need to accept that the history of bending the rule of law didn’t start with PiS, that the party of former prime minister Donald Tusk was lukewarm in its support for LGBTQ rights until recently and that new political formations and unconventional ideas are imaginable.

We should also rethink ‘The East’. Rather than an ex-Soviet colony, Poland perhaps needs to be understood as also a former coloniser, and in relation to the western hegemons as a hybrid-colonee.

In the Cold War period the Iron Curtain set a clear geographical division into “us” and “them.” The border of these two systems’ was inscribed in the mental map, places inhabited by two tribes: the civilised “us” and the exotic, uncivilised “them.” The Other was, to use Arjun Appadurai’s term, “spatially incarcerated”.

During the 1980s a new concept of Central Europe appeared, which saw the region as an independent cultural entity, differentiating itself from Soviet Russia and the rest of the Eastern Bloc. The “new order” that emerged in the 1990s thus allowed Orientalism to es-cape the confines of space and time, with the border now mostly within societies. During 2020, for example, a new symbolic division was floated by some, namely the so-called “pink line,” again lumping Poland in the backseat of progress.

Poles’ attitudes towards the West can still be seen as a mix of desire and resentment, with many adopting the discourse of the West, blaming themselves for the failure of the Polish state but in turn also transferring this inferiority onto the lower social strata. Some also suggest that Poland’s anti-Russianism is connected with the emancipatory idea of Central Europe, which became a “politically expedient tool” enabling the region’s countries to gain acceptance from Western European institutions.

The time has come to rethink communist Poland, not as an exclusively negative and monolithic entity. Not all roads lead to the Gulag. Scholarship since 1989 has long challenged the teleological version of communism’s demise and there is a psychological need to accept that people lived and many thrived in the old system.

A more nuanced understanding of communism would help explain the socio-economic roots of PiS. Iván Szelényi, a noted Hungarian-American sociologist, suggests that a new professional intelligentsia, brought into existence by the educational boom of the postwar period, came into conflict with – and then allied within Solidarity to defeat communism — the semiskilled stratum of the working class, underpinning the social revolts of the late 1960s. In Poland, after the strikes of the 1970s, the regime used concession and repression, but failed to satisfy the new class, which no could no longer be contained: 1989 had begun.

If the first phase of the post-1989 era was dominated by the haute intelligentsia – the “Red Bildungsbürgertum,” around Gazeta Wyborcza, then post-2015 belongs to the “Kleinbürgertum”, or petit bourgeoisie, a class that preferred new cars to grand ideals.

British social anthropologist Chris Hann, meanwhile, proffers an interesting theory that the dictatorship of the proletariat in the communist era was, paradoxically, relatively successful, “which in turn was the key element in a significant redistribution of national income in favour of the former peasantry”. He suggests that post-1989 the reversal of this was a key factor behind not only economic dislocation but also political disaffection in the rural sector.

Political scientist David Ost argues that the notion of civil society in the 1990s became a way to paper over these class cracks. He suggested that liberals in Poland could “make progress and still remain patriots”. To the extent they said this aloud, he argues, they got run over by the “patriots”. To the extent that they hid it, they were unable to challenge the patriots. Polish writer Aleksander Smolar argued that the concept of civil society arrived under the influence of contacts with Western intellectuals. The idea of civil society fascinated both post-Marxist left-wing circles and neo-conservatives in the West, both looking in the East for an ally in the ideological struggles being fought out on their own patch.

Finally, let’s rethink gender. The foreign media is in full support of Poland’s LGBTQ community as a new avant-garde, as if replacing the noble workers of old. It is a strategy that will not answer the questions that PiS raises.

Jo Harper is a journalist at Emerging Europe, and a specialist in Polish affairs.