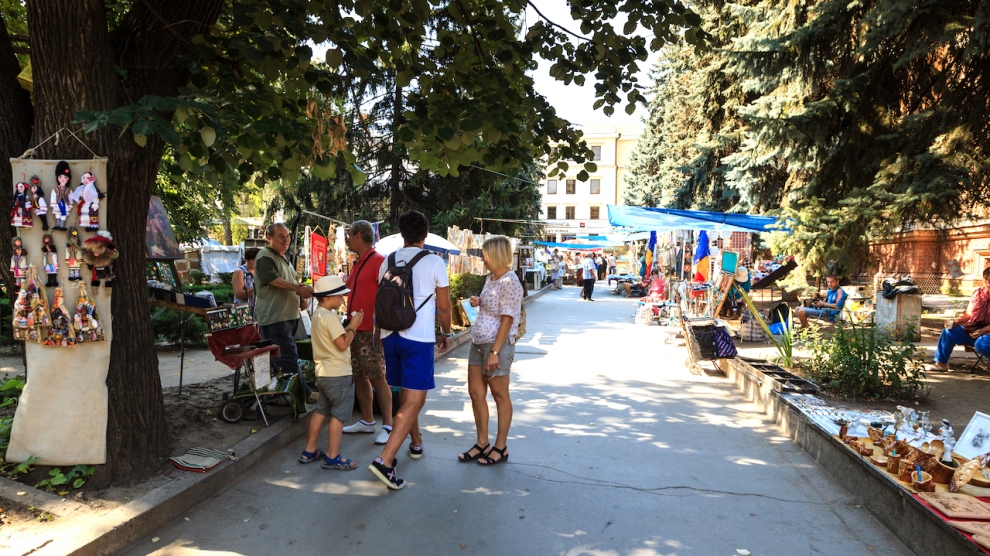 A recent public opinion poll confirms that Moldovan society is highly divided as regards its approach to the EU and Russia. 52 per cent, of those surveyed, would choose integration with the Moscow-backed Eurasian Economic Union as its preferred foreign partner, while 48 per cent favours European integration.

This division is not a surprise but remains a constant element, which is confirmed by all the polls of the last several years. What may be astonishing, however, is the decrease rather than growth of pro-European sympathies. This is despite the fact that Moldova was the first Eastern Partnership (EaP) country granted visa liberalisation (April 2014), and an Association Agreement and DCFTA (June 2014), as well as substantial development and financial assistance. It seems that those EU’s flagship projects bring very little results. The explanation can be found in the Moldovan domestic politics.

A dominant feature of the Moldovan political landscape is the close-to-monopolistic position of Vlad Plahotniuc. This ‘humble’ head of the ruling Democratic Party does not occupy any public post. However, it is an open secret that he is the most influential man in the country and who – after winning a long battle with his main rival, ex-Prime Minister Vlad Filat – now controls the parliamentary majority and almost all of the state institutions, including the Anti-Corruption Centre and the Prosecutor General’s Office.

Plahotniuc is not only the most powerful politician, whose prerogatives go beyond the constitution, but also the richest citizen of this poorest country in Europe (his assets are estimated at around 30 per cent of the Moldovan GDP). The level of his unprecedented influence allows many researchers to claim Moldova is a classic example of a capture state.

After the presidential elections in November 2016, which were won by Igor Dodon who is known for his pro-Russian agenda, many observers began to claim there was a certain political balance between the ‘pro-Russian’ Dodon and the ‘pro-European’ Plahotniuc. However, this explanation is only partially true. Obviously the president, whose position in the Moldovan political system is mostly ceremonial, is interested in making a pro-Russia opportunity. He has called a referendum, which should give him more power, although it will just have a consultative character and there is little chance that its results would be accepted by parliament.

At the same time there are important reasons to think that an informal cooperation between the two politicians exists and what is presented publicly is to some extent a directed political show. Paradoxically, Plahotniuc is interested in the pro-Russian president, because it increases EU support for him.

The Western institutions may continue their harmful fantasy that Plahotniuc can boost reforms, which Moldova badly needs. A Plahotniuc-backed government will not bring Moldova any closer to the EU. On the contrary, it will make Moldova’s European integration process much longer. Any genuine modernisation would diminish Plahotniuc’s power because it would bring more political pluralism and de-monopolise the economy. Economic life is currently driven by remittances that equal 24 per cent of Moldova’s GDP. Welcome to a third world country, in Europe.

Another paradox is that the current, nominally pro-European, government is acceptable to Russia because of its unwillingness to implement reforms which would bring Moldova closer to the European model. A successful modernisation of any country in the region in-between Russia and the EU would pose a serious challenge to Moscow and would shatter Russian plans to reintegrate the post-Soviet space into the framework of the Eurasian Economic Union.

It is worth remembering that, until recently, Moldova was portrayed as ‘a success story’ of the EU’s Eastern agenda. For many years Brussels (and some member states) invested politically and financially in the allegedly pro-European ruling class, who had no intention of transforming their country. As a result Moldova now looks more like a ‘failure story’.

If Brussels has ambitions to influence the situation in this smallest of the six EaP countries, it has to first of all see the real picture and to be a demanding partner. The previous political line taken towards Moldova should have a quick alternative. Additionally, because Moldovans perceive Plahotniuc’s highly unpopular (trusted by less than two per cent of citizens) and corrupt regime to be sponsored by the EU, the result is diminishing popularity for European integration.

Wojciech Konończuk is a senior fellow at the Centre for Eastern Studies (OSW) in Warsaw, where he heads the department for Belarus, Ukraine and Moldova. Prior to joining the OSW he was a coordinator of international projects at the Batory Foundation. He was also a visiting fellow at the Kennan Institute in Washington, DC. His expertise includes political and economic situation in Eastern Europe countries. He writes extensively about the region.