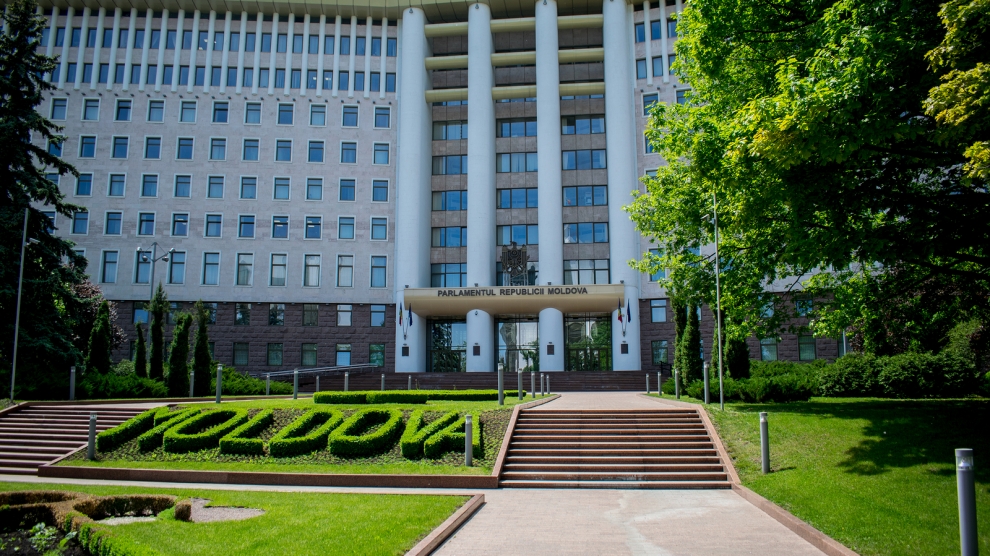 As Deutsche Welle have reported, Morari’s sudden suspension in December came “after Viorel Morari’s announcement that he had decided to resume the investigation into Russian financing of the Socialist Party”.

Accusations that President Dodon receives material assistance from the Russian Federation have circulated in film footage, where the president is heard discussing financial assistance needed to sustain the PSRM with a senior Russian officials. Separately, Morari had called for the president and his proxies to answer for illegal campaign donations received from offshore entities in the Bahamas and allegedly the United Kingdom, amounting to 1.5 million US dollars. Morari has also pressed the PSRM to answer questions on the 2015 theft of one billion US dollars from Moldova’s financial system. This is a significant crime for which Dodon has sought to blame his critics, and justify the use of force against his opponents – notably businessman Vladimir Plahotniuc, who the president claims was responsible. Now, Viorel Morari – who finds himself held in a regular penitentiary, instead of pre-trial detention – is also a culprit. As yet, no evidence has been provided by authorities.

A demure, efficient, and well-regarded civil servant who did not bend to power, Morari was often cited by embassy staff as one of the only signs that the country’s profoundly corrupt justice system could reform. Moldova’s judiciary has been the subject of extensive criticism—by both civil society, and the wider international community, not least the European Union. Yet the problem is greater than envelopes of money in exchange for favourable judgments by corrupt jurists. As Freedom House states, “Moldova inherited the Soviet tradition of judicial subordination to the executive power. Further eﬀorts are still required to guarantee judicial independence in practice”. Morari frequently showed through his actions, and not his words, that justice required the separation of power(s), and the justice could be applied in equal measure to all.

President Dodon’s victory in local elections, dismissal of the prime minister, appointment of a technocrat government comprising more than five of his advisers, and rejection of Moldova’s relationship with Europe in favour of better ties to Russia has seen the ruling Socialist party resort to increasingly authoritarian tactics. Yet Morari’s case is particularly alarming, because he was one of few actors to give foreign investors confidence. The Socialist party’s swift power grab has resulted in alarming trade shifts – with a 40 per cent surge in in-flow from the former Soviet Union barely accounting for one third of the business lost to European investors who can’t tolerate the risks posed by state capture.

Morari had offended President Dodon on many occasions. But he had also caused many people in the Republic of Moldova both hope and frustration, for interpreting the law according to statute – not for personal gain, or to secure proximity to power. The 2016 campaign finance case Morari has brought against the Socialists, raises critical questions for which Moldova requires answers – specifically concerning breach of campaign finance laws and wire fraud.

President Dodon’s refusal to answer this case are particularly disturbing, particularly as the charges Morari must now face are so farcical that they practically befit the work of satirist Nikolai V. Gogol.

Only two months ago, Morari was pressing for the president to answer for the Socialists involvement in the bank theft, while simultaneously issuing search warrants and asset freezes against the Socialist’s main opponent, Plahotniuc. In a press release issued moments before Morari’s arrest, the Anti-Corruption Prosecutor finds himself charged with “registering a criminal case against the legal requirements” and subsequently “starting a criminal trial and prosecuting and falsifying several criminal acts in [that] criminal case”. This is NKVD speak for Morari now being guilty for exactly the same charges that he asked the president to answer – practically to the letter. Except unlike the president, Morari is not implicated in breach of campaign finance charges that an independent journalists collective, have already proven true – through recourse to a simple paper trail, the provided damning evidence against the Socialists.

As RISE Moldova highlighted via their investigation in to donations by foreign entities in the 2016 campaign, Viorel Morari’s case against the president concerns 18 loans, remitted by a Moldovan bank in which the president has significant influence via familial ties, to entities in the Bahamas, and possibly entities in the United Kingdom (specifically, Scottish Limited Partnerships). Via a relatively simple loan system, used in rudimentary money laundering by petty criminals, that money was then remitted by the same entities to individuals in the Republic of Moldova as campaign donations to the president’s party.

The money lent to the 18 individuals in question belonged to regular people, who deposited the funds in regular accounts as savings. Of the 18 loan agreements, 17 remain unpaid today. This has unfortunate similarities to the wire fraud for which the president repeatedly claims his enemies are responsible. Yet the wire fraud which occurred incrementally until its exposure in 2015 was so complex in scope it took auditor Kroll months to unravel. Dodon’s alleged involvement in foreign campaign donations is a far simpler crime to unpick, as Morari knew well—which is why the Anti-Corruption Prosecutor has been summarily jailed.

To most, Morari’s containment in isolation for charges that he acted for “personal interests, as well as for the interest of the petitioner and for others in his entourage, in order to protect them from being involved as suspects in the criminal case regarding [this] bank fraud” is preposterous. The international community must understand that President Dodon has used the collective  shock at bank theft to justify the absolutely unjustifiable.

If we expect Moldova to adopt the “Western” ideals we espouse, and not allow the country to drift toward Moscow, it is critical we speak for men like Viorel Morari—who may not have the trans-national clout of multinational investors, or lenders—but remind all of the former what fair dealing and real democracy is all about.

Morari was not afraid to be involved in the discussion, and to call rank on power, even to the detriment of his freedom. Blood is spilled and freedom annulled, to give us fair politics and honest business. These are both things which Moldova needs, but which will never take root—without individuals in civil society and government who are willing to challenge the authoritarian direction President Dodon appears to consider Moldova’s true path.

This opinion editorial – the views of which are the authors’ own – was co-authored by Andrew Hunter.

Why Bosnia and Herzegovina’s Platform for Progress Movement is looking forward to local elections
In 2020 we can tackle the divisions in society and between nations, if we build bridges again
Comment