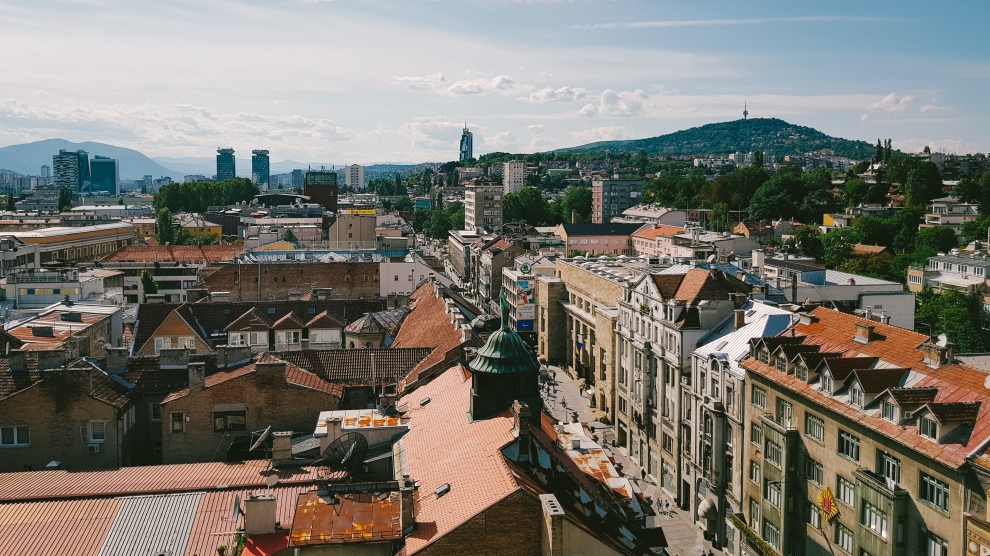 “What made the day so special was the fact that we were in Banja Luka,” says Mirsad Hadzikadic, president and founder of the Platform for Progress Movement. “The atmosphere was wonderful, the people were joyous, and they celebrated the fact that we were there. The event was rich with content; the candidates for various positions were wonderful, young and energetic.”

The event was streamed on Facebook Live and TV1 out of Sarajevo. Viewers from around the globe were able to view and witness all of the proceedings as well as the most sophisticated form of electronic voting to date by the Platform, which has been used at all of its events thus far. Those watching from their homes and in attendance could see the total number of votes that had been cast and immediately see the results of those votes.

During the voting, delegates adopted the new bylaws of the Platform and selected the organisation’s leadership. Hadzikadic was again voted president of the Platform. But one of the highlights was the election of Aleksandar Eskic, a Bosnia Serb, from Banja Luka, as vice-president.

“This indeed was a wonderful moment,” says Hadzikadic. “Even though nothing in the programme is specific to nationality, religion or identity, the mere fact that the assembly made up primarily of Bosniaks elected Aleksandar to such a prestigious position demonstrated that we are for Bosnia and Herzegovina and all citizens, regardless of who they are. The vote exemplified the fact that people are hungry for that attitude with the election of Aleksandar.”

Hadzikadic added that the Platform has many supporters – Bosnian Croats, Bosnian Serbs or Catholics, Eastern Orthodox Bosnians, Bosniaks or Bosnian Muslims, and those of the Jewish faith – but they are often afraid they will be shunned by their own as traitors. In fact, he says Bosniaks are afraid to openly support the Platform because of their fear of the nationalist parties, of which they belong, will remove them from their jobs.

Hadzikadic also took pause following the vote, as he realised that he, the president of the organisation, was born and raised in Banja Luka.

In his closing remarks, Hadzikadic promised the crowd, both in attendance and viewing remotely, that the Platform will not cheat the citizens of Bosnia and Herzegovina by stealing funds, lie about activities, or run for political positions they are not capable of performing at the highest levels. He vowed that the Platform would be judicious in identifying and governing the state resources of the country in such areas as education, healthcare, the judicial systems. He pledged to change the landscape of the current malady of the mass exodus of citizens from Bosnia and Herzegovina so that businesses could feel safe once again to invest their money in new ventures. He affirmed his commitment to reestablishing the moral fabric of the society and their system of values and prevent the corrupt misuse of public resources such as taxes.

“No one has ever given that promise to the citizens of Bosnia and Herzegovina,” says Hadzikadic. “I asked them to vote and take an oath on that this is how ‘we’ will behave. That any member of the movement or any member of the Platform, who will assume an offer or be elected into any governing in the country – they understood and embraced the idea that this is who we are and who they are. This was a very proud moment for me, very moving.”

In its move towards democracy, the Platform also established two positions for gender balance on the governing board. If there are currently more men than women, then two women would be elected and vice versa. It was also voted on and approved that there will be youth representatives on the governing board moving forward. Hadzikadic was also very impressed with the quality of candidates – those selected at the local level or those picked by the human resources team within the Platform.

“They were mostly young, eloquent, and made up of those who currently reside in the country, as well as the disapora,” says Hadzikadic. “It was a ‘wow moment’ for me to see them gathered on the stage, that the Platform was able to attract people such as this. They all had noticed something different, a change, and wanted to be a part of it. They want to take on the message of the Platform, taking the flag and running with it and carrying it.”

It truly was an emotional day for Hadzikadic. For the first time, he says, “it just wasn’t about Mirsad anymore.” He realised it was now a large group of people who believe in something and at this moment in time that the platform had really assumed and grown enough to represent a powerful force. As the entire gathering began to sing the Platform anthem over and over, Hadzikadic found himself moved to tears.

“It was at that moment that I could see the tears follow in my eyes,” says Hadzikadic. “To realise this is something really big and we were able to fill the largest ensue in Banja Luka with people from all over the world who paid their own money to just be there. I then realized this is much bigger than I ever thought it was going to be. More profound and more stable in terms of long-term growth and that it was not about me anymore. It is now a system, a movement with a set of ideas that will live. It was so beautiful to realise you are disappearing, that it is no longer about you, but something larger than you.”

The next challenge for the Platform will be local elections, scheduled in October 2020. The Platform is hoping to secure at least three mayorships and as many municipality council seats as possible, as it strives to establish itself as a key player moving forward towards the presidential elections in 2022.