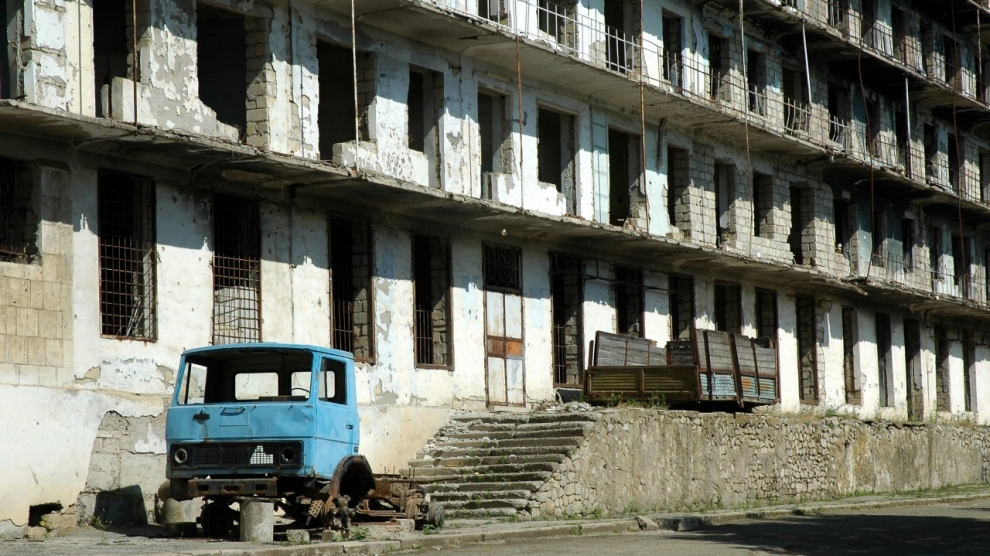 The war in Ukraine stands as a pressing test of Western commitment and resolve towards European security. But another security threat is emerging, with a real risk of rapid escalation. This new threat, emanating from the Nagorno-Karabakh region, pits Armenia and the Armenian-populated Karabakh against Azerbaijan.

Long regarded as one of several “frozen” conflicts within the former Soviet space, in recent years, fighting over Nagorno-Karabakh has transformed the definition from a “frozen” to a kinetic conflict. As a rebuke for the ongoing diplomatic mediation by the Organisation for Security and Cooperation in Europe (OSCE), April 2016 marked the most intensive fighting since the early 1990s.

Because it is a geographically remote and simmering conflict, the geopolitical implications of the obscure Nagorno-Karabakh region have been largely underestimated. Despite a lumbering peace process endowed with neither peace nor much of a process, the conflict has been subject to a period of benign Western neglect. Such strategic inattention is particularly dangerous, for three main reasons.

First, from a broader strategic perspective, the Karabakh conflict stands out as the one local dispute with the inherent risk of quickly expanding in the event of renewed hostilities. More specifically, this conflict has the potential to compel the direct engagement of several larger regional powers, whereby a repeat of combat operations in the recent “four-day war,” in April 2016, will force Turkey, Russia and even Iran to respond. In addition, mirroring the miscalculation and forced compulsion to act, Karabakh may trigger a much wider World War I style escalation of confrontation.

The second driver for concern stems from the likely Russian response to renewed fighting. As with the fighting last year, Russia was the only player capable of reacting quickly enough to effectively halt the fighting. But unlike that experience, Russia is more prepared this time and may leverage the fighting as an opportunity to deploy Russian peacekeepers to the region. Such a scenario, of Russian power projection, could be feasible, as only Russia is in a position to respond, and this would be likely, as the lack of any Russian presence in Nagorno-Karabakh has long been seen in Moscow as an unacceptable weakness.

From a European perspective, such a scenario would only consolidate Russian dominance over this part of the so-called “near abroad,” thereby effectively ceding the area to Russia’s sphere of influence. This third factor would also greatly endanger recent moves, by the EU, to engage both Armenia, which is set to sign a new agreement in November, and Azerbaijan, whose renewed interest in a new strategic partnership with the EU is a welcome success in salvaging the beleaguered Eastern Partnership (EaP) programme.

Against this backdrop of escalating tension and the real risk of renewed fighting, there is an imperative to de-escalate the Karabakh conflict through engagement, in two areas. First, with the promise of cooperation over confrontation, the EU could work with, rather than against Russian interests, by seeking a more ambitious policy of engaging local officials and actors in Nagorno-Karabakh. Based on a “status-neutral” approach, where any engagement in Karabakh would infer neither recognition nor recrimination, the EU could bolster the stalled diplomatic process by leveraging both Armenia’s interest in the EU and Azerbaijan’s frustration with the lack of progress from the OSCE mediation.

The second opportunity is both more tangible and more viable, and involves direct support for “track two” efforts between Armenia, Karabakh and Azerbaijan. With the synergy and success of similar “people-to-people” contact between Armenia and Turkey, this focus on track two engagement would focus on three key objectives: to elevate the level of discourse and challenge the conflict narrative in each country; to provide the political cover and widen the space for further official contacts and to invest in the preparation of each society for the necessity of compromise, an essential step that has been seriously neglected in each case.

Given the strategic significance of the emerging threat from renewed a war over Nagorno-Karabakh, the imperative is to engage now, before this kinetic conflict spirals dangerously out of control.

Richard Giragosian is the founding director of the Regional Studies Centre (RSC), an independent “think tank” located in Yerevan, Armenia and serves as a visiting professor at both the College of Europe Natolin Campus and Yerevan State University’s Centre for European Studies (CES). Prior to moving to Armenia in 2006, he worked for twenty years in Washington, including service as a professional staff member of the Joint Economic Committee (JEC) of the US Congress. Twitter: Richard_RSC

Serbia’s New PM Is Cut From a Familiar Cloth
How strong is V4?
Comment