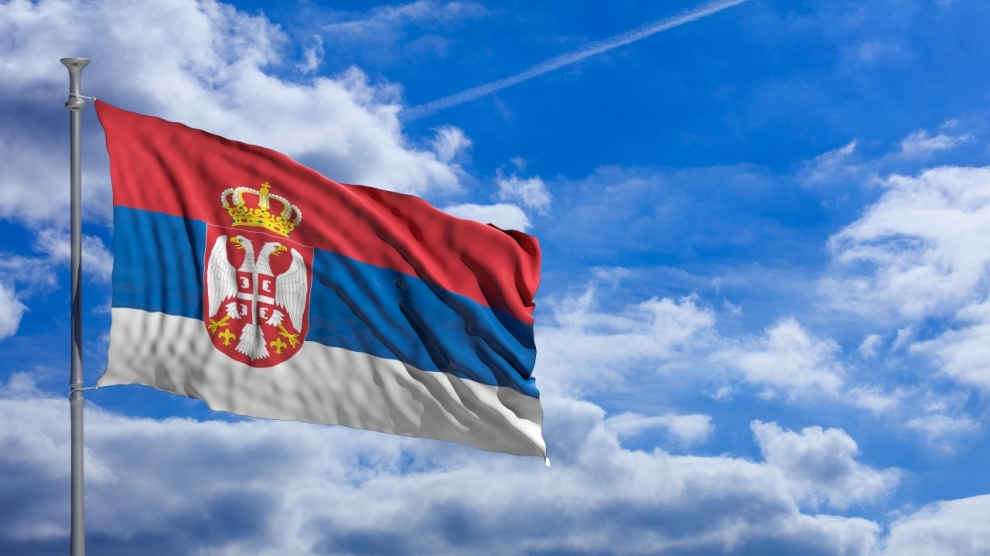 In October 1999, Serbia entered the final and most intensive phase of the non-violent toppling of autocrat, Slobodan Milošević, whose reign was highlighted by rampant nationalism, cronyism, aggression and war crimes.

This endeavour was heavily supported by various structures from the West. It assumed some heavy compromises with high officials of the Milošević regime, as a part of non-violent strategy, especially with those from the security system. Obviously, compromises were made with those from outside who supported the entire process. As a result, the first democratic Serbian government, which was led by late prime minister, Zoran Đinđić, was composed of experienced local politicians and of several technocrats, pretty unknown to the wider public. They came mostly from posts they’d held abroad, in other countries that were undergoing economic transition towards a liberal economy, and they were linked to the work of the International Monetary Fund or the World Bank in these countries.

Technocrats have held posts in every government in Serbia since, although this is not in the spirit of a Serbian political system which stipulates that cabinet ministers should vote on all laws proposed within the government. It was necessary to have technocrats as ministers because of the scope of the reforms that needed to be carried out. They also served as some kind of a buffer between the leading majorities and the public, because of the tough political decisions that had to be made, and related to extremely complicated situation inherited from Milošević time.

But, PM Đinđic’s government had a vision and a course. He had politicians who were shaping and executing this vision, as well as technocrat-ministers who were predominantly operationalising political decisions. The assassination of Đinđić, back in 2003, brutally demonstrated that such mixed governments, with many technocrats, cannot survive an unexpected crisis when the political leadership and vision are needed more than in regular times.

The new Serbian Prime Minister, Ana Brnabić, who could probably also be seen as a technocrat, but without the experience or background of some of the others, is not the first top-level official who has come to power in Serbia without even running for any office. In the period before the coalition around Aleksandar Vucić, Tomislav Nikolić and their Serbian Progressive Party (SNS) came to power in Parliament and Mr Nikolić became President of Serbia. The economic expert, Mirko Cvetković, who also did not participate directly in the election processes, was Serbian PM on behalf of the Democratic Party (DS) which had a majority with its coalition. At that time, the party’s head, Boris Tadić, was in also President of Serbia.

The current situation resembles the one described above-namely that power in Serbia sometimes passes from the government to the president, even though the Serbian Constitution and laws, which define the work of the Government, stipulate that it is the Government that creates and leads Serbian politics.

Ms Brnabić emerged onto the Serbian political scene by assuming a post in the cabinet of minister of the Ministry of Public Administration and Local Self-Government in the Vučić-led government, in 2016. Prior to that, she was close to several private companies, the most relevant ones being those that deal with renewable energy. She also was engaged with the USAID-financed structure, the National Alliance for Local Economic Development-NALED, which can almost be seen as yet another local NGO.

She proved to be loyal to PM Vučić or/and to private interests coming from the West while defending Nikola Petrović, Mr Vučić’s close subordinate in one of the bigger scandals related to corruption, which was even mentioned by several US Congressmen. The public does not know much more about her values, political affiliations or her ideas about the contemporary word and especially Serbia’s position in it.

The fact that she was born female and gay means nothing in predicting her values and policies and by no mean makes her pro-West. Mr Vućić, being cunning, counted on this. His decision to appoint her probably had more to do with his personal experience and knowledge that even a loser can climb up and assume great power in Serbia (he did lose back in 2012, while Mr Nikolić and the SNS won). He assumed this power, but does not want anyone around him to even try. Hence, he has encouraged the politically inexperienced Ms Brnabić who has no party or constituency base.

Her first official outing, on which one can predict her reign, consisted of her reading excerpts of her expose document, in Parliament, during the confirmation session that occurred because of government reshuffling, as Mr Vučić assumed his new post as Serbian president. Her document sounded more like the extended program of her previous Ministry rather than a political platform for the entire government, and one that should have contained a more precisely defined security and foreign policy alignment.

Although Serbia agreed the Individual Partnership Action Plan with NATO, two-and-a-half years ago (and which is the framework for the highest form of cooperation with NATO for countries who do not express membership intentions), she did not mention it, referring to it only in one sentence as Partnership for Peace. She did not mention, at all, the poor situation in the security sector and in field of war crimes’ prosecution in front of domestic courts. She was Vučić-like, harsh to those in parliament who criticised proposed policies or her previous work, calling criticisms insults, and she demonstrated a very short temper when asked by one of the MPs about in which country the Serbs from Kosovo live nowadays.

This became especially obvious after a serial of interviews that she gave to foreign media outlets, first to the Sputnik office in Serbia, then to Bloomberg and finally to the BBC. In her poor attempt to demonstrate that her government will be one of “continuity” with the Vučić led one, she actually did prove it, but additionally she confused foreign and domestic policy on Serbian-Russian related issues, giving pretty differing statements to different outlets. In the Sputnik interview she continued to accentuate her patriotism, which was uncalled for. Additionally, on several occasions she repeated how much she respected contemporary Russia.

But the hallmark of her, up till now, new position was the fact that she took a transcript of her Bloomberg interview, to the Russian Ambassador to Serbia, in order to appease him, and to demonstrate that she had been misquoted.

But the ball is not in her, or even President Vučić’s, court these days. It is the EU that has to strike a consensus among the member states and to open negotiations on Chapter 31, the Common Security and Foreign Policy, for Serbia, sooner rather than later. This would be a litmus test for all of the ruling structures’ real commitment to EU integration in the new strategic environment, one that many have been successfully avoiding presenting to the Serbian public.

The current run narratives along the lines of “yes, we are committed to EU membership but only if this does not affect out traditionally good relationship with Russia” has no foundation in history, and coming from the Serbian side no longer holds true. It is not Serbia, but the EU institutions that creates these conditions. The same goes for the Russian side, whose officials restate that in general they do not object to the Serbian EU path but, only if it does not jeopardise their interest and plans.

The member states do not help as they do not have a consensus on Serbian negotiation chapter with the EU 31-CFSP — that would ask us to make our mind on Russia, waiting for Kosovo to be solved. They are afraid that Mr Vučić and Serbia cannot maintain both issues in the same time. Vučić and Co, of course exploit it.

Russia in the picture

Serbia faces its own challenges, if not always fair elections, voted for EU integration, that assume and legitimise EU and member states’ involvement in its internal affairs. The same does not go for Russia. Unfortunately, a “multi-speed Europe,” where the Western Balkans region is outsourced to several member states, via the Berlin Process, only adds to the downward spiral drop of public support for the EU, caused predominantly by the Serbian cabinet ministers, President and PM and their media negative lukewarm campaign. Additionally, the EU and the member states’ reluctance to put Serbia on the spot with regard to Russia, in a weak attempt not to provoke Russia further, or not to provoke Vučić further, as long as something final does not happen with Kosovo does not help.

Added to this is the Russian non-democratic influence, which contrary to the rest of Europe, faces an “open door policy” of the Sebian government. This trend can easily be exploited by the genuine non pro-West forces here, which many in the ruling party are. It could also even be used by foreign actors to formally drag Serbia off the EU path, which would have hugely dangerous internal and external consequences.

One new PM, even one that finally does not come from the wars and war crimes burdened environment of the nineties (which is the major and, so far, the only good news about her), cannot change a lot in the current constellation, no matter how optimistic the superficial West, which is wrapped up in myriad of its own issues, has been about her.

Jelena Milić is the director of the Centre for Euro-Atlantic Studies in Belgrade.