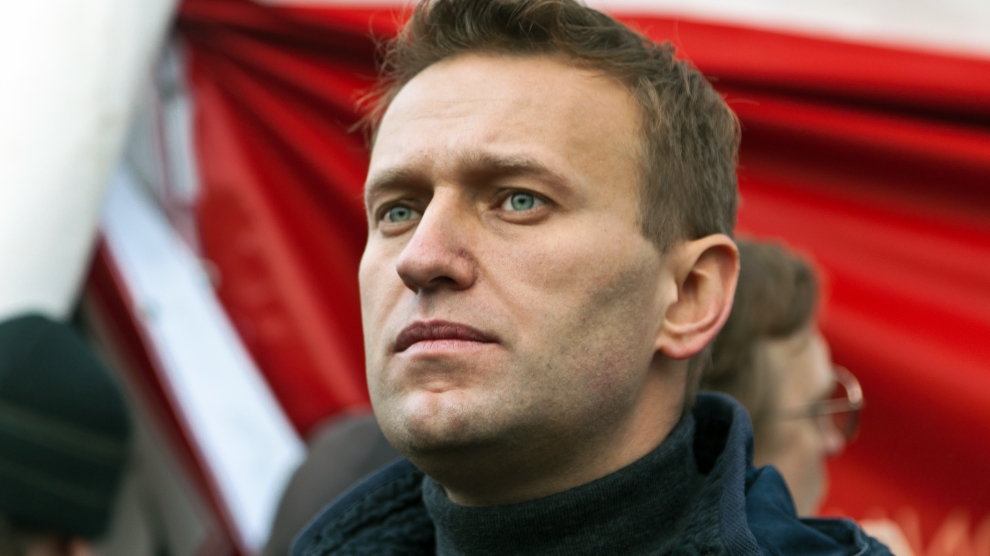 A ray of light emerges from the darkness; after emerging from his medical induced coma, Alexei Navalny, the Russian opposition leader, is now able to walk and speak – “technically alive” in his own words. The German medics have also confirmed the likely cause of his illness – Novichok – which has subsequently been confirmed by two independent French and Swedish laboratories. This is the same deadly nerve agent that used in the attempted murder of Sergey Skripal, as well as an incident still under investigation in Bulgaria.

It’s clear that the expulsion of Russian “diplomats” from embassies across liberal democracies that followed the Salisbury incident has done nothing to dent the disregard with which the Kremlin and its intelligence agencies treat international norms. Make no mistake: the continued meek responses of western governments to outrageous acts – the first malign use of chemical weapons in Europe since World War II – have emboldened Russia to continue to flout the law.

The list is depressingly long: Crimea and the occupation of eastern Ukraine, the shooting down of MH17, human rights violations in Syria, the use of mercenaries across Africa, the Middle East and Latin America, attempts to interfere in sovereign democratic processes in France, the UK, Poland, Czechia, Bulgaria, North Macedonia, Montenegro, the use of polonium in London, and the murder of political enemies, journalists and civil society activists in Russia and beyond.

Most of these actions have been followed up by sanctions, and the diplomatic slap of the wrists, and stern warnings at press conferences and in the UN General Assembly. But it’s not enough. The attempted murder of Navalny – surely – must be a game-changer.

Policymakers have to wake up to the fact that Russia, under Vladimir Putin’s leadership, will never change its behaviour until there is a real cost to its actions. That there are painful, palpable consequences that make the Kremlin’s cost benefit analysis of breaking international norms not worthwhile. As Catherine Belton’s brilliant book, Putin’s People makes clear, the nexus between Russia’s ruling class and a corrupt financial kleptocracy is the very foundation of the regime. That’s Putin’s Achilles Heel. Target the money in a serious way, and the regime will very quickly sit up and take notice.

As well as Navalny’s apparent signs of recovery, there’s more good news. A growing recognition among governments in Europe that the public rebukes in diplomatic language and meaningless financial sanctions targeting individual Russian officials are not curbing behaviour.

The first hints of a change in approach came with comments from the German Foreign Minister Heiko Maas. He told the media, “I hope the Russians don’t force us to change our position on Nord Stream 2.” As if to double down, Chancellor Angela Merkel’s spokesperson made clear she was in agreement with her minister.

This is a major change from a European power that has twisted itself in knots previously. The German policy, mirroring many Western powers, has previously been reluctant to mix geopolitics and business. No longer. Even Putin’s enthusiastic continental cheerleader, Gerhard Schröder, is conspicuous by his silence. Schröder represents everything wrong with Europe’s attitude up to now – happy to enjoy the financial benefits of a close relationship with Russia, without any of the moral responsibility of calling them out. He famously described Putin as a “democrat through and through”; how hollow those words seem today.

Nord Steam 2 is key opportunity for Merkel to wrong the rights of the past. It will come at a cost. Hard decisions often do. The project is nearing completion, and there will still be questions around Germany’s energy security. But the only way to change Russia’s behaviour is to show we take their violations seriously.

It’s not only in Germany that there are opportunities to demonstrate to the Kremlin that there is a cost to breaking the law. In Georgia, for example, Russia has been bullying the Georgian government to reverse the acquisition of Caucasus Online – one of the country’s largest internet providers – by foreign investors.

It’s a classic example of Russia ignoring international norms; the sale went through months ago, following all procedural and disclosure obligations, but Georgia has since amended its telecommunication laws to ensure it can unilaterally reclaim control of assets it deems strategic.

The deal was part of a wider, independent digital infrastructure project, aiming to connect Asia and Europe and thereby reportedly improving internet access for 1.8 billion people. If it is reversed, this project will be barred from Georgia and will not be left with many alternative routes. The most infrastructurally viable of which is, of course, Russia. Like Nord Stream 2, Russian lawmakers, lawyers and oligarchs are pushing hard for the reversal.

Just like Germany, Georgia and others in the region must stand firm. And wherever possible, identify areas that will financially cost the Kremlin and its cronies: Nord Stream 2, Caucasus Online and other programmes. Because until we draw a line in the sand, and say “enough is enough”, we can be certain there will be more Alexei Navalny’s in the future.

Ross Burley is the is co-founder of the Centre for Information Resilience, a non-profit social enterprise that identifies, counters and exposes influence operations.

Far from ‘drifting away from European integration’, Georgia is closer to the EU than ever
The rise of AI – and AI policies
Comment