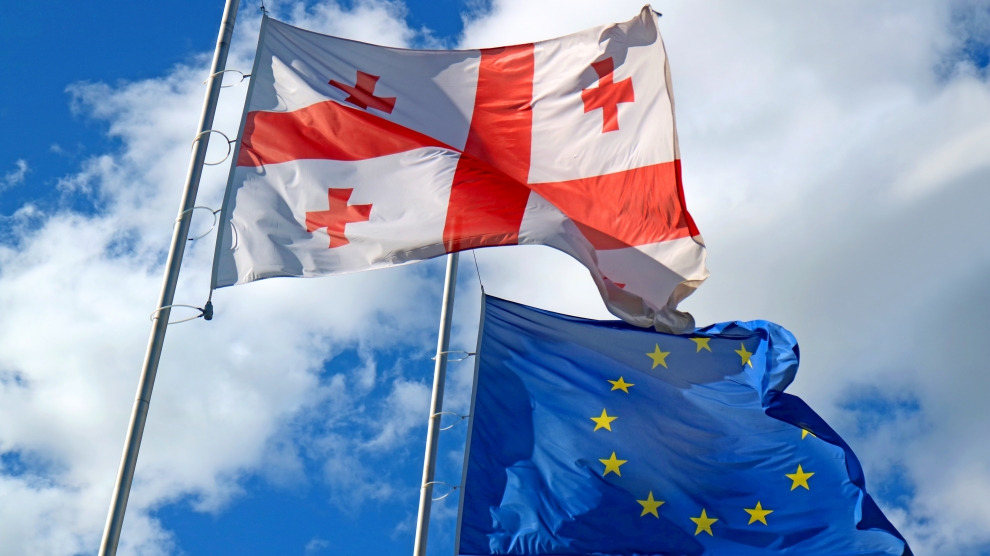 Daniel Mitov writes in an op-ed for Emerging Europe that the situation in Georgia “is a poor sign for the health of an aspiring democracy”. Mr Mitov is entitled to his opinion. However, his opinion is flatly contradicted by the facts.

The World Bank did not write a 700 word op-ed; it published a 150-page research report based on economic data and policy analysis from 190 countries. The conclusion is that Georgia ranks seventh in the world for business environment. That is a higher position than 26 of the 27 EU member states. Not exactly a “poor sign of health”.

The World Bank specifically praises the incumbent Georgian Dream government as a “star reformer” highlighting that “deep reforms in economic management” have “introduced rules and regulations that make it easier to do business…” but also that “the poor have benefitted considerably from the government’s social policies [and] new economic opportunities.” This sounds like a country in extremely good health, according to the experts at the World Bank.

Other authoritative experts support the World Bank’s facts, and disprove Mr Mitov’s opinion. Heritage Foundation’s Economic Freedom Index places Georgia 12th in the world, once again well above the majority of European countries. The Index notes that “The Georgian economy continues its spectacular, seven-year run up the ranks…” and “Multi-year reforms to reduce corruption, cut regulation, and simplify taxes have led to upward movement in all aspects of economic freedom.” This sounds very healthy indeed!

There is not space here to list all the evidence. The Council of Europe, European Commission, Fraser Institute, US State Department: these are just a few of the major international institutions whose published reports and statements support the World Bank’s data and disprove Mr Mitov’s unsupported assertion.

Let us not dwell only on economic data. The success of Georgia’s Western path is evaluated not only in monetary terms. The Georgian Dream government recently passed the most ambitious electoral reform in the history of modern Georgia. The reforms usher in a more plural, more proportional and more representative electoral system for Georgia, for the first time. The reform means Georgians will enjoy the same proportional electoral system used in large parts of the EU, including for elections to the European Parliament. Far from “drifting away from European integration” as claimed by Mr Mitov, this reform moves Georgia closer than ever to the European Union.

Do not merely take my word for it. Members of the European Parliament described the reform as “a turning point in Georgia’s political life … we wish to congratulate all the participants of this sometimes-arduous political dialogue”; the German Ambassador H.E. Hubert Knirsch called it “a remarkable achievement … this is exactly what international partners support”. The US State Department said: “The United States applauds Georgia’s historic adoption of constitutional amendments that establish a more proportional electoral system”.

To summarise, the world’s leading institutions confirm that Georgia’s economic position is very healthy (notwithstanding the global Covid-19 pandemic, which has negatively impacted Georgia as it has all nations).

Georgian democracy – as evidenced by the support from European and U.S. governments – is also in very sound health. Georgian Dream remains 100 per cent committed to Georgia’s Western path including applying for membership of the European Union and of NATO.

Free and fair parliamentary elections will be held in Georgia on October 31. Georgian Dream won in free and fair elections in 2016 and remains confident of securing re-election based on our track record of economic reform, social justice, and commitment to Georgia’s Western direction.

Georgians have a long and sad experience of disinformation – this year’s elections will no doubt be a target for Russian meddling campaigns, as many other elections have been before. The goal of such efforts is to undermine the facts, and to confuse and distort reality through innuendo and false narratives. Georgians have become used to such tactics emanating from hostile actors; it is very disappointing to see these same narratives voiced by former European diplomats.

Mr Mitov is of course entitled to his opinion; but he is not entitled to his own facts. The facts are clear, as set out by international institutions and experts: Georgia’s Western direction is accelerating and that acceleration is underpinned by a strong economy and a revitalised democracy.

Kakha Kuchava is the deputy speaker of the parliament of Georgia.