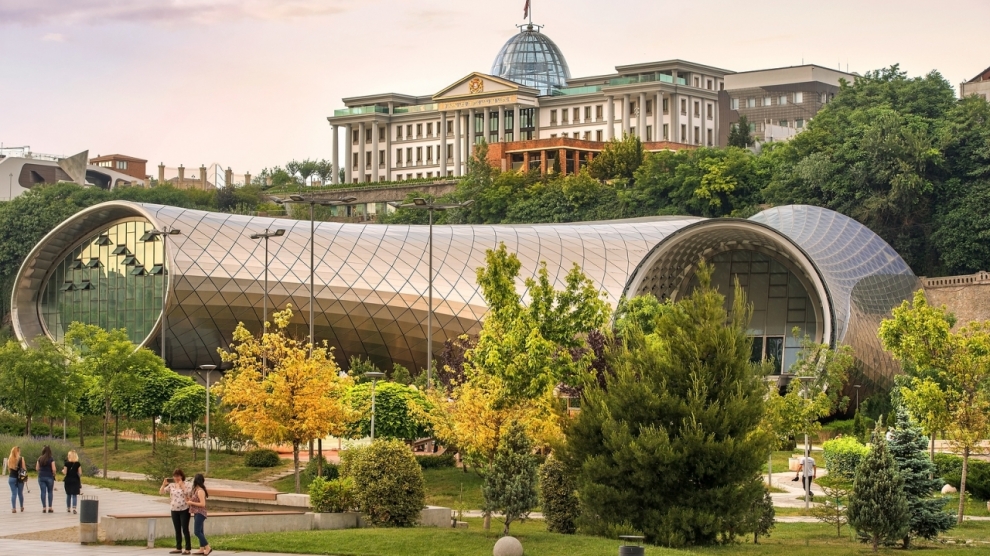 It’s now 200 years since the first German settlers came to Georgia, paving the way for various showcases of economic development, and the question arises whether – under the EU Association Agreement which entered into force only last year – there is sufficient reason to expect a boost in mutual business relations.

The recent past was dominated rather by political and social landmarks: the former Foreign Minister of the Soviet Union and later Georgian President Eduard Shevardnadze was one of the main enablers of German unity, and Germany was the first country to acknowledge Georgian independence in 1992. Moreover, contrary to its two South Caucasus neighbours Armenia and Azerbaijan, teaching German is deeply rooted in Georgian education, and Georgia is distinctly committed towards the European Union.

Nevertheless, several highlights in Georgian-German economic relations are leaving their mark as well. For example, in the agricultural sector, German expertise and entrepreneurship enabled production and export of high-quality kiwi fruits, proving that due to excellent climatic conditions Georgia´s potential goes far beyond wine, hazelnuts or mineral water. And the first true ‘dual’ vocational training in Georgia is being implemented in viniculture with the support of Germany´s GIZ corporation. In the secondary sector, Germany´s biggest investor is HeidelbergCement which employs about 1200 workers and has invested more than 200 million euros since its market entry in 2006. Smaller, but up-to-date production facilities have been set up by prestigious companies such as Caparol, Henkel or Knauf. In the services sector, two significant market entries by German call centre providers Arvato Bertelsmann and CMX Solutions just became operational. Although entering at the same time and both looking for qualified German speaking Georgians, both succeeded. A year later, Arvato alone already employs more than 240 local staff.

It is not only the companies themselves who have succeeded. German development cooperation with Georgia is strong (German is Georgia’s leading donor) and is implementing many business-related programmes. The German Business Association (DWV) has in 10 years of its existence grown into the second biggest bilateral business agglomeration in Georgia. DWV has facilitated many successful market entries and investments into Georgia and also assists Georgian entrepreneurs in tackling the European market.

Overall, in 2016 foreign trade volume between Georgia and Germany stood at about 425 million euros, German exports exceeding Georgian by more than three times. Germany was Georgia´s main business partner in the EU. Georgia mainly imported machinery, automobiles and spare parts, as well as pharmaceuticals from Germany. Its main export products to Germany were food, textiles and certain metals and raw materials.

Business travel between Georgia and Germany is easier than for most other European countries. There are four direct flight connections, one between Tbilisi and Munich, and three between Kutaisi and different German locations. Georgians and Germans can enter each others countries visa-free. This smoothly matches with the strong growth of Georgia´s tourism industry and a further specific investment characteristic: For many German entrepreneurs and professionals soft location factors come into play, such as distinguished hospitality, food and scenery, a thousand-year-old wine culture and a social environment which even caters for specific German related needs, such as the presence of a Goethe Institute and a reputable German International School in Tbilisi.

To sum up, this is not so much a new era but rather a reliable and continuous strengthening of Georgian-German economic ties. The next major step will be 2018, when Georgia becomes the guest of honour at the Frankfurt Book Fair, the world´s biggest trade fair for the publishing industry and one which carries significant economic implications.

Oliver Regner is managing director of the German Business Association (DWV) in Georgia.

‘Traditional Values’: A Potent Weapon Against LGBT Rights
Why Was Zapad-2017 So Important?
Comment