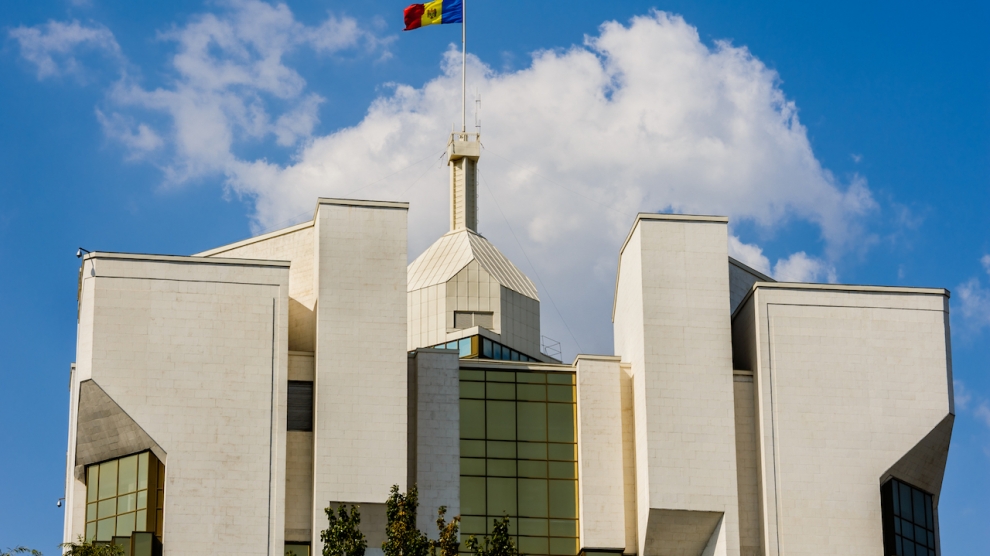 Moldova’s recent presidential elections which took place in mid-November, and which resulted in Igor Dodon’s victory, have shown that there is more than just a political divide between Moldovans.

From the moment the Constitutional Court announced changes in the Presidential elections, in March 2016, the old political paradigm seemed to be damaged. The governmental parties have been unfocused or have raised boycotts, in the case of the Communist Party. At the same time the Socialist Parliamentary opposition, together thth the Dignity and Truth Platform Party, which was formed after the 2015 protest movement and the Action and Solidarity Party, led by former Education Minister Maia Sandu, have gained mass support among voters.

The three presidential candidates — Igor Dodon, Andrei Năstase and Maia Sandu — based their campaigns on the priority of fighting the state-level corruption and state capture designed by the recent governments and now controlled by the Democrat oligarch, Vlad Plahotniuc. The first round of the presidential elections showed that the centre and centre-right pro-European political establishment, which is represented by the Democratic, Liberal and European People’s parties, had lost almost all popular support.

The electoral period was marked by apparent progress in the case of “the Russian Laundromat”, former Prime Minister, Vlad Filat’s passive corruption. The case involved grand banking theft, accompanied by the closure of 159 casinos, the arrests of 28 policemen and 17 magistrates. An arrest warrant was even issued for Bălți mayor and Our Party leader, Renato Usatîi. This so-called “TV justice”, combined with the successful agreement of a $178.7 million finance programme with the International Monetary Fund (IMF) and the restart of negotiations with the World Bank, didn’t help the ratings of the candidates of the governing majority.

The withdrawal of the Democrat, Marian Lupu, and low scores achieved by Iurie Leancă and Mihai Ghimpu embodied all of the mistrust that the people felt towards the declaratively pro-European governments which were highly inefficient and corrupt over the past seven years. That left no alternative but to support the cleanest candidate with a clear European vision, Maia Sandu. In the end, Mr. Plahotniuc’s (and the Democratic Party’s) support of Sandu was rather detrimental to her, as it seemed to support her Socialist counter-candidate, Igor Dodon’s claims that she was secretly associated with all the corrupt Pro-European parties.

The two-week political campaign that ran ahead of the second round of elections was dominated by reciprocal allegations about the both candidates’ previous government work. On one hand, Dodon was accused by Sandu of facilitating corruption, monopolising schemes during his leadership in the Economy Ministry and of profiting from cheap loans and private jets despite his modest official income. On the other hand, Sandu was accused of being Washington’s project, of colluding with Plahotniuc and of supporting a union with Romania.

Both engaged in harsh debates about each other’s integrity and their relationships with Plahotniuc and the old establishment. The campaign became even dirtier when fake news about an agreement between Sandu and the German Chancellor to bring 30,000 Syrian refugees to Moldova was spread by Plahotniuc’s press and via social media.

A group of Orthodox priests even attacked Sandu for not being married and for supporting LGBT rights, making Dodon out to be a good Christian. Dodon himself used misogynistic expressions during their debates such as inviting Sandu to a cinema date or daring to bring up her association with the LGBT group, not easily accepted by conservative Moldovan society. Simultaneously, Dodon was labelled as the Kremlin’s man with old, corrupt links to the political establishment, who intended to federalise the subjects of the republic and to over-intrude into matters of national identity and history.

Notwithstanding this, both Dodon and Sandu promised pretty much the same priorities for the Presidency: strengthening anti-corruption institutions, investigating the theft of one billion from the banking system, economic recovery etc. The difference between them was in their approach to European integration: Sandu was in favour, while Dodon claimed Moldova’s right to amend the DCFTA in favour of asymmetric trade, deeper relations with Russia and an increase in the role of Christian Orthodox values in the state. Thus, the obvious choice between the candidates was either their integrity or their policies.

Dodon’s 52.11 per cent victory on November 13, with a margin of approximately 70,000 votes, compared to Sandu’s 47.89 per cent, caused confusion and anger in both Moldovan public opinion and with European officials. The confusion and anger was the result of the failed expectation that Sandu would win with the support of the Moldovan diaspora that mobilised to vote for her (86.18 per cent) as never before, but also because of the fraud and irregularities that occurred on the election day.

The maximum legal number of 3,000 voting ballots seemed to be insufficient for diaspora voters from Verona, Parma, Bologna, Frankfurt, Paris, Moscow, London, Dublin and Bucharest, who didn’t get the chance to vote and who subsequently submitted roughly 3,000 complaints about violation of their voting rights.

The fact that a lot of Moldovans couldn’t vote abroad angered both those inside and outside of Moldova. In addition, several reported cases of the organised transportation of residents from the uncontrolled region of Transnistria to voting centres threw doubts on the legitimacy of the elections. As a result, hundreds of protesters marched in Chișinău on the Monday and Tuesday, following the election day, demanding the resignation of the foreign minister, the members of the central electoral commission and an election re-run. Even the observation mission from the European parliament supported the resignation of those responsible for the bad handling of the electoral process.

Sandu also condemned the marred electoral process, submitting several challenge to the results and she made it clear that the system had failed to provide opportunities to vote and to check on their veracity. The only content person seems to be Igor Dodon, who used the disorder to try to convince public opinion that he would be the appropriate president of all Moldovans, even promising snap parliamentary elections. Moreover, he reiterated his recent belief that the Association Agreement with the EU should be kept as a normal tool for cooperation. Later on, Dodon made a declaration to the Russian media where he said that association and trade with the EU should be reduced, to the extent of cancelling the Agreement and DCFTA.

Igor Dodon has been known, in the past, for his quickly changing rhetoric on relations with the EU, but his new position as president requires more consequentiality and political neutrality, which he has failed to achieve, so far. His attitude angers the Moldovan pro-European voters and worries the European Union, but it helps Kremlin to keep a pocket-partner in Moldova.

Dodon’s presidency may be difficult for him and for the country: whether he cooperates with the current governing majority or continues to follow his party strategy, he is completely unacceptable as a legitimate president to the pro-European voters. With a low chance of an impeachment, Sandu now can only work to reclaim the trust of the voters for the European model of development by following her integrity policy until the next Parliamentary elections, in 2018.

Cristian Vlas is an Editor and a Reporter at Moldova.org, an independent (non-political & non-governmental) portal that provides news about Moldova and the world. He is also a student of International Relations at the University of Pécs, Hungary.
Twitter: @cristivlas

The Belarusian Economy: The Challenges of Stalled Reforms
The Reality Is More Interesting Than the Misconceptions
Comment