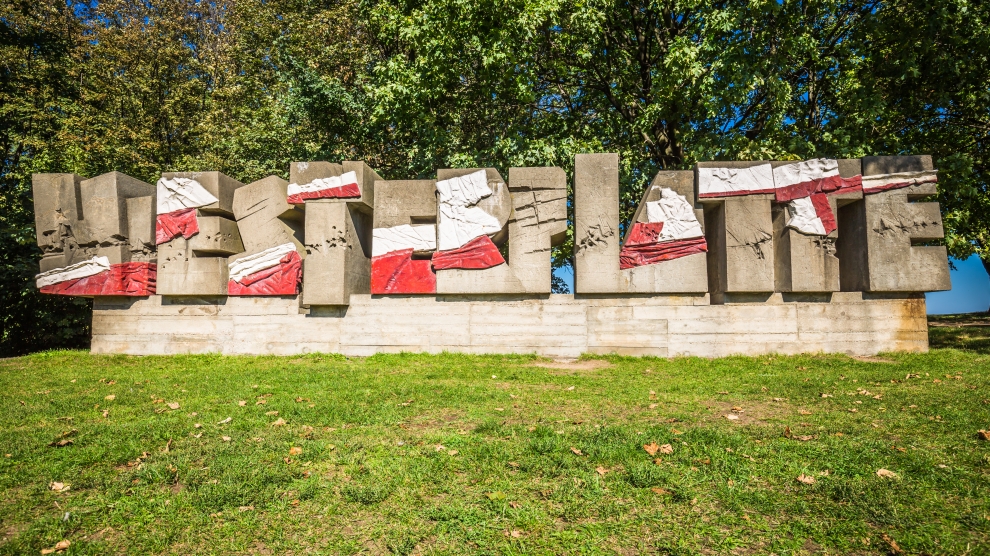 The Westerplatte, one of the most iconic battlegrounds of World War II, is once again in the news, 80 years since Germany invaded Poland to begin the war. This time the battle is about how Poland should mark past events, and who gets to choose how history is remembered.

For Poles, Westerplatte marks an important place in the nation’s World War II experience. Part of the Free City of Danzig (Gdańsk), it was here that the German military made its first attack of the war, firing at the Polish garrison on the peninsula in the early hours of September 1, 1939. The Poles stationed at the Military Transit Depot held out for a week, repelling 13 German assaults, before surrendering on September 7. The Battle of Westerplatte came to serve as an inspiration to the Polish army, and has long since become a symbol of Poland’s fight for freedom in the 20th century. It remains a place of national memory which holds a lot of meaning for all Poles.

A new bill signed at the start of August by the Polish president Andrzej Duda will allow the current Law and Justice (PiS)-led government to take control of the Westerplatte peninsula from the local authorities in Gdańsk, who have until now been the guardians of the memorial grounds.

PiS, a national conservative party, long ago made it clear that they intend to conduct a historical policy which aims to “effectively defend Polish interests, and tell the truth about Poland”. Party leader Jarosław Kaczyński said in 2013 that PiS would lead this historical policy in order “to shape the identity of young Poles (…) which must be based on honour and pride”. In their, narrative which alludes to Polish Romanticism, PiS has focused strongly on the heroism and suffering of the country, placing emphasis on military success and sacrifice.

Gdańsk’s mayor, Aleksandra Dulkiewicz, said at a press conference that the newly signed bill demonstrates that the government prefers to use force  over dialogue. The bill, which has been fiercely contested by the Gdańsk authorities, was initially proposed in May of this year.  The city of Gdańsk had plans to create its own Westerplatte Museum which would be part of the Museum of Gdańsk.

Dulkiewicz added that the bill “undermines the trust of all citizens”. She claims to have written a letter to the president’s office, but has so far received no reply. Government politicians claimed earlier in the year that the bill was necessary because the Gdańsk authorities had failed to take care of the Westerplatte site and that it is beginning to fall into disrepair. The government also claims that the site fails to portray to visitors the extent of the Polish sacrifice and bravery witnessed there.

The dispute between the current government and the Gdańsk authorities over Westerplatte is not new, having begun soon after PiS came to power following the 2015 parliamentary elections. In a successful attempt to gain control of the Museum of the Second World War, in April 2016 the minister for culture and heritage announced that the Museum of the Second World War was to be merged with a new Museum of Westerplatte. This allowed the government to dismiss the Museum of World War II’s director, Dr Paweł Machcewicz, a year later, just after the museum officially opened.

PiS had been highly critical of Dr Machcewicz, disagreeing with him over the museum’s contents and narrative, which they felt failed to place enough attention on Poland’s suffering and heroism. In his place they appointed Dr Karol Nawrocki, who claimed that he wanted to ensure that the museum included “what we Poles want to tell the world about our war experience”.

Since Nawrocki became director, he has added elements to the permanent exhibition which focus on individual Polish heroes. The most obvious change has been the replacement of the film at the end of the exhibition from one which highlighted the universal damaging effects of war and terror throughout the 20th century, right up until present day, with a film produced by the Institute of National Remembrance which focuses exclusively on Poland and the nation’s continuous struggle for freedom in the 20th century, from both Nazi Germany and Soviet communism.

The battle for the Westerplatte site is thus another fight on the Polish political scene over who has the power to decide how the nation’s poignant historical events are being remembered. With the 80th anniversary of the Battle for Westerplatte fast approaching, the signing of the bill will also give the government control of the anniversary celebrations which will be conducted at the beginning of September. US President Donald Trump was set to attend the celebrations, although following the cancellation of his visit to Denmark, it is unclear if he will still make the trip to Europe. Other heads of government from the states which made up the allied forces have also been invited.

In a country where national history is a great source of pride and emotion, it is also becoming a politicised weapon in a battle for who gets to tell the narrative. For the time being it appears that PiS has the advantage, and with forecasts of them winning the parliamentary elections in October 2019, it seems that the battle for national memory is set to continue.

Maria Suchcitz is currently completing a masters degree in Central European Studies at the Jagiellonian University in Kraków.

Poland between East and West, 1939 and 2019
How will the LGBT issue influence the Polish election?
Comment