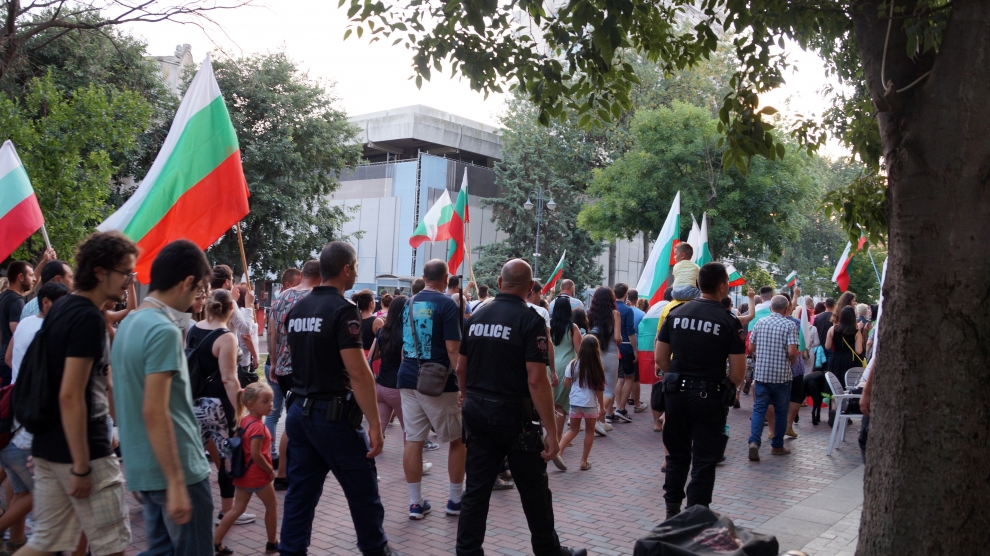 Summers should be relaxed, with vacations at the seaside and little interesting news. But in July, following accusations of corruption and state protection of the mafia, protests broke in on the streets of Bulgaria. Since then, protesters have been demanding changes in the country, including calls for an overhaul in the system of governance, with clear accountability and reform of the judiciary and, importantly, an end of corruption at all levels.

Despite these extraordinary events, there is little discussion of Bulgaria elsewhere in Europe, nor is much attention offered by the international media. It is nevertheless important not to ignore what is happening today in a country that finds itself at a crossroads. Depending on the support, guidance, and attention it receives, Bulgarians might finally be able to begin building a new system of good governance, or their efforts could falter.

What went wrong in Bulgaria?

The current system is not a new set-up, as corruption has been pervasive for decades. Citizens’ patience and willingness to ignore what is happening around them has been exhausted. The spark for the protests came from an institutional figure, President Rumen Radev, exposing an institutional crisis. The president chose to be openly critical of the prime minister Boyko Borissov, and went so far as to issue a somewhat dangerous call for a citizens’ revolt.

Contrary to past protests, where participants typically came from either the right or the left of the political spectrum, protesters currently come from a wide spectrum of political, socio-economic, and societal levels. The main opposition Socialist party and other left movements, greens, new formations to the right, progressives, apolitical movements, and just frustrated, educated professionals are just some of those who are protesting. Of course, also present are differently motivated groups of hooligans intending merely on provoking a response from the authorities. The fragmentation of the protesters was exposed early in September when a half-hearted attempt to formally organise failed.

How has the government responded?

PM Borissov has not indicated any intent to resign, although in the past he has triggered early elections by stepping down. The government will likely attempt to try and survive until the next scheduled parliamentary elections in March. To do so, several economic and reshuffling measures have been undertaken to appease the protesters. In the midst of an economic crisis caused by the Covid-19 pandemic, the National Council of Ministers increased both the minimum wage and pensions. The government then proceeded to change several ministers, including the minister of finance who just days before had secured Bulgaria’s entrance to ERM II – the waiting room for the euro single currency. Mr Borissov then intensified his social media and personal presence before a final “major change” was surprisingly proposed – a new draft of the constitution.

What will be next?

As the protests continued, they began to lose their edge. They are now being re-focused towards the election campaigns of the various political movements involved.

Two potential scenarios can be outlined. On the one hand, the changing nature of the protests and the increased eagerness of political formations to use them, could disaffect and disillusion some of the protesters, leading them to eventually fizzle out. As all sides stand today, it is hard to point at a leader or a movement that is unilaterally able to win elections and capable of overhauling the broken governance system in Bulgaria. The next elections will probably bring more fragmentation in the new parliament and an unstable new governing coalition.

On the other hand, the demands for change could be taken as a priority by the next government, so the societal effort would not be futile. Depending on the formation of the government, there could be a real attempt to draft and, more importantly, implement governance reforms.

Why does the situation deserve urgent attention?

Bulgaria is a member of the EU. Unfortunately, Bulgaria is also the poorest EU member, with a steady loss of population due to emigration and ageing, stalled FDIs, a complete lack of modern infrastructure and a culture of fear: of both the mafia and mafia-like elements. As such, the Bulgarian people know that the country needs urgent reform.

EU institutions should take every opportunity to avoid further deterioration in the governance of Bulgaria. This includes conducting hearings in the European Parliament and adopting resolutions, actively using the discussions around the German presidency’s proposal on rule of law mechanisms, drafting assessments on the current state of governance by the European Commission, intensifying the investigative work of OLAF, and triggering the attention of the European chief prosecutor. Importantly, the EU should use the ambitions of Bulgaria for entry into the Schengen zone and the eurozone as positive leverage.

The current situation is also an opportunity to spearhead necessary governance change in Bulgaria. It would require making institutional checks and balances strong and not flexible, the judiciary system transparent, objective, and efficient, and promoting economic and social development based on democratic and long-term effective principles. When the next government is setting its priorities and designs its model for good governance, EU institutions will undoubtedly have to be close partners.

Vladislava Gubalova is a research fellow at GLOBSEC, a think tank based in Slovakia.