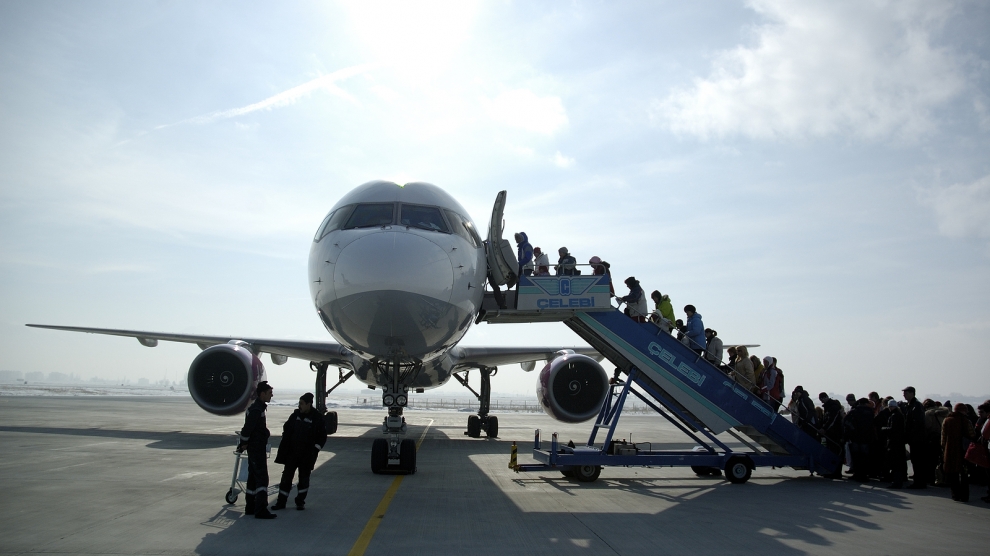 Back in the early 1990s, the former socialist countries of Central and Eastern Europe embarked on a journey to transform their centrally planned economies to market economies. Three decades later, only Poland has been declared a developed country.  Since September 24 of last year, Poland will be classified as a “developed market” on the FTSE Russell index, together with another 25 advanced economies such as the US, Japan, France and Germany. However, for all other countries in transition to a market economy, the struggle will continue for the foreseeable future. This has had and will continue to have a lot of financial, material and humanitarian costs. It will need further material efforts to see the transition concluded in a successful way.

Many changes have taken place during the transition, but even more will be required. First and foremost, these changes have started (and will continue to do so) with the day-to-day life of millions and millions of people. They have a justified desire to have a proper life based on decent material and spiritual conditions, but many soon realised that to reach Western standards of living will take a while. The obvious solution was emigration. Millions, especially the young, abandoned their countries with a hope that happiness will be found much quicker abroad than at home. Apart from a very modest number of political refugees and well-known cases of “escaping oligarchs”, most of these large groups of emigrants were economically motivated. There are currently millions of people originally from the transition countries living and working in the Western states of the European Union, the US, Canada, Japan, Australia and many other countries. One could argue that the fate of the former Socialist Federal Republic of Yugoslavia, for instance, was directly and indirectly influenced by the millions of citizens simply taking the first opportunity to emigrate. In 1989, the country had a total population of 23.66 million. The former Yugoslavia officially ceased to exist on April 27, 1992, and the seven smaller countries which took its place totalled together a combined population of 23.14 million in 2018. Millions of Serbs, Croats and other nationalities have since emigrated for such reasons as inter-ethnic conflict, high unemployment and an unstainable level of foreign debt accumulated by the former Yugoslavia, whose ghost is still haunting the Balkans.

The case of the Republic of Moldova is also illustrative. Moldova became an independent state on August 27, 1991, in the aftermath of the Soviet Union’s dissolution. The following year, in August 1992, Moldova became a full member of the IMF and the World Bank Group. During the early years of its independence, Moldova was involved in a war with the so called Transnistrian Republic and the population started to suffer the consequences of the war. In those years, the Moldovan exodus started despite a lot of difficulties, as the Moldovans did not enjoy a free-visa access to Europe until June 2014. Many Moldovans (some estimates put the number at one million) applied for Romanian citizenship which, especially after January 2007 when Romania became an EU member, helped them to emigrate to Romania, Europe and anywhere else. Apart from the Transnistrian war, the exodus was mainly triggered by the low level of GDP/capita, high unemployment, banking frauds and corruption at the highest of its political sector. Meanwhile, Moldova accumulated a foreign debt of more than 100 per cent of its GDP which is likely to accelerate the emigration process.

However, Moldova was not the only new-born state with such a convoluted dynamic of its population. Ukraine’s population has also decreased during the last three decades of transition. The Baltic countries have also seen their populations reduced for many reasons, amongst which emigration was a key factor. Poland started its transition with a population of 37.8 million in 1989 and was basically at a very similar level in 2018. Millions of people have left the country, however. According to the Office of National Statistics, in the United Kingdom alone, there were 889,000 Polish people registered as immigrants (overseas-born) as of June 2018, despite the persistent uncertainties related to Brexit. Bulgaria, Hungary and many other transition countries have suffered similar developments.

The case of Romania

Romania’s case is even more dramatic. Unfortunately, Romania has been compared lately with Syria from an emigration point of view, except that Syria has been in a state of war for years. In 1990, the country had a population of 23.21 million people. In 2018, it was 19.52 million. The active labour force fell from 10.84 million in 1990 to 8.37 million in 2018.

Currently some 200,000 people leave the country each year. It is now estimated that some five million Romanians are working and living abroad. The most concerning part of this situation is that young Romanians left in droves, which had material consequence on the Romanian state budget, social contribution budget (those who leave no longer contribute to pensions) and, on a more general note, on each and every aspect of Romanian economic and social life.

Moreover, the fabric of Romanian society has changed. The percentage of old people has increased. During the last three decades, the number of ethnic Romanians has decreased to 83.46 per cent in 2011 (the last census) from around 90 per cent in 1992. The Hungarian segment also decreased to 6.10 per cent while the population of German origin decreased from 4.44 per cent in 1930 to just 0.18 per cent in 2011, according to figures published by the Romanian National Institute for Statistics (INS). Also, the natural increase rate was at -3.6% for Romania in 2017 as compared with the EU average of -0.4% (provisional/estimated data). As in the case of the Western Balkan countries, Moldova and other countries, Romanians living abroad are sending back home substantial amount of remittances, but this is not enough to compensate for the economic losses registered due to emigration. Moreover, the trend of this inflow of remittances is downward.

Is a reverse possible and/or likely?

It is possible, but unfortunately not likely. In all transitional countries, Romania included, living standards are not yet at the level of developed countries. The funds available to EU member countries which are also in transition are not properly and entirely used to alleviate the concerns and the immediate and basic needs of the population. There are objectives which are fixable and others which are highly desirable in order to reverse the “great exodus” from the East. Within the fixable category, the eradication of corruption is the most important. The political class in many countries was elected on huge promises which were never delivered. In the second category, investments (including from abroad) should be stimulated to create good jobs, especially for the younger members of the labour force. As and when possible, EU funds should be absorbed and utilised in full for the same objective. Granting land to young entrepreneurs (even free of charge or against modest subsidised fees for long term leasing contracts) will also help. Many economic actions should and/or could be implemented to stabilise the population in its original locations. This will be a long, long process. It will take more than the first three decades since the start of transition. However, for the time being the best the transition countries can hope for would be to slow down the demographic exodus. Even this little will be a historical achievement.

The Balkans: The feast feeding Russia and Turkey’s hunger
Will Russia seek to annex Belarus?
Comment