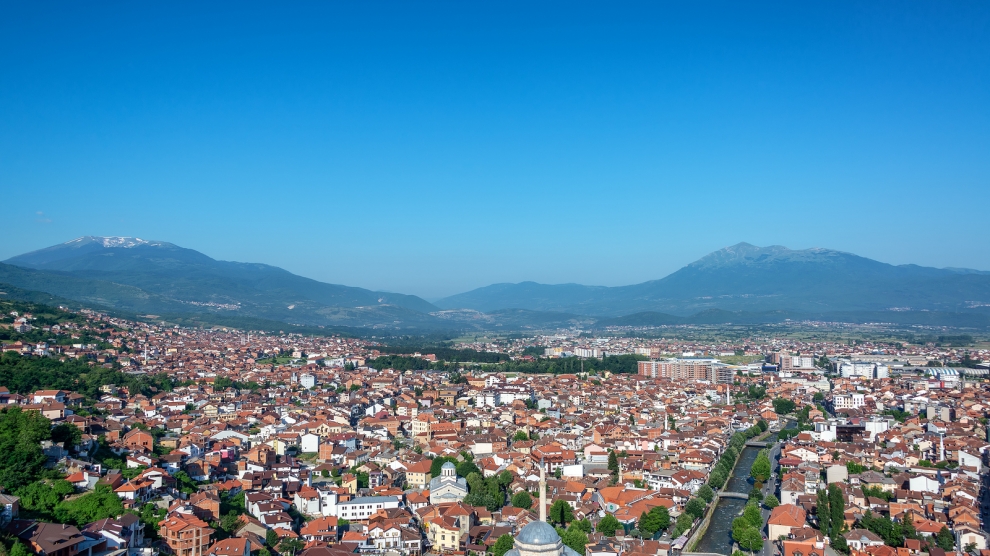 The political tension between Kosovo and Serbia is creating a perfect environment wherein Turkey and Russia can lure the two countries into their respective spheres of influence. High-ranking US and EU envoys are trying to resolve the long-standing dispute, urging Serbia and Kosovo to normalise relations when in fact they are becoming increasingly more tense. Serbia’s refusal to recognise Kosovo’s borders, preventing it from joining international organisations such as Interpol and UNESCO, and reneging on a 2011 freedom of movement agreement prompted Kosovo to last year take direct action against Serbia by imposing a 100 per cent tariff on goods from Serbia.

False reports that the US threatened to withdraw its troops from Kosovo if the tax is not suspended were quickly propagated by Russia’s and Turkey’s propaganda machines in an effort to take full advantage of the continuing discord between the two countries. Serbia and Kosovo are vulnerable to fake news online, generated by Russia and Turkey, and corrupt leaders in the Balkans continue to fall for it.

The political elites, who are easily manipulated by Russia and Turkey, also use their own disinformation in order to influence the public. Both Russia and Turkey may well accelerate their disinformation campaign as the 20th anniversary of NATO’s bombing of Yugoslavia approaches. Kosovars and Serbians are paying the price for the political squabbling that seems to benefit neither country, as they have become the feast feeding Russia’s and Turkey’s hunger to control the Balkans.

The discord between the two countries manifests itself through the lives of the citizens of both states. “When I travel through Serbia, I’m forced at the border to remove my car plates and pay a five-euro fee for just crossing through Serbia, and to pay for highway tolls. They don’t accept euros from us, just Serbian dinars, while the Serbians entering Kosovo do not face these difficulties!”, says Vilson Kacoli, from Kosovo. He, along with most Kosovars, strongly support their prime minister for his refusal to revoke the tax under any circumstances.

Meanwhile, Vladimir Putin and Recep Erdogan have been working hard to strengthen their own ties with the Balkans and are continuing to invest in major national projects strategically calculated to have the greatest economic and political impact throughout the region.

Trade between Turkey and the Western Balkans has dramatically increased, from 430 million US dollars in 2002 to three billion US dollars in 2016. Roughly one-third of this trade was with Serbia, while in Kosovo, Turkey is continuously investing in the most important sectors while privatising Kosovo’s strategic assets. Turkish state development agency TIKA has renovated hundreds of historic monuments in Kosovo, financed local projects, and organised large events designed to reinforce bonds with Turkey.

“The total investments from Turkish businesses in Kosovo during 2007-2017 are 382.1 million euros,” Esin Muzbeg, the general secretary of the Kosovo Turkey Chamber of Commerce, told the Balkan Investigative Reporting Network. Additionally, Serbia’s Energy Agency gave final approval for the construction of a branch of the Turkish Stream pipeline, which will deliver Russian natural gas into Turkey and southern Europe.

Russia has geostrategic interests in the Western Balkans as well as in the Mediterranean countries. In the Balkan states, Russia’s interest rests on two considerations. First, the Western Balkans region has strategic importance as a transit route for Russia’s gas; second, Moscow wants to preserve Slavic roots and the Orthodox religion in the region, along with bilateral cultural and traditional values, particularly as long the relationship between the EU and Russia is tense and not likely to improve any time soon.

According to Russian portal RT, the country’s sovereign wealth fund and partners are planning an increased investment in Serbia, likely adding 500 million US dollars to its current investments. Serbia has already attracted Russian investments in the Balkans which, according to various statistics, exceeds four billion US dollars. “The energy sector continues to be a priority of the Russian investments. Moscow is aiming to make the Balkan countries dependent on Russian gas, just as in Europe,” says Lavdim Hamidi, editor-in-chief of the daily newspaper Zeri in Kosovo, who recently investigated Russian and Turkish capital investments in the Balkans.

Moreover, the Western Balkan states offer low-cost opportunities for Russia to undertake a combination of political and economic measures to undermine the EU’s geostrategic interests. In 2016, for instance, Russia attempted to organise a coup in Montenegro aimed at the overthrow of then PM Milo Đukanović in order to prevent his country from joining NATO. Last year, Putin tried to block the settlement of the conflict between Greece and Macedonia, knowing that the solution would result in the latter’s membership in NATO.

While Serbia is trying to balance their bilateral relations between Russia and the EU, other countries like Kosovo and Macedonia are more transparent in seeking Europeanisation. Russia has every intent of sowing discord to keep the Balkan states from becoming EU members.

Artan Grubi, a parliamentarian in North Macedonia representing the Democratic Union for Integration (BDI, the largest Albanian political party), stated that North Macedonia triumphed in the geopolitical and geostrategic battle between Western and Eastern interests. “Finally, with the signing of the protocol for NATO membership, citizens of this country may feel confident that they belong to Euro-American values and that eastern influences failed.”

Ismet Kryeziu, executive director of the Kosovo Democratic Institute (KDI), says that the Balkan region – except Serbia, which is known as pro-Russia – despite the challenges in daily politics, is committed to walk alongside the policies and values ​​of Western democracy led by the US and the EU states. “Kosovo policy makers will make geostrategic mistakes to turn the Republic of Kosovo into a ‘black hole’, which will expand the Russian and Turkish influence,” says Kryeziu.

Neither Russia’s nor Turkey’s activities and intentions in the Balkans are hidden. Both countries are taking political steps to distance the Balkans from the West, be that for economic, strategic, or hegemonic reasons. They are relentless and brazen and will do everything in their power to entrench themselves into these countries, albeit it is only a question of time when Russia’s and Turkey’s interests clash in the Balkans.

Lulzim Peci, former Ambassador of Kosovo to Sweden and Executive Director of the Kosovo Institute for Policy Research and Development (KIPRED), thinks that current strain of relations between the United States and Kosovo suits Russia more, as it serves its strategic interests, “especially in the absence of a clearly defined position of the key Western countries toward Kosovo-Serbia relations,” says Peci.

Given the EU’s strategic interests in, and the general orientation of the Balkan states toward the West, the EU should insist on democratic reforms and adherence to human rights, against which it would speed up its efforts to support the socio-economic conditions in these countries and accelerate the membership process.

This will provide the Balkan states the confidence that their prospective membership is real by virtue of the EU’s practical deeds and continuing political engagement, which will give the Balkan states diminishing incentives to accommodate either Turkey’s or Russia’s ambition to lure them into their orbit.

This article was co-written by Arbana Xharra. The views expressed in this opinion editorial are the author’s own and do not necessarily reflect Emerging Europe’s editorial policy.

Romania’s one-metre motorway, a protest against government incompetence
Slowing down Romania’s demographic exodus would be a historic achievement
Comment