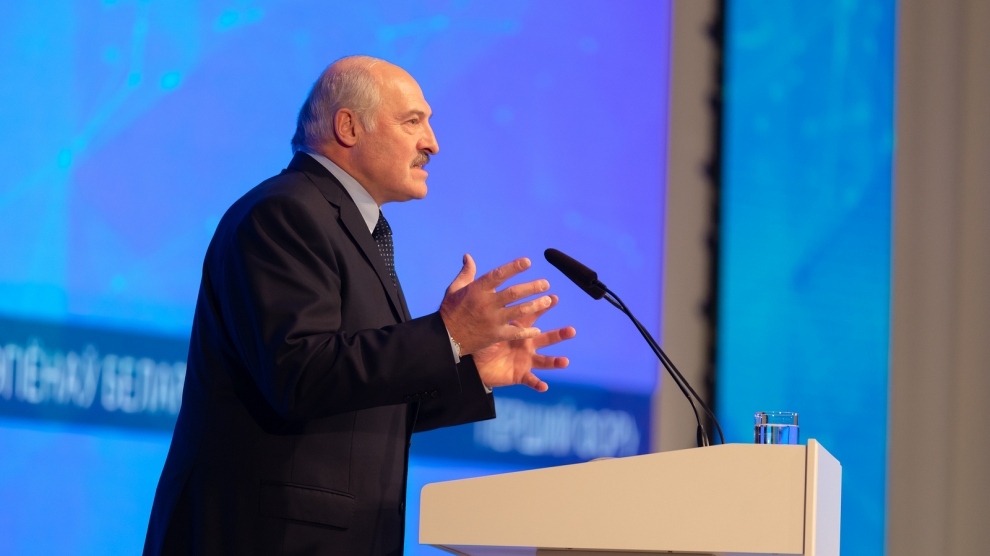 Is Vladimir Putin seeking to annex neighbouring Belarus and reunite former territories of the Soviet Union under Moscow’s control? Is Belarusian leader Aleksander Lukashenko defending his nation against another potential intervention by Russian forces?

These questions have been at the forefront of media focus over the past month. In particular the flurry of bilateral meetings between the Russian and Belarusian heads of state in December and January has fueled speculation that Belarus may be the next ‘Crimea’, ripe for plucking by Mother Russia, which does not regard its inhabitants as foreigners.

To provide context, one needs to go back almost a quarter of a century. In the early years of Belarusian independence there were possibilities that independent Belarus could follow its own route, but Lukashenko’s power grab—in 1996, not during the presidential elections of 1994—was engineered by Russia to circumvent his impeachment for violating the Constitution. From that point he became the sole authority in Belarus

In April of that same year, Belarus and Russia signed an agreement to establish a Commonwealth between the two states.

That agreement had little impact at the time other than perhaps to contribute toward Russian president Boris Yeltsin’s somewhat surprising reelection two months later. In April 1997, the pact was deepened to a Union (RBU), and a formal treaty was signed in December 1999, but its main benefit was to provide most-favoured nation status to Belarus in terms of oil and gas prices and subsidies. The two sides failed on several occasions to establish a common currency. Once Yeltsin retired, to be succeeded by Putin, the agreement became largely a paper declaration.

Its initiation owed much to the outlook of the Belarusian president, who made no secret of his regret over the collapse of the Soviet Union, supported closer security and military ties with Russia, and regarded Russians and Belarusians as one nation. In his early presidency he spoke Russian exclusively and regarded the Belarusian Popular Front and Belarusian speakers, as a dangerous Fifth Column.

If we fast forward to 2019 we find a very different situation, but for economic rather than political reasons. The Lukashenko-Putin relationship has foundered badly, and Russia has finally withdrawn all the privileges accorded Belarus.

Yet Lukashenko’s world outlook has not changed fundamentally. When meeting Putin in Mogilev (Mahiliou) last October, Lukashenko remarked that the city could be considered Russian since it was located close to the Russian border. He has also commented that the economic relationship is mutually beneficial and that Belarus has made an equal contribution through its exports of tractors and development of companies that contribute to the Russian market.

In 2017, the two states continued their military exercises known as Zapad (the West), and Russian maintains two military bases in Belarus, though it has been unable to secure an air force base. Belarus is also a member of several Russian-led integrationist projects such as the Eurasian Economic Union and the Collective Security Treaty Organisation, and has observer status in the Shanghai Cooperation Organisation. These are in addition to the RBU and the original Commonwealth of Independent States, initially headquartered in Minsk.

Under Lukashenko’s strict authoritarian regime, Russian media and social media have wielded overwhelming and unlimited influence whereas opposition outlets have been targeted for harassment and fines. As a result, most of the population is fully supportive of Russia’s annexation of Ukraine’s Crimea and interventions in the Donbas. Though Belarusians do not support a Russian invasion or being part of Russia, they would be unlikely to resist actively a Russian invasion.

Thus, it is ironic that Lukashenko now poses as the defender of Belarus, and has switched poses to one of ‘soft’ nationalism while enhancing ties with an enthusiastic Europe with a visa-free regime, and the release of known political prisoners. Some analysts even perceive him as a bulwark between the EU and an aggressive Russia.

What is true is that Putin has removed all Belarus’ economic privileges to emphasise the inequality of the partnership and the reality of the relationship, namely that Lukashenko is essentially a vassal of Putin who can be brought to heel as needed. Russia will not invade Belarus because it is unnecessary. Lukashenko’s rhetoric may be heated but he has never strayed too far and remains the best alternative from the Kremlin’s perspective.

David R. Marples is distinguished university professor in the Department of History and Classics, University of Alberta, Canada, and the president of the North American Association of Belarusian Studies.