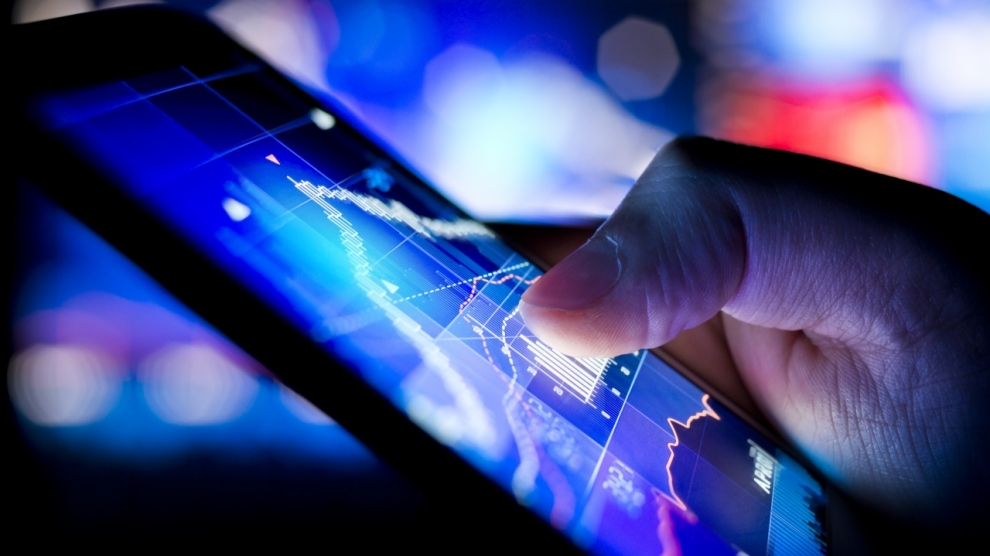 On 30 June 2017, BET, the main index at the Bucharest Stock Exchange (BVB), closed at 7,855 points, thus reaching 18.87 per cent growth in the first half of the year. At the same time, the average daily value of transactions increased by more than 30 per cent to €9.68 million and market capitalisation of all companies listed exceeded €37 billion.

“Romania’s market performance is pretty strong — until the end of April, the index was up over 20 per cent and it was the best performing exchange in the EU. The monthly turnover in May was the best in a decade,” says Jim Turnbull, senior manager in the Local Currency and Local Capital Markets team at the European Bank for Reconstruction and Development (EBRD).

According to Berenberg, in 2017, BET companies are expected to pay seven per cent dividend yield. Almost eight per cent was paid in 2016 and that was the highest yield in the world, above Kuwait (7.6 per cent) and Bahrain (7.2 per cent).

Dr Panagiotis Diamantis, CEO at IEBA Trust, believes that one of the key factors that sustained that considerable growth on BVB was the favourable macroeconomic numbers. “In Q1 2017, Romania’s GDP grew by 5.7 per cent year-on-year and was the highest in the EU,” he says.

But there are other factors too. Carsten Hesse, EME equity strategist at Berenberg, believes the Romanian capital markets have done tremendously well not only in 2017 but also over the last years. “They have been the best performing equity markets among the countries that received a bailout during the global financial crisis. Since March 2009, the Romanian equity market has gone up by 250 per cent. The ten-year bond yields in local currency fell from 7.5 per cent in 2011, to only 3.75 per cent now,” he adds.

Mircea Ursache, vice-president of the Romanian Financial Supervisory Authority (FSA), says that the recent years have seen important steps made to improve the legal framework: improving corporate governance of all entities present on the capital market and harmonising their financial reporting standards with the international financial reporting standards (IFRS); diversifying financial instruments traded on the market; strengthening and development of the capital market infrastructure, to name but a few.

“We have also taken action to remove the bureaucratic legal barriers, so that the Romanian capital market becomes attractive to sophisticated investors,” FSA’s Mr Ursache adds.

”Romania’s capital market presents considerable potential within the regional and global context and this is clearly illustrated by the recently successful IPOs that were realised exclusively on the BVB platform,” says Florin Pogonaru, coordinator of the Central European Financial Services Group for Romania, president of the Romanian Businessmen’s Association and vice-president of the Aspen Institute Romania.

The awareness amongst companies and investors is growing. “Over the past six months we have seen three successful IPOs: MedLife in healthcare, Digi Communications in ICT and AAGES, an industrial company,” says Radu Hanga, head of Group Strategy at Banca Transilvania.

At present, new projects are being prepared for the further issuance of shares, as well as corporate and government bonds on the Bucharest Stock Exchange.

“Romania is a great example of a country which is on a course of fast transition and fast development. The capital market is set on a new basis and investors will have access to new listings and products,” says Ludwik Sobolewski, CEO at BVB.

“These operations represent encouraging signs that Romanian investors are increasingly considering the financing of companies, through the capital market, as a viable alternative to bank loan,“ FSA’s Mr Ursache says.

“We’re definitely seeing opportunities there for either private business champions who need to go big to keep their competitive edge or for state owned enterprises which can benefit from the improved governance, transparency and planning which come with accessing the capital markets,” says Sergiu Manea, CEO at Banca Comercială Română.

“Romania appears to be on the brink of being upgraded to an emerging market status, which would help put it on the radar of many new investors. There are a vast number of high quality disruptive start-ups, other home-grown tech companies as well as an in-place sophisticated regulator and growing exchange, all providing reasons for a lot more funds to chase Romanian issuers,” he adds.

Berenberg’s Mr Hesse says that Romania’s capital market implemented many reforms which make it easier for foreign investors to invest in Romania; therefore the country deserves to be seen as an emerging market country, and no longer a frontier market country.

“The prospect of promoting a new market status — endorsed by MSCI index — will give the Romanian capital market, as part of the emerging market segment, a higher visibility and acceptance to large international investors. Special investment vehicles which will be in a position to increase the volume of the funds to be injected and consequently will provide much better market dynamics, in terms of volume and liquidity,” says Aspen  Insitute’s Mr Pogonaru.

”We see this as a key development for ensuring the next phase of growth for the Bucharest Stock Exchange, as it will put us on map for many institutional investors that are still waiting for a green light before investing here,” says Banca Transilvania’s Mr Hanga.

“The emerging market status will have major impact on liquidity; it will put Romania on the radar of a different category of investors. The brokerage houses will definitely have to improve and adapt to the higher standards of services,” says IEBA Trust’s Dr Diamantis.

According to International Financial Corporation (IFC), a member of the World Bank Group, an emerging market is “a market that grows in size and sophistication, in contrast to a relatively small, inactive market that gives very few signs of change” and, in order to increase the size of a market, it is primarily necessary to issue financial instruments and to encourage companies to finance their objectives through the capital market mechanisms.

“If Romania is upgraded to emerging markets in the coming years, it would likely lead to a stock market rally, which then attracts more companies to list on the stock exchange including privatisations. As companies that are listed on the stock exchange have, on average, a more efficient management and grow faster, it would help the overall Romanian economy,” Berenberg’s Mr Hesse tells Emerging Europe.

EBRD’s Mr Turnbull says such an upgrade is extremely beneficial, if handled well. “Of course, a reclassification is just the start — the challenge still remains to keep the country at the forefront of investor’s minds. But increased international investor inflow is likely following a reclassification to emerging markets,” he adds.

“There is no doubt that privatisation stimulates the real economy through both the rebound and the capital market,” says FSA’s Mr Ursache. “By listing important companies on the stock exchange, the grounds for improving the visibility of the capital market and the liquidity on this market will grow. The goal is to attract companies with a large free-float, but also with a large size. In the future, everything that will mean privatisation in Romania should be carried out only through the capital market, the only fair and honest one, where investors are convinced that their management will be a profit-making one,” he adds.

Aspen Institure’s Mr Pogonaru believes that further privatisation, through initial and secondary public offerings of a significant value, seems to be the only way the Romanian capital market can attempt to really escape the liquidity trap. “The state is the only owner of a portfolio of large companies and, hence, the only one that can truly internalise the benefits of additional listings,” he says.

”While the privatisation of major SOEs players such as Hidroelectrica, is still among the aces up our sleeve, in terms of developing the local capital market, we would also bank on more private businesses and entrepreneurs reaching maturity and turning to the stock market to go public,” says Banca Transilvania’s Mr Hanga.

”A wholesale privatisation of large, state-owned companies is not a singular solution for capital market development — that is why it is so gratifying to see the successful private sector IPOs this year,” says EBRD’s Mr Turnbull.