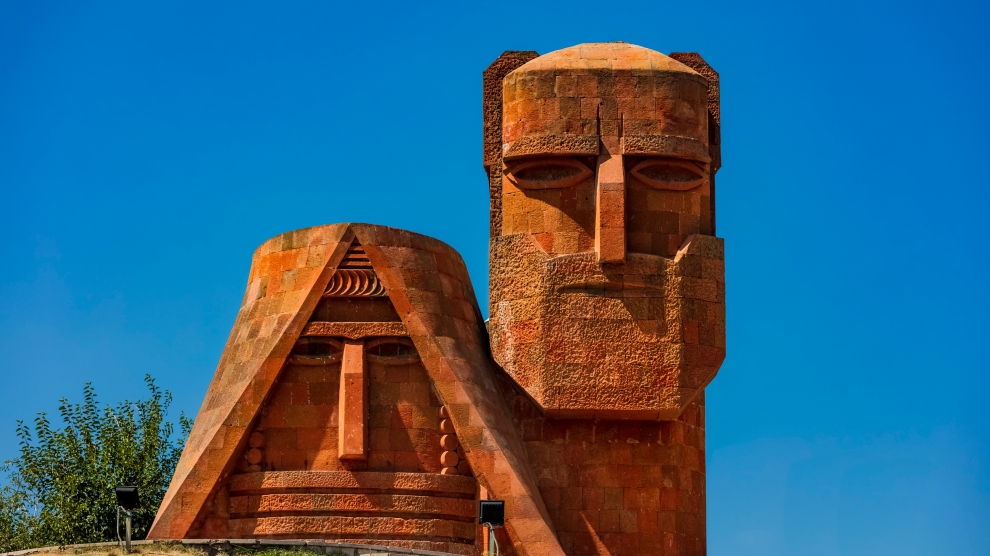 As the war in Nagorno-Karabakh (Artsakh) enters its fourth week, with little hope of peace in sight despite the pleas of the international community, Azerbaijan’s policy is becoming ever more aggressive and ambitious. One of the most recent demonstrations of this were the accusations of Azerbaijan’s Foreign Minister Jeyhun Bayramov directed towards France over its alleged lack of neutrality as a mediator in the conflict.

This was meant as a message of dissatisfaction with the French side for breaking its silence days after the latest round of Turkish-backed Azeri aggression against Nagorno-Karabakh and Armenia began, by confirming the presence of Jihadist militants from Syria and Libya among the ranks of the Azerbaijani armed forces, deployed with the assistance of Turkey. It also made reference to France pointing the finger at Baku as the mastermind and initiator of the latest attacks on Armenia, the exact opposite of Azerbaijan’s official line.

But why would Azerbaijan expect ‘neutrality’ from France at all? Or of anyone, for that matter?

Together with Russia and the US, France is one of the co-chairs of the tripartite OSCE Minsk Group, which has served as the only internationally agreed mediation format for the peaceful settlement of the Nagorno-Karabakh conflict since 1997 – a rare occasion when three out of the five Permanent Members of the United Nations Security Council (UNSC) are working together to reach a conflict resolution.

For more than two decades, the OSCE Minsk Group has witnessed sporadic outbreaks of conflict and regular breaches of the ceasefire along the Line of Contact between Azerbaijan and Nagorno-Karabakh, as well as on the Armenian-Azerbaijani state border. It has also seen the Four-Day War of 2016 – the worst in its scale and intensity before September 27 of this year. In such instances, the Armenian and Azerbaijani sides would traditionally accuse each other of violating the 1994-95 Ceasefire Agreements, while the Minsk Group would issue statements calling on both sides to cease hostilities or to tone down inflammatory rhetoric, without actually naming ‘the side’ that had initiated the incident. In other words, trying to stay “neutral” or ‘balanced’ probably with the understanding that their status as mediators dictates such stance.

It should be noted, however, that there would be no need for such a blame game each time if Azerbaijan had accepted the proposals of the OSCE Minks Group to establish an incident investigation mechanism for ceasefire violations, as well as to enlarge and strengthen the mandate of the OSCE monitoring mechanism on the ground. In contrast, Armenia has always been vocal in its support for these proposals.

Nevertheless, even in the absence of such a mechanism, the accusations of Azerbaijan are groundless.

To understand why, we first need to define what being ‘neutral’ means. Most dictionaries define ‘neutral’ as ‘not saying or doing anything that would encourage or help any of the groups involved in an argument or war.’

Under these criteria, Turkey, which is directly involved in Azerbaijan’s aggression with its military force and ‘unconditional support,’ is automatically disqualified as a possible mediator, in effect becoming, instead, an active party to the conflict. Whereas, the situation with France and other Minsk Group countries is fundamentally different from that of Turkey. Essentially, because even when mediating a conflict, one cannot expect a state to be ‘absolutely neutral’, like for example in the case of the International Committee of the Red Cross, whose primary objective is to alleviate the effects of war on those suffering from immediate hostilities, without engaging in peace dialogue. To that end they have to avoid any actions that might give rise to controversies or that might expose the actual aggressor.

This somewhat ‘technical neutrality’, is, by definition, impossible to apply to states. States are rational actors. They have their legitimate interests and obligations under different international instruments, as well as before their citizens and the international community as a whole. Take, for example, Russia’s obligations before Armenia under bilateral arrangements of strategic partnership and the Charter of the Collective Security Treaty Organisation. Azerbaijan cannot expect the Russian Federation to act in breach of its treaty obligations if it continues violating the territorial integrity of the Republic of Armenia. Still, it has accepted Russia as a ‘neutral’ mediator, with all the possible consequences.

Thus, when the French or other governments openly demonstrate their discontent about the actions of Azerbaijan and Turkey, they are not favouring Armenia but trying to contain a relatively local conflict that has the potential to grow into a larger regional confrontation directly affecting the interests of their respective countries.

By denouncing the deployment of Jihadist mercenaries by Azerbaijan and Turkey so close to European borders, France is also acting in line with its commitments in the context of the global fight against terrorism and radicalism, that have, among others, caused so much suffering to European citizens. Moreover, we should not forget that France is also a Permanent Member of the UNSC – the primary guarantor of international peace and security. Finally, when speaking about ‘neutrality’, it is crucial to understand that it refers primarily to the neutrality towards the peace process and not to the sides per se. This means that mediators should first and foremost serve the best interests of sustainable and durable peace.

Azerbaijan is playing a dishonest game of laying a guilt trip for ‘breached neutrality’ on anyone criticising its dangerous and destabilizing behaviour. Still, genuine ethics of neutrality for a party mediating peace, as well as for those supporting the efforts of the mediators, require openly naming the aggressor and exerting all possible pressure to make it silence its guns, and also require the recognition of the right to self-defence of the side that has been attacked. Most importantly, they require ensuring the unhindered exercise by the people, suffering from existential threat, of their right to international guarantees for safety and security, including by the means of establishment of an independent statehood as the only possible remedy in given circumstances.

Therefore, reviewing the ethics of neutrality is pertinent for saving the lives of innocent civilians on all sides of the Nagorno-Karabakh conflict. ‘Technical neutrality’ is at times a greater enemy to peace than belligerence.

Rima Nieto is an EU and foreign policy analyst, currently based in Spain.