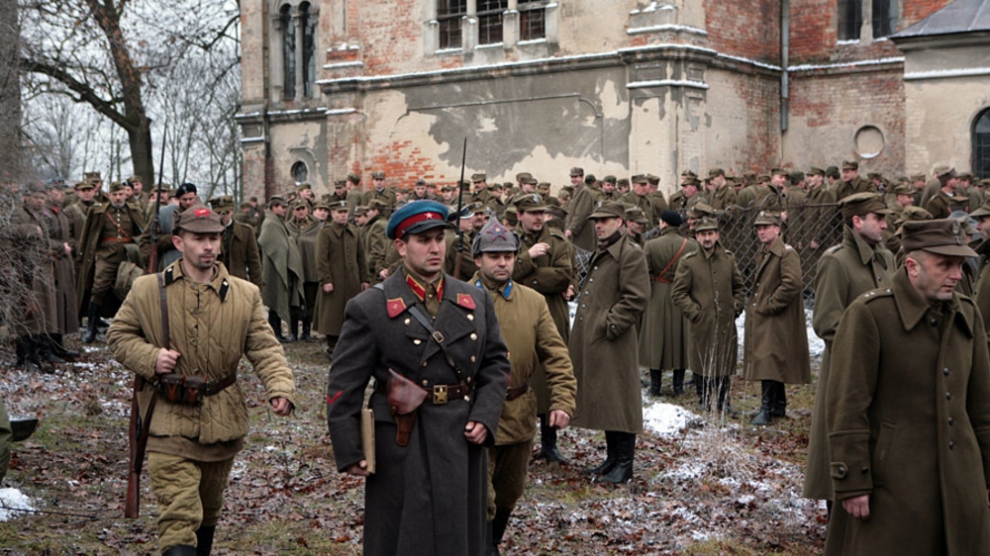 “The conscience of the world cries out for a testimony of truth,” says the inscription on the Katyn monument at the Gunnersbury Cemetery in London, the very first such monument in Western Europe commemorating the victims of the Katyn massacre, unveiled in the autumn of 1976. On the 80th anniversary of the Katyn execution and the 10th anniversary of the Smolensk air disaster, in memory of those killed, we should all bear witness to the truth.

In the spring of 1940, nearly 22,000 Polish citizens, including 15,000 Polish officers, were killed by the NKVD, pursuant to a decision by the USSR’s highest authorities. In violation of all international rights, thousands of Poles incarcerated in Soviet prisoner-of-war camps were considered to be enemies of the Soviet Union, murdered, and buried in the Katyn forest near Smolensk.

This genocide, later called the Katyn Massacre, was only part of a wider operation aimed at liquidating the Polish elites, agreed on in September 1939. Under the Molotov-Ribbentrop Pact, two totalitarian regimes, Hitler’s Nazi Germany and Stalin’s Soviet Union, attacked Poland and divided its territory between themselves. For the two following years, the two aggressors collaborated closely in the destruction of the Polish elites and the Polish resistance.

The Katyn massacre was Soviet revenge on the Polish nation for the Red Army’s defeat in the Polish-Bolshevik War of 1920, which aimed at not only physically liquidating the Polish leadership and elites, but first and foremost at permanently destroying Poland’s statehood since it regained independence after the World War I.

When in April 1943 the Germans announced the discovery of mass graves of Poles in the Katyn forest and the establishment of an international exhumation commission to investigate the circumstances of the crime, the Soviets not only accused the Germans of the atrocity, but also cut diplomatic ties with the Polish government-in-exile based in London. The Soviets’ gross lies and denial of the massacre were censored, ignored or vastly downplayed by many Western countries that chose good relations with the USSR over the truth.

Shortly after the war, the Polish government-in-exile issued a report: The Katyn massacre in the light of documents, written by an outstanding Polish writer Jozef Mackiewicz. He was part of the international commission investigating the Katyn crime. The publication and distribution of the report was banned in communist Poland. Despite the disclosure and description of the tragic events of the spring of 1940, most of the Western elites did not stand up for the truth, thus with their silence they gave consent to the Soviet lies.

“It was 70 years ago. They were killed – beforehand restrained – by a shot to the back of the head, so that there was little blood. Later – still with eagles [Poland’s national symbol] on their uniform buttons – they were put in deep pits. Here, in Katyn, there were 4,400 deaths like this. In Katyn, Kharkiv, Tver, Kyiv, Kherson and Minsk – there were 21,768 in total. The murdered were Polish citizens, people of different creeds and professions: military, policemen and civilians. Among them were generals and ordinary police officers, professors, village teachers and military chaplains of various religions: Catholic priests, the Chief Rabbi of the Polish Army, the Chief Greek Catholic cleric and the Orthodox Archbishop. All these crimes – committed in several places – are symbolically called the Katyn Massacre. The victims share the same citizenship and the same fate upon the perpetrators’ decision. These people were killed without a trial or a sentence. They were murdered in violation of the civilised world’s laws and conventions. What is a death of tens of thousands of people – citizens of the Republic of Poland – without a court trial? If this is not genocide, then what is?” – These are the words of truth of the unspoken speech of Poland’s President Lech Kaczynski, planned for the commemorations of the 70th anniversary of the Katyn massacre on April 10, 2010.

The speech never took place, because a plane carrying President Kaczynski and 95 other high-ranking Polish officials – including the last President-in-Exile Ryszard Kaczorowski –heading for the Katyn commemorative events crashed near the airport in Smolensk. There were no survivors.

Even though it has been 10 years since the crash, the wreckage of the presidential TU-154M plane and its black boxes remain in Russia’s hands, stored in a hangar at the military airport in Smolensk. Poland has repeatedly asked for its return, but the Russian authorities have repeatedly refused to do so. In 2018, the Parliamentary Assembly of the Council of Europe adopted a resolution calling it “an abuse of rights” and urging Russia to return the wreckage of the presidential plane to Poland.

In 2010, the commemorative events of the Katyn massacre were overshadowed by the news of the tragic plane crash. Similarly today, as thousands of people around the world are becoming victims of the coronavirus pandemic, it is impossible to honour the memory of the victims of the tragic events of the past. As Polish citizens and representatives of the democratic community of the West, we cannot allow for silence, similar to that which enveloped the Katyn Massacre for many decades of the Cold War, to prevail. While Nazi Germany’s crimes have been condemned by the whole world, Soviet crimes are still diminished.

Today, on the 80th anniversary of the Katyn massacre, the international community needs to remember that the Katyn case has not been closed. Neither the documents nor all the places of execution and burial of Poles have yet been discovered. The truth about the Katyn atrocity requires international solidarity and it is especially important in an age of disinformation. The truth about the tragic events of 80 years ago and 10 years ago near Smolensk should be preserved as a vital lesson for the generations to come.

Turning a crisis into an opportunity? Relaunching the EU economy after coronavirus
Towards a vibrant civil society in Ukraine and Armenia
Comment