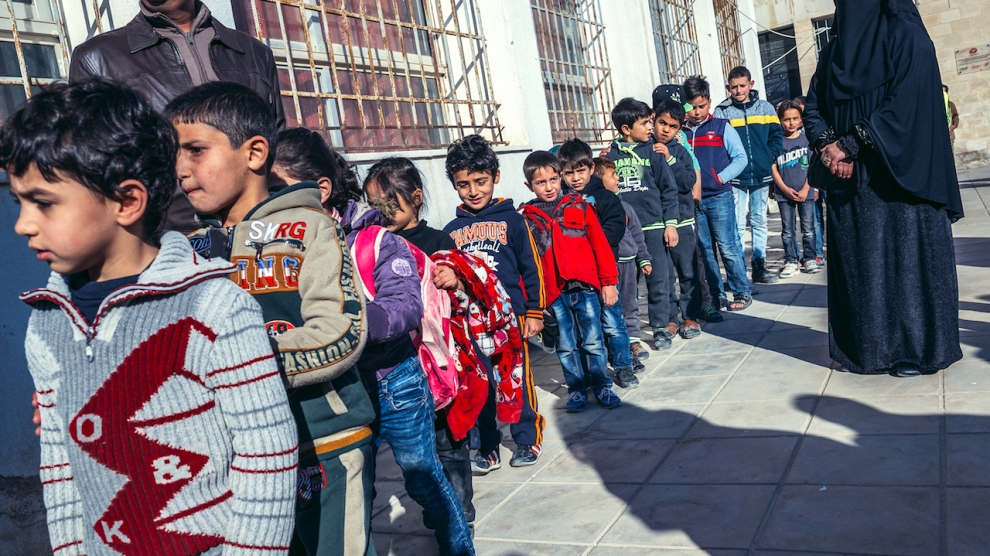 The conflict in Syria is the worst humanitarian crisis of our time. To date, almost five million people have been forced to flee the country in six years of war. They are seeking a safe haven in Jordan, Lebanon, Turkey and beyond, while some 13.5 million people are displaced internally.

Desperate humanitarian efforts were always a race against time. They could not prevent the crisis from also affecting the economies of Syria’s neighbouring countries. The unprecedented influx of refugees is a massive burden on the host countries and a strain on their infrastructure. At the same time, solutions are needed to empower refugees to participate in the economy.

In 2016, during the Supporting Syria and the Region conference in London, the international community — bringing together humanitarian aid organisations and international financial institutions — pledged its help. The EBRD joined this effort.

Our focus in doing this was to assign a key role to the private sector to provide sustainable livelihoods for refugees and to help the host countries to cope with the economic strain, and the strain on public services, of this huge challenge. Currently, Turkey is home to more than two million refugees from Syria alone, while Jordan has an estimated 1.4 million people who have fled from their homes.

We have brought our core competencies into play: infrastructure support, small and medium-sized enterprises and inclusion programmes to specifically support women and young people.

The population increase in Jordan, especially in the capital Amman, is overburdening its infrastructure on many levels.

One €22.5 million investment in the construction of a new 30 km wastewater pipeline will provide additional capacity to the wastewater system and will benefit 2.2 million people. Another €13.2 million investment, in the East Zarqa wastewater project, will benefit about 450,000 people by 2020. The Greater Amman Municipality will upgrade the solid waste infrastructure, in order to cope with the 25 per cent increase in waste generated by the rapid rise in population, thanks to a €102 million loan.

Creating jobs, for youth in particular, is critical for the host communities as well as the refugees. In Jordan, we have supported a training programme in retail skills for young Jordanians. The training centre was opened at the Abdali Mall in October 2016, and has already provided training to 150 young people. The majority of the trainees found jobs in the mall and the neighbouring shops and restaurants. This programme will expand to include Syrian refugees in the second half of the year.

Together with Microfund for Women, we are also supporting the entrepreneurial spirit of female refugees by scaling up the pilot programmes to include them.

While only a political solution will end the human suffering in Syria, as stated during the Supporting the future of Syria and the region conference, held in Brussels in April 2017, the need for economic development and to improve lives, as quickly and as efficiently as possible, is only becoming more pressing. Every institution which can make a contribution towards this goal is urgently required to do so.

Dr Heike Harmgart is Head of the European Bank for Reconstruction and Development (EBRD) in Jordan. She has been working in the country since the beginning of the Bank’s expansion to the Southern and Eastern Mediterranean Region. She previously covered the region as the Senior Economist in charge of the Macro Economic and Structural Economic Analysis. Prior to joining the EBRD, she worked several years for the Economist Group, mainly on emerging markets in the Economist Intelligence Unit (EIU). She holds an Economics Master’s degree from Berlin’s Humboldt University and a PhD in Economics from University College London (UCL).