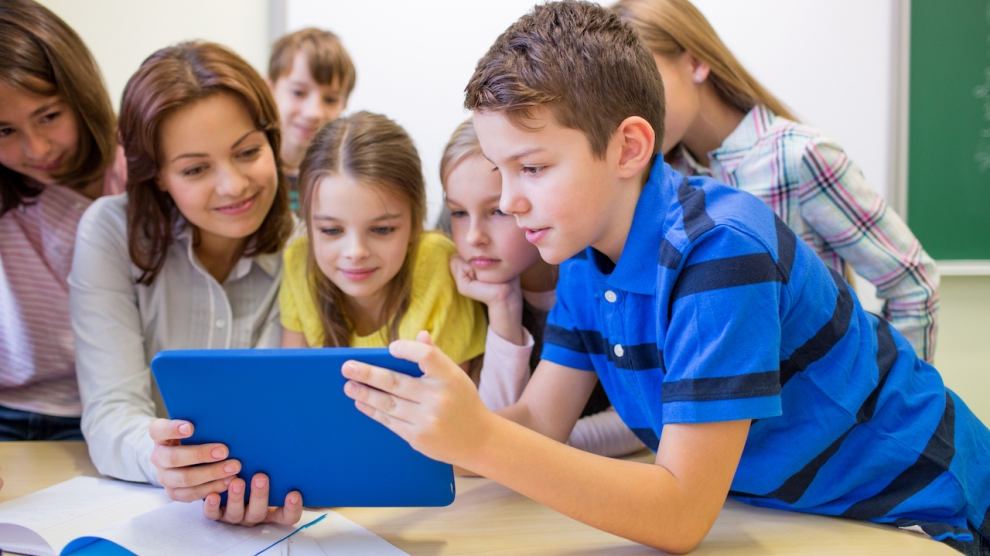 The talent of software developers is the linchpin of creation and development for the IT industry in any country. That is especially true in Ukraine, as Ukrainians are very talented as a nation. In the Human Capital Index, Ukraine ranks 26th out of 130 countries in the world.

Ukrainian IT-software developers, specifically, are recognised as being among the strongest in the world. Globally, Ukraine ranks fourth in the number of certified IT-specialists, closely following the US, Russia and India. Europe’s list of top 50 technical entrepreneurs has two Ukrainian experts on board: Jan Koum, a WhatsApp’s founder, ranks second, and Max Levchin, closely behind him, gains the eleven’s slot with such projects as PayPal, Yelp, Slide and Affirm.

Nevertheless, talent and natural inclinations still need to be developed otherwise they will just remain mere opportunities. There is a need for quality education and the Ukrainian universities can offer this.

Keeping up with the change

According to the UN Education Index, Ukraine has leapt into the leadership race and has come in 31th place. However, by the World Bank’s World Development Indicators, Ukraine can be found in the Top 50 countries for IT development and education, for its exports of IT services and, additionally, in the Top ten for penetration of higher education.

Ukraine is a big country. Every year, in Ukraine, 368 universities and higher-educational institutions produce approximately 16 thousand young IT graduates and nearly 130 thousand technical experts. That is 40 per cent of all Ukrainian graduates. The high percentage of technical experts is explained by the history of the Ukrainian educational system: the Ukrainians competed against the powerful mathematics schools of the former USSR and passed down this strength from generation to generation.

However, Ukraine faces a problem, in education, that is identical to the global problems in education: the world is changing rapidly and, following this, the education system should change as well. If this does not happen there is a risk that Ukraine’s graduates’ specific skills, knowledge and competences could lose their relevance. It is necessary to develop new approaches towards education, to change methodologies and to switch to a competent paradigm of education.

Shaping the future of the sector

This is, specifically, why the development of education serves is one of key areas of concern for the ‘IT Ukraine’ Association. The Ukrainian IT business has a total understanding of sustainable development logics and values, and actively participates in the establishment of its future personnel composition.

As an association, we interact with the Ministry of Education of Ukraine and in 2016 our work resulted in a 15 per cent rise in the volume of the state-supported placement of students across high-educational IT establishments. In Ukraine, the better students receive training, free-of-charge, at the state higher-educational establishments. This norm is stipulated in the law and refers to not less than 50 per cent of total current students. The government injects long-term investment into its students on order to meet the projected market needs at the moment their training is completed.

We also increased the volume of public IT contracts in the coming three-four years, which will highly help to raise the number of experts in this industry and will expand the opportunities for IT development in Ukraine.

Training in IT software programming was introduced into the curriculum of Ukrainian secondary schools from the moment college students turn 12. Globally, Ukraine has become the fourth country to kick off ‘kid-oriented’ training to get children prepared for life in a digital age. In the future, basic software programming will be required for work and business, similar to the current need for a command of MS Office skills. Early mastering of software programming skills will also allow a higher number of people to explore their preferences for technical jobs generally and software programming, specifically. Consequently, this will increase the number and quality of IT-software developers in Ukraine.

In addition to this, we, the Association and its member companies, organise a profession-oriented ‘Join IT’ project, every year, for 12-16 years. Proactive employees of Ukrainian IT companies conduct public awareness meetings, at schools to give children a chance to explore the machinery of the IT industry from this inside, and to ask questions and learn more about the IT world. In this way the Association boosts the number of IT applicants, their motivation and the quality of their initial training. Finally, the Association’s team raises the common educational level of Ukrainian graduates from the higher-educational establishments and the professionals in this industry.

SoftServe and a Lviv-based IT-cluster have jointly created an innovation bachelor training programme – ‘Internet of Things’ – at Lviv Polytechnic National University. Leading software developer- practitioners at the Ukrainian company, SoftServe, developed a curriculum. These same software developers-practitioners will tutor the students and thus will give them direct access to the best practices. Training under the curriculum has already begun and, in a three-year timeline, the first graduates, known as IoT experts, will be qualifying.

The Association has arranged a conference on ‘IT education and IT Industry every year, now for the past four years. It also concerns synergy and prospects for development’ and aims to create a unique space for business and educational representatives to interact. The educational establishments will hear about business’s needs for graduates while the business will be able to hear about the requirements of education for changes and help to cope with them. As an example of such deliverables, one could refer to the development of promising educational areas such as STEM, or, at the level of the Ministry of Education of Ukraine, their urgency to discuss the prospects of dual education where the Ukrainian IT business has demonstrated its deep interest.

For their past, companies are creating internal training centres for their requirements. We especially highlight a joint training course between EPAM and the SoftServe University that not only carries out training for their personnel, tailored for their needs, but also accommodates the overarching ecosystem of the IT industry in Ukraine, as well. In 2016, approximately 1,850 students completed an EPAM training course; thereafter 455 students received job offers from the corporate sector while, after a quality training from one of the industry leaders, 1,400 students entered the market.

Similarly, private educational initiatives, in Ukraine, are actively developing  and trying to accommodate the experience and methodologies of the leading global schools. For instance, UNIT Factory has appropriated the experience of a French school’s # 42 and Peer-to-Peer (P2P) learning methods. A Main Academy was accredited by ISTQB, as a provider of training and certified by the Microsoft IT Academy.

The views expressed in this opinion editorial are the authors’ own and do not necessarily reflect Emerging Europe’s editorial policy.

Yury Antoniuk is President of the IT Ukraine Association, which currently has around 40 members — leading Ukrainian IT companies.