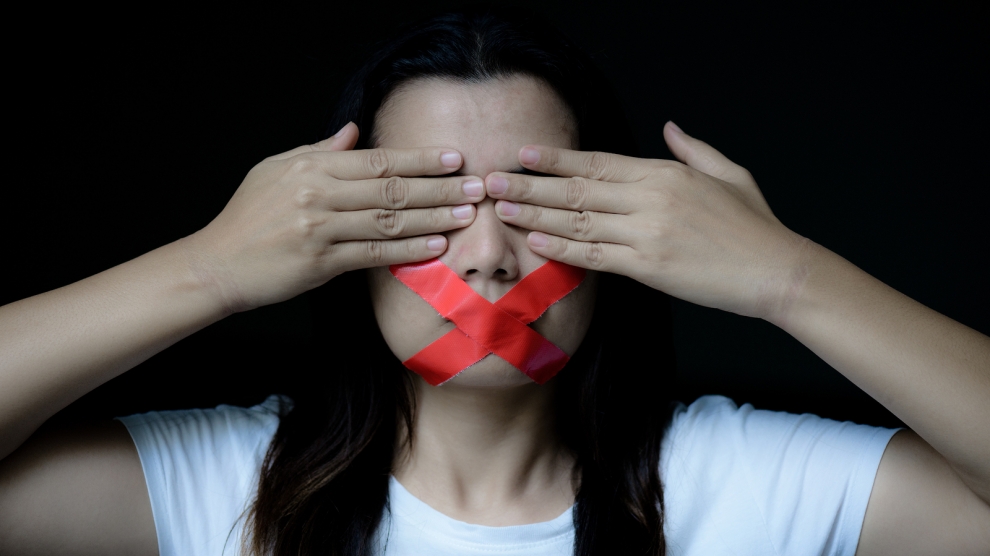 The concept of civil society is a product imported into Latvia in the 1990s. It was rooted into the idea that democracy could be stabilised by promoting people’s self-organisational skills. First of all, this way the atomising influence of communism would be reduced and a healthy “moral infrastructure” restored quickly; secondly, it would become possible to relieve the state of numerous functions characteristic of the communists’ bureaucratic authoritarianism. The state could step away from supervision and the provision of countless services, instead enabling people to pursue their interests on their own.

The most influential — intellectually speaking — defence of “civil society” can probably be found in Ernest Gellner’s Conditions of Liberty: Civil Society and its Rivals. There, Gellner writes about civil society as a social phenomenon characteristic of the West. In this space of social life there’s neither the state tyranny characteristic of totalitarian regimes, nor the “tyranny of cousins” characteristic of tribal societies. It’s the strange public sphere where people are truly free and equal, permitted to join different organisations of their own accord. It requires strong but limited state power: the state should guarantee the rule of law and respect the freedoms of expression and assembly, but not interfere in the sphere of horizontal cooperation between people.

Fate dictated that, in time, this idea assumed the role of a bureaucratic guideline. Alas, how much public and private money was spent on “promoting civil society”! For many, it was a well-remunerated epoch, and to others it was simply educational! The main lessons are learned when ideas meet reality. In many countries, there arose a professionalised class of civil activists, whose task was to attract money from different foundations in order to pursue a noble goal of choice – to fight corruption, to promote human rights, to support minorities, etc.

It was presumed to be self-evident that the newly democratised citizens could not support their own organisations. This was mostly true, but in reality this assumption brought about a unique “civil oligarchy”, which quickly mastered the art of writing different projects and, for a fair fee, could construct a Potemkin village of civil society, at any time and place specified by the client.

Sadly, time doesn’t stand still. Several former post-communist countries became full EU members. Their democracy and civil society ratings were good enough to consider “strengthening civil society,” by and large, a finished project; in addition, there was the 2008-09 economic crisis, during which the volume of unattended money shrank drastically across the globe. Civil society was no longer a highly profitable business. Societies had changed as well. The generation, which enthusiastically started building liberal capitalism in the early 1990s, had grown old, grumpy, frustrated, and annoyed. It’s not that life hasn’t improved, generally speaking: it has, and markedly so at that. But the beautiful ideal of capitalist prosperity, as it was imagined some 30 years ago, is out of reach for this generation. One day, it will probably arrive for the “new” Europeans as well. The only problem is that, quoting Nekrasov, “live in that beautiful era, I shall no more and neither shall you.”

A generation tired of waiting

This is clearly evident in our regional politics. It’s here where a generation is emerging, tired of waiting and no longer believing that, in a little while, we’ll start living the way they do in Europe. The recent beautiful dream seems, to many, to be a grandiose fake. We’re putting on a show of being loyal to civil society, human rights and democracy, and in return we get not western European prosperity but refugees and forced solidarity with Greece. Such attitudes have several colourful standard-bearers of their own. The Prime Minister of Hungary is a great example. This former “sorosite”[1] is now fighting liberalism and globalisation with the vengefulness of a rejected lover. Increasingly often, individual rights and democracy seem to be an “outside” imposition, which does not and cannot have anything to do with our authentic culture. It is increasingly difficult not to succumb to the temptation to employ oppressive instruments of power in the fight against people who think differently and who dare to speak up. The future has a diminishing role in decision-making, while the archaic is becoming more important. It’s no longer just small pockets of extremists willing to join the ranks of the far right; it’s entire classes of society.

Meanwhile Europe’s open borders, which seemed a great achievement twenty years ago, are taken for granted. They will always be open for us “white people”, but please don’t send anyone this way. It’s like a vision of Europe à la carte. We can accept German and French investments, we can send our children to western European universities, but please spare us the separation of powers, the human rights and Istanbul Conventions—thanks, but no thanks. Or else, we’ll show you what we’re capable of at your home in Brussels.

It’s not a matter of whether this attitude is viable in the long-term, but rather that the wave has not yet crested and it’s anyone’s guess as to how high it will rise. In Latvia too, it’s not a matter of “if” but rather “how high”, as most leading parties are trying to underline their conservatism. The question is what there is left to do for people who champion such unpopular values like independent media and courts, pluralism of opinions, tolerance, and individual self-determination. It’s misguided to expect elite leadership in this respect. The ancient longings have come to fruition. The elites of today are indeed “close to the people”, ready to follow all the phobias, conspiracy theories and oddities of the popular majority.

Therefore there’s only one solution: civil society. But it will be a different civil society. Or rather, the thing, which we are used to calling “civil society” in Latvia, has serious challenges ahead. Goodbye to the times when it was acceptable to pay rhetorical tribute to liberalism and European integration, when politicians across the whole spectrum considered it a matter of honour to drink Cognac at Soros Foundation receptions, and when civil activists had money and the assurance that they are working on behalf of the majority.

Now the civil society, as far as it will be willing to enter politics at all, will fight the majority and will be forced to admit itself to be what it has been for a long time, i.e. the minority. This is a new and unusual situation. People like to identify themselves with the majority, because, especially in democracies, the majority is strong. During times of democratic optimism it was simple and enjoyable to identify oneself with the majority, because European integration and Western values seemed self-evident, even if, in truth, they weren’t. But now, on the contrary, xenophobic populists purport to speak the voice of the majority, and they sound quite believable in doing so.

Therefore, being a supporter of civil society will become more and more unpleasant when, with support from the majority, individual liberties are cut with majority backing; when the media are brought into line; swarms of free thinkers are dispersed at universities; and courts are politicised; and so on, according to the Budapest checklist.

As we know, everything that does not kill us makes us stronger. If civil society survives the winter in our region, a confrontation with reality such as the current one may benefit it in the long term. You may or may not like it, but numbers decide everything in a democracy, and any public interests will be represented in politics only as long as they can rally people and carry them away. It’s the age-old skill of self-organising, one that cannot be taught at school. It arises from mutual interaction between people, and it is very scarce in places where society has been stripped of the chance of free self-organisation. It requires unceasing work with real people who differ from us in their earnings, lifestyle, and political views. That’s what being a citizen is about: being ready to work with people who are connected to us only in that they belong to the same country and society. We must live with it — civil society will never resemble a company of friends or have anything like the cosiness and warmth of a family. If you want others to respect your common interests, you must learn to live with the variety that exists between people.

Mutual trust, which many are touting as a cure-it-all, is not anything self-evident or natural. It is brought about when people different from and unfamiliar to one another learn to take joint action in their own interest. They don’t have to be friends, but they must be able to abide to the rules of cooperation, which is what all these organisational statues and protocols, often detested in these parts, are meant for.

But if we look for natural harmony and togetherness of souls, what we’ll have is a sect. Sadly, Russia provides several examples on how civil society can morph into infighting sects. Their members often like to intrigue between themselves but are rather cautious when the public at large is concerned. Of course, the institutional environment is much more favourable for civil society here in Latvia. But here, too, there’s sectarianism in many places, and an insurmountable propensity to attach disparaging labels to others, which serve as reasons not to speak to them; there’s love for conspiracy theories and for giving up on any initiative in its early stages. And thus the disappointed Latvian citizens end up back in their kitchens, only to land in the stale old soup.

[1] Translator’s note: the Latvian sorosīts, “a Soros person”, is used as a catch-all pejorative against liberals. The use of this word has been championed, for example, by local oligarch Aivars Lembergs.

This editorial was originally published by the Latvian web portal Satori and translated by Lauris Veips, editor of LSM.LV. It is reprinted with permission. The views expressed are the author’s own and do not necessarily reflect Emerging Europe’s editorial policy.

Ivars Ījabs, a Latvian political scientist and publicist and an associate professor at the Faculty of Social Sciences at the University of Latvia.