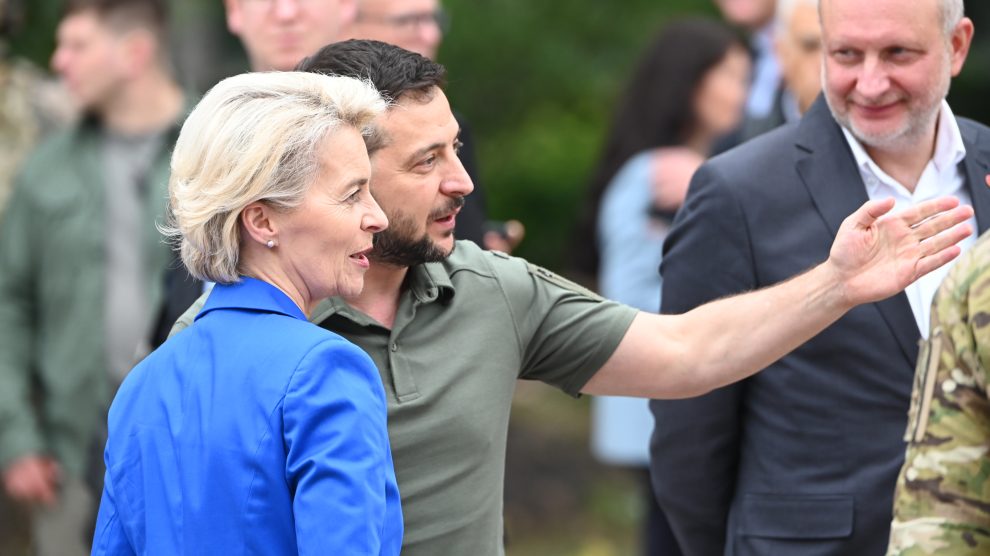 Ukraine’s economic and political integration into the EU will strengthen the Union. We must not wait until the war is over to begin the process.

We have reinforced our chosen course by transforming the country while fighting Russia’s war of aggression. On February 28, 2022, on the fifth day of the biggest war on the European continent since World War II, President Volodymyr Zelensky submitted Ukraine’s application to join the EU. This step might seem spontaneous to some, but not to Ukrainians, not to our partners who know Ukraine well. Our EU membership application was a way of cementing the achievements and successes of the reforms that have turned Ukraine into a strong, resilient European state.

Today, at a time of war, Ukraine continues to carry out reforms that bring us closer to the EU even under daily attacks from terrorist Russia, which has chosen the path of intimidation and genocide.

In 2022, 146 EU-bound draft laws were registered in the Ukrainian parliament. Thirty-two were passed on their first reading and forty-four were adopted, including six key laws to implement the recommendations of the European Commission, as defined in its conclusion on EU candidate status for Ukraine.

Ukraine will be moving fast to align its legislation with the EU to ensure the highest level of internal preparedness till the end of the year, which will enable EU leaders to make a political decision on opening accession negotiations.

Some might ask: Why should we focus on this now, at a time of full-scale invasion? The fighting on the battlefield is about our survival as a state and nation; and Ukraine’s EU integration is about our recovery and rebuilding. It’s also about building a stronger, more united Europe. By taking the decision to grant Ukraine EU candidate status, the EU has ended an area of ambiguity that prompted Russian aggression and halted development of the Eastern neighborhood.

Today, as the European project faces an existential threat, EU enlargement should again be seen from a strategic geopolitical perspective.

While proceeding to EU accession, we are focused on deepening our cooperation, gradually integrating into EU internal market as a result of implementing the acquis communautaire. This will support the two economies, both now and in the future, by giving Ukrainian and EU companies greater access to each other’s markets, especially during the reconstruction of our country. We’ve seen this effect very well during the war so far; in 2022, thanks to the “Solidarity Lines” initiative, abolishing quotas and duties, and developing customs infrastructure, our exports of goods to the EU increased by 14.5 per cent compared to 2021.

Amidst the ongoing geopolitical storm, the European Union must decide what kind of future it wants. The Union will succeed in protecting the “European way of life” only by actively defending it.

This means becoming a centre of influence and policy formation on the continent. To protect the community, the EU must also enhance its collective security and defence from different kind of threats. Ukraine, with its Armed Forces that becomes stronger every day, can significantly strengthen the Union. To ensure our security in years to come, we are going to further develop our military-industrial complex. And we see EU countries as our partners for joint production of high-tech weaponry.

Ukraine also has many things to offer in the digital and innovation sphere. During a full-scale war, Ukraine has launched a number of important digital services to help its citizens. People can report property damage caused by Russian attacks, receive the status of internally displaced person in a few clicks through an app. And these are just a few examples of Ukraine’s determined effort to build a digital state. Ukraine is already sharing this expertise with the EU partners; its participation in EU digital transformation will drive our economies and ensure EU digital sovereignty.

Another milestone that we can only reach together is energy sovereignty. We have already witnessed how Europe is ridding itself of dependence on Russian gas much faster than predicted. Moreover, European countries are advancing their transition to green energy and climate neutrality. Hydrogen, biomethane, electricity generated from renewable, hydro and nuclear energy sources, including in Ukraine, will reduce the need to import the energy from outside of Europe.

Ukraine is essential to reaching the climate neutral continent goals of the European Green Deal. Our commitment to the green transition and decarbonisation remains as strong as it was before the full-scale war that brought such a devastating impact to Ukraine’s economy and environment. We are ready to work with the European Commission to reinvent the green agenda for Ukraine – the basis for our EU integration and post-war recovery.

Ukraine and the EU think and act alike, we share the same goals and values. Ukraine’s gradual full economic and political integration into the EU will strengthen the Union and contribute to the achievement of its strategic autonomy. That’s why we should not wait until the war is over to start the process of deeper integration and formal accession. 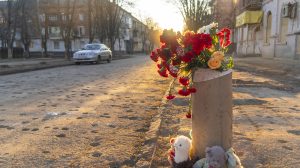 Why we need a Ukrainian victory, not peace negotiations