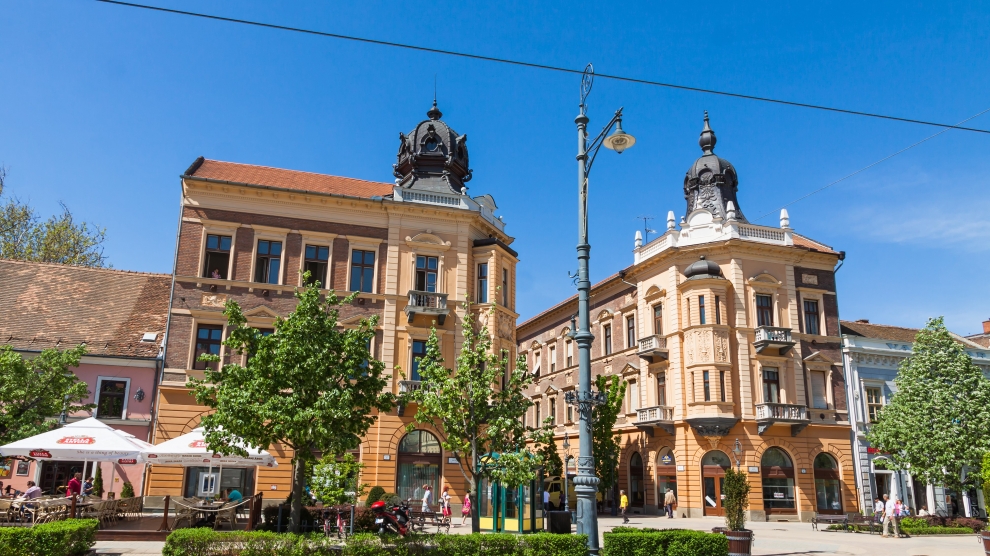 The largest city in eastern Hungary, Debrecen is an elegant place long-famed, like many towns in this part of the country, for its healing thermal waters, here set in majestic forested surroundings. Home to one of the best aquaparks in Europe, it is also a cultural centre of some renown. Its university is Hungary’s largest, and during term-time the city is a lively student centre with a flourishing music scene.

For a start, it has never been easier to get here. Since Wizz Air began operating flights to Debrecen from a number of European cities in 2012, as well as from Tel Aviv in Israel, record numbers of tourists have been visiting the city. Boutique hotels and pensions galore have opened up to accommodate them, offering a more relaxed alternative to the high-rise hotels of the communist era.

Debrecen’s recently modernised airport is close to the city centre. Bus number 1 stops outside the terminal building and runs to the main train station in the city centre. The journey takes no more than 15 minutes. From the train station, at the far end of the city’s main street, Piac utca. A tram from run the full length of the street before looping around the city’s park and enormous thermal bath complex. Unless you are heading out into the Pannonian Steppe (puszta, or Great Plain) it is unlikely you will need any other form of transport: the city is incredibly pedestrian-friendly.

The faded grandeur of the Secession-era masterpiece that is the Aranybika Grand Hotel on central Kossuth tér will appeal to some, but far better value is offered by the many pensions on Debrecen’s side streets. The Malom, a short walk to the west of the city centre and set inside an old mill, has bags of character, charming rooms and a decent restaurant.

Piac utca, Debrecen’s main street, leads all the way from the city’s railway station to its central square, Kossuth tér. A walk along here is the perfect introduction to the city, not least as its northern section is partially pedestrianised: only trams are allowed. During the summer and early autumn there are craft markets, street food fairs and live music most weekends – and often during the week too. (Piac utca in fact translates as Market Street, reference to the important horse markets held here in the past). The Neo-Classical building on the corner of Piac utca and Kossuth utca is the city’s rather fine Debrecen Town Hall, built in 1842-3 to designs by local architect Ferenc Povolny.

Probably Debrecen’s defining landmark, the modest yet elegant Great Reformed Church (Nagytemplom) stands at the head of Piac utca and is the most important protestant church in Hungary (Debrecen was the heart and soul of the Hungarian Reformation). In 1849, Lajos Kossuth proclaimed the country’s independence from the Habsburg Empire here. The chair he sat in while he read his declaration has been preserved for posterity. There are great views of the city from the top of the western tower.

Behind the church is the Calvinist College, dating from 1538. It is home to a fascinating interesting museum telling the story of the church and the college, and you can also visit the Oratory, where Hungary’s provisional parliament met in 1944, while Budapest was still under siege.

Cattle played a huge role in the economy of Debrecen in the past, and beef remains the staple of cuisine in these parts. At the Csokonai restaurant on Kossuth utca you can feast on enormous portions of Hungarian classics with a modern twist – from roasted marrow bone to goulash, pork knuckles to pumpkin soup – at more than decent prices. The place is hugely popular at weekends and can get very busy: make a reservation. IKON is another good choice for contemporary takes on the very best Hungarian food. The steaks are tremendous and everything is done with a bit more flair than the norm. Boasts a superb wine list. 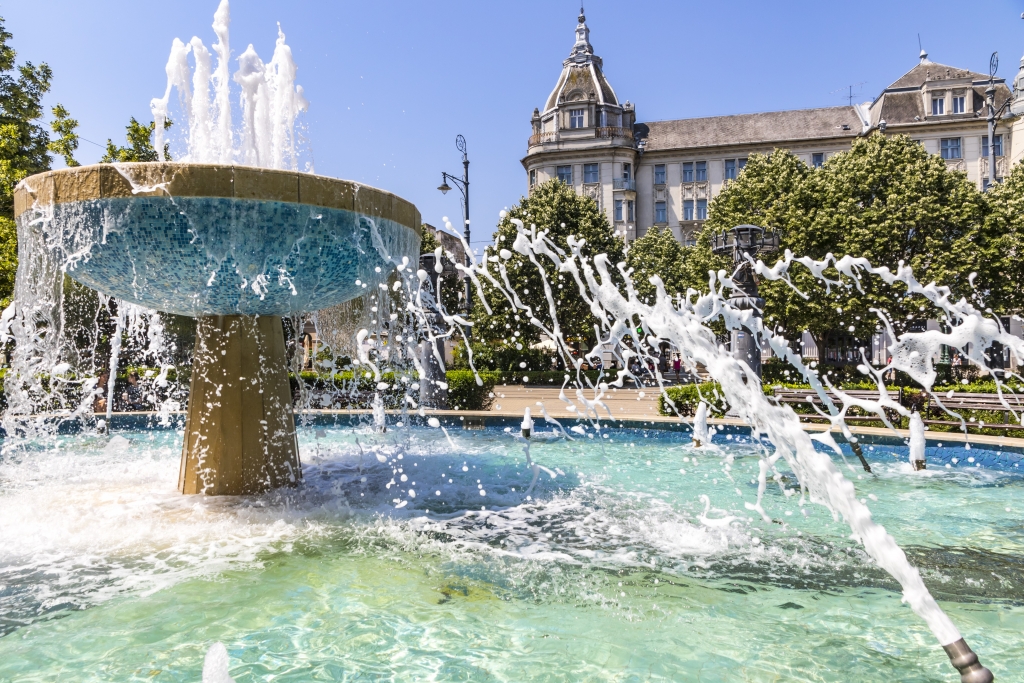 Debrecen has long been famed for its extensive thermal bath complex (since Roman times, in fact), and there is a huge range of large outdoor pools and baths, as well as an indoor pool and a vast aqua-therapy treatment centre offering cures for all sorts of ailments. Aquaticum, a modern, indoor thermal bath complex and waterpark is found next door, and caters to a younger generation and families, and offers a mesmerising selection of waterslides – some of which are rather scary – as well as children’s pools and even Thai massage. The ticketing system is Byzantine in its complexity, depending on how long you stay and which services you use. Chances are you will want to spend the whole day here.

Hortobágy is an enormous national park which remains the largest in Hungary. It stretches for over 82,000 hectares from Debrecen to Lake Tisza and was made a UNESCO World Heritage Site in 1999. The vast plain is hugely popular with nature lovers and birdwatchers, and is the nesting site of as many as 152 species of bird, including great bustards, herons, storks and spoonbills. Besides birds; grey cattle, horses, buffalo and the bizarre Hungarian racka (a long-haired sheep) continue to be herded by farmers. The 300-year old Máta Stud Farm riding centre inside the park is Hungary’s best, and organises spectacular riding displays: the horses were traditionally trained to crawl through the grass in order to avoid being seen by enemy forces. There are trains to the village of Hortobágy from Debrecen, from where the stud farm is a 30 minute walk. It’s well worth the effort.

Hortobágy csarda in the village offers great local food in a sublime countryside setting, all sourced from the plain, and puts on rather touristy but no less enjoyable shows of local song and dance. Back in Debrecen, Roncsbar is a great place to try Hungarian beer (including a few locally-made craft ales) in somewhat crazy surroundings: the entire ceiling is covered with cymbals. Live music some nights.

Debrecen in one paragraph

A great chance to explore a quieter, more peaceful and yet still vibrant Hungary. Debrecen can feel a little provincial compared with Budapest, but it is all the better for it. A buzzing nightlife scene (especially during university term-time) will keep party animals happy, while nature lovers should head out into the Great Plain. Do not miss the chance to enjoy one of the many well-priced treatments at the thermal baths, and climb to the top of the Great Reformed Church for a photo opportunity unlike almost any other in Hungary.