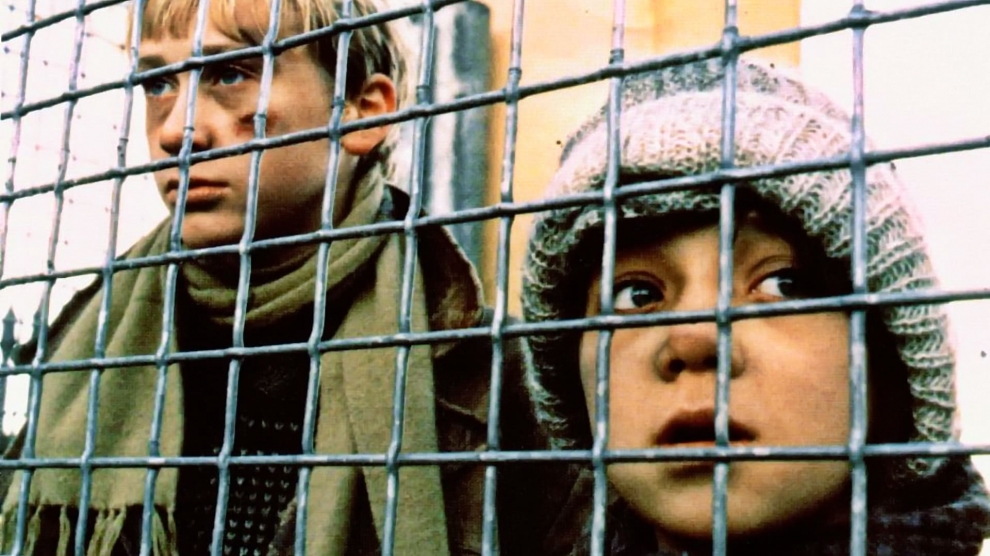 During the coronavirus lockdown, here at Emerging Europe we recommend books, films, TV shows, albums and games from the region to provide entertainment and knowledge about the 23 countries we cover.

This time we are looking at five classic Polish films that you can now watch on Netflix. The selection of titles includes movies produced between 1970 and 1990 which to some extent reflects the Polish reality of the last two decades of communism.

Four out of the five selected directors graduated from the Film School in Łódź, one of the oldest film schools in the world and the birthplace of the Polish Mafia as the Polish cinematographers working on top Hollywood productions like Spectre, Pulp Fiction, Black Hawk Down, Pirates of the Caribbean, Midnight Cowboy, Saving Private Ryan, Ray and Speed are often referred to.

We start with Escape From the “Liberty” Cinema (Polish: Ucieczka z Kina “Wolność”) produced in 1990 and directed by Wojciech Marczewski.

The central character played by Janusz Gajos is a provincial censor, a tired, sloppy and lonely man. “Censorship is necessary. Censorship is an art. A good censor should be an artist,” he says in the opening line. The film focuses on an artistic rebellion during a screening of a sentimental Polish melodrama at a cinema across the street from the censor’s office, when film characters suddenly speak freely to the audience. When the censor is unable to control the situation, senior party officials are called in.

This complex, allusive and deeply felt examination of the nature and effects of censorship is one of the key films of the political breakthrough of 1989.

Two brothers Jędrek, 15, and Grześ, 12, leave Poland for Denmark hidden under a truck, as a means of helping their parents and finding a better future. Inspired by the true story of two Zieliński brothers who escaped to Sweden, the film shows how the teenagers exchanged the everyday hardships of a communist country for the unknown in the West: the refugee camp, the struggle for political asylum, homesickness.

The photography, mood, lighting and the haunting music capture the very depth of human emotions convinced the jury at the European Film Awards to choose 300 Miles to Heaven as the Young European Film of the Year in 1989.

The third recommended film, The Weather Forecast (Polish: Prognoza pogody) was produced in 1983 and directed by Antoni Krauze.

This film is set in an old people’s home run by an ageing director with an authoritarian hand. On an October evening, the residents gather in a living room to watch the news and the weather forecast. They learn about a harsh winter that is coming which makes them believe the home will soon be closed down. That coincides with a delivery of coffins which encourages the residents to their confines as a way of surviving the situation. The panic search for the pensioners begins.

It might be for a short moment, but the home’s residents regain a sense of dignity. Deep, moving but also positive and cheerful, the film received the Grand Prix at the San Remo Film Festival in 1987.

The Spiral (Polish: Spirala) was produced in 1978 and directed by Krzysztof Zanussi.

Although he hasn’t booked a room, Tomasz, played by Jan Nowicki, turns up at a resort hotel in midwinter, behaves enigmatically, accosting other guests with rude, personal remarks and interrupting their conversations and disappears the next day. We later learn that he is dying from illness, that his visit to the resort is part of his suicidal plan. His attempt to die amidst the snowy slopes, however, is foiled by an official, expensive effort to rescue him by helicopter.

The film – a spiritual as well as a psychological portrait of a young man – received a distinction at the Film Festival in Cannes in 1978.

The Cruise (Polish: Rejs), produced in 1970 and directed by Marek Piwowski, is the oldest film on the list.

The film is set on a pleasure steamer chugging down the Vistula river and is clearly inspired by Nikolay Gogol’s 1836 comedy The Government Inspector. In The Cruise the captain believes an insignificant stowaway to be a senior Communist party inspector on an investigative mission, and the intruder is encouraged to lead the passengers and crew in a series of ridiculous games that expose the craven conformity of the authoritarian regime. Performed by a mainly non-professional cast, the film is of considerable historical interest, but it neither touches the universal comic depths of Gogol’s play nor has the slapstick energy needed to seize a western audience.

The Cruise is now widely regarded as Poland’s first cult movie. “Piwowski’s gift of observation, his sense of humour and something else – an awareness of national pathology which is so acute that it borders on cruelty – allowed him to use such stuff to create a full-length show in all respects,” said a 1970 review.

Those of you who would like to watch some films directed by Polish Oscar laureates Andrzej Wajda (Honorary Oscar in 2020), Krzysztof Kieślowski and Paweł Pawlikowski will be disappointed. Neither of Wajda’s four nominated movies: The Promised Land (1976), The Maids of Wilko (1980), Man of Iron (1982) or Katyń(2008) are available on Netflix. Neither are those which won awards: Kieślowski’s Three Colours: Red (1994) or Pawlikowski’s Cold War (2019).