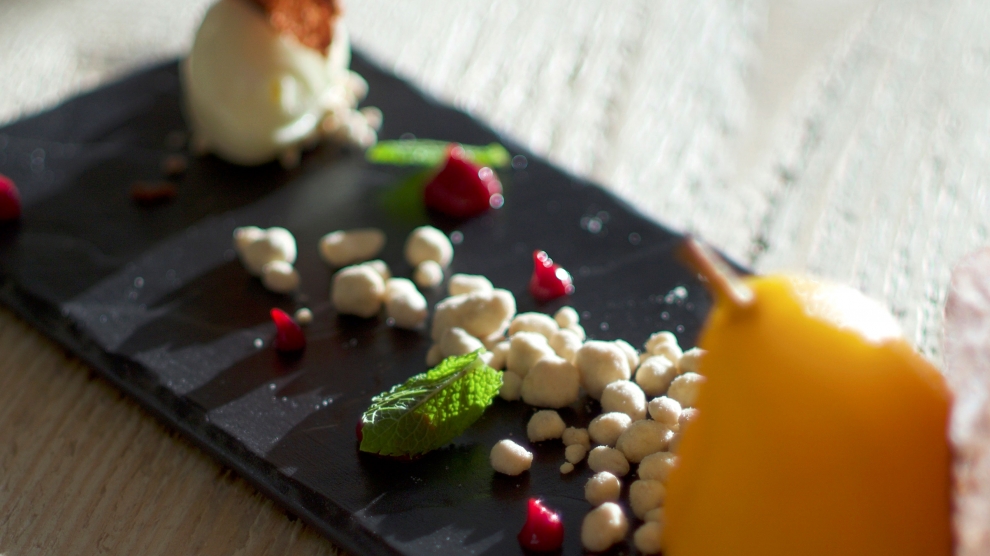 Recently voted as one of the UK’s top 10 food pioneers, Damian Wawrzyniak is Great Britain’s Polish food ambassador. He speaks to Craig Turp about his latest project, House of Feasts.

Like many great chefs Damian Wawrzyniak is not from the big city. The small town in which he grew up, Sompolno, is in the heart of Poland set amidst lakes and forests. It’s no wonder that nature plays such an important role in his cooking.

“Both my mum and dad are chefs,” he tells Emerging Europe. “So I did not have much of a choice when it came to what I was going to do. Growing up in a family of chefs, the kitchen was the only way forward.”

Travel is another theme that often crops up in conversation with leading chefs. Wawrzyniak is no exception.

“I left Poland when I was 19 and went travelling,” he says. “I worked in France, Germany, Ireland, the UK Scandinavia. I was learning about food and creating my own palette.”

After a spell at Noma, Copenhagen – widely regarded as the world’s best restaurant – Wawrzyniak settled in the UK in 2005 and has since become one of the country’s most recognisable chefs. His appearance with baking legend Mary Berry on the BBC in 2017 – when he showed the country how to make the classic Polish Easter cake, babka – has brought him legendary status. Wawrzyniak also once served pierogi and smalec, two other Polish staples, to Prince William and Kate Middleton. It’s fair to say he is now part of the establishment.

“Eastern European cuisine was always a bit behind trend,” Wawrzyniak says. “This is despite the fact that we do create amazing flavours. What we lack is marketing and bringing our tradition to light as big players do. However, I do believe that Polish cuisine will be next big thing. Pierogi served in a new way, sourdough bread and smalec will soon see a renaissance and will hopefully spread worldwide.”

One of the places at which Wawrzyniak is creating that renaissance is his fabulous modern-European restaurant House of Feasts on the outskirts of Peterborough. Here, besides the a la carte selection, Wawrzyniak offers two amazing tasting menus, one of five and another of seven courses.

“House of Feasts is getting stronger every week,” he says. “We are working very hard on every new dish, create new menus and ways of presenting the food.”

Wawrzyniak will also reportedly soon be opening a restaurant in London’s trendy Clapham, which will be devoted to modern Polish food, with contemporary interpretations on classic dishes. It will include an open kitchen and robata grill, with a focus on preserving and curing methods to extend the summer season. An à la carte menu will feature alongside a number of sharing plates.

All of Wawrzyniak’s culinary endeavours are based on sustainability, which he views as being key to the development of the business. “Sustainability is a key factor for all restaurateurs,” he says. “We need to work in a sustainable way. It can enable us to achieve so much more, to keep the environment in a better condition.”

Diners across the world have become more knowledgeable about food in recent years, a phenomenon that Wawrzyniak has seen for himself.

“There is a lot more education going on,” he says, “through restaurants, hotels and food brands. Customers are now asking more and more questions, ordinary clients knows more about the cooking techniques used in a professional kitchen than they did a few years ago. Many more flavours are being brought to the UK by overseas chefs, more new ingredients and definitely a larger variety of cuisines.”

“Maybe that’s why my new venture was listed as one of the most anticipated openings of the year!” says Wawrzyniak. “It says a lot.”