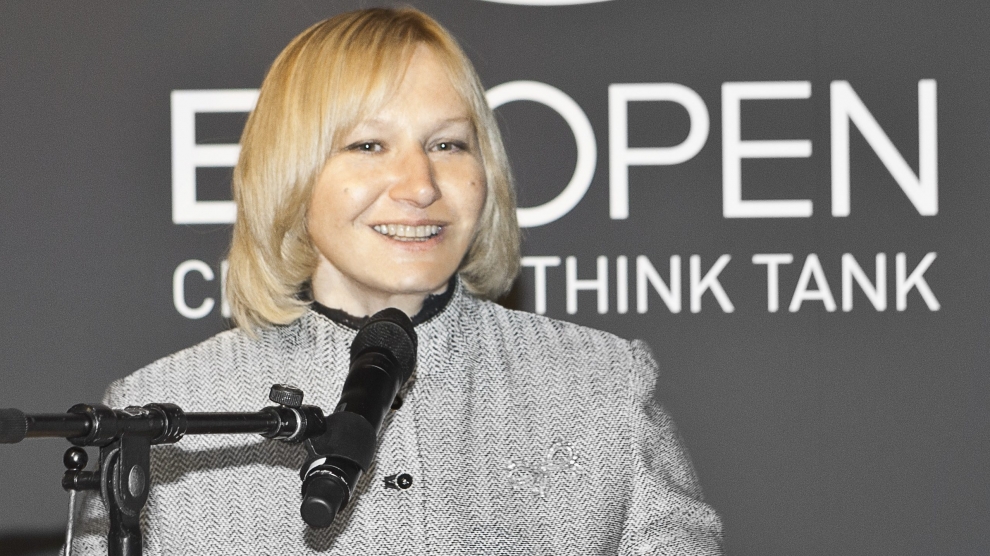 These are times of intense interest for wealthy foreigners in the UK, not least Russians. However, the stereotypical ‘party like a Russian’ personas have recently given way to much more extraordinary representatives of that nation, people whose lives are now closely bound to the British Isles.

We talked to one of these people, the businesswoman and philanthropist Elena Baturina, a former first lady of Moscow, now a well-known London-based supporter of charities.

Elena’s international career has spanned wide spectrum of industry, from manufacturing to hospitality. She is a self-made woman who built her formidable construction empire from scratch and to this day remains Russia’s richest woman.

Born in Moscow, Elena Baturina grew up in an ordinary, working-class family. After finishing high school in 1980, Elena went to work at a factory, alongside her parents. Her career in the private sector dates back to 1989, when she founded her first enterprise, specialising in the production of computer hardware. Two years later, she registered her company Inteco as a plastics manufacturer, yet soon it expanded to encompass a number of interests in the construction sector, from cement production to prefabricated housing. Initially serving as a director, then president of the company, Elena headed Inteco for two decades. Under her direction, the company became one of the country’s leading construction firms with an extensive portfolio in Russia and beyond its borders.

In 2011, amidst a political crisis, Elena Baturina sold the company and left Russia to settle in England.

In London, Elena arrived not just with formidable Forbes-registered wealth, but with her own humanitarian foundation which she had set up in 2012. BE OPEN carries the first letters of her name alongside her ideas of what could make the world a better place.

“At BE OPEN, we work to promote people and ideas today to build solutions for tomorrow,” she says. ‘I strongly believe in the potential of the young, creative generation and their ability to look at the world with fresh eyes and to come up with solutions no one has found before. That is why it’s vital to give them all the support they need to bring their ideas to fruition, because it is the originality of thought that is required to make any breakthrough, and younger people possess that originality.”

BE OPEN sees its mission in connecting the bright minds of the next generation with the leading creative luminaries of today, from fields as diverse as philosophy, art, design and business. It pays particular attention to promoting creative education at any age, thus trying to help prepare specialists in diverse areas able to develop non-conventional solutions due to that well-trained ‘creative muscle’.

To this end, in London the organisation has cooperated with the Mayor’s Fund on several creativity-based initiatives for children; held master-classes for the students of UAL’s creative disciplines, run exhibitions and built installations in Trafalgar Square.

At the moment, says Baturina, the foundation is working on developing a major educational online platform called BE OPEN Academy, grounded in its own research of design and architecture courses offered by schools worldwide. “The Ranking of Educational Programmes in Architecture and Design was prepared in order to provide an objective picture of the global creative education landscape to those who will greatly benefit from it – young people who aspire to professional careers in creative disciplines,” she explains. “Now the Ranking is turning into something bigger – a universal source of information on both traditional and online educative opportunities, enriched with space for expert opinion, mentoring, discussion, special projects, and BE OPEN’s own unique content on the subject.”

And while this massive project is being rolled out, the former construction mogul is personally busy with… building a house. “I entrusted the construction to multi-talented architect and designer Ben Pentreath, because I like and appreciate British architectural classics. Pentreath is a master of its contemporary version, yet a follower of traditions established by Robert Adam, Sir William Chambers and other maitres.”