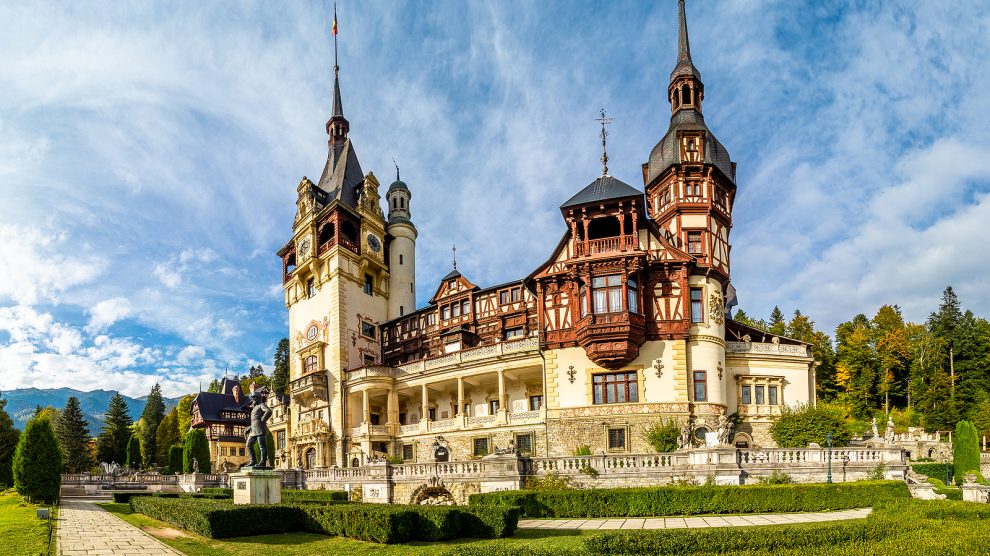 Emerging Europe is currently preparing a major new report looking at the future of travel in the region, set to be published in the autumn. Part of the research we are carrying out takes a deep dive into the way that the countries of Central and Eastern Europe and Central Asia promote their tourism potential, and how they go about selling themselves as travel destinations.

As something of an aside, we thought it might be fun to take a look at how holidays in the region were sold in the past, particularly before the changes of 1989 and the subsequent collapse of communism.

We managed to find five short films about holidays of one kind or another in the region, all of varying quality and all very much of their time.

They all, however, provide a fascinating glimpse of what travelers to the region could expect (or at least what those trying to sell holidays thought they should expect) and how the various countries approached the issue of travel and tourism, balancing the need to attract foreign currency with their innate suspicion of all things “western”.

The British aversion to “foreign” food is also highly conspicuous.

This film is an extract from the enormously popular travel show Wish You Were Here, broadcast on the UK’s main commercial channel ITV throughout the 1970s and 1980s.

Made in 1985, presenter Chris Kelly tells us that, “while Budapest undoubtedly belongs to a different world, in many ways it enjoys a lifestyle as relaxed as our own, but with the cost of living only half of what it is at home, shop prices come as a pleasant surprise.”

Hilarity is provided by his comment, while visiting Nagy Vásárcsarnok (Budapest’s central market) that “the unknowing should treat some of the ingredients on offer with caution”.

The camera then pans to show nothing more unusual than paprika, although given that just about anything other than fish and chips or roast beef was hugely exotic in Britain at the time, we can’t really judge.

This appears to be a semi-official Soviet promotional video (albeit with an American voice over) made at some stage in the 1980s (we are guessing the exact date would be the early part of the decade) to promote holidays in what was then the Soviet Socialist Republic of Belarus.

The voice over appears to have been written to fit the footage provided. We get told that Minsk is a “city of book lovers” as a couple of people browse a few volumes being sold on the streets of the city, but don’t get told why that might be.

It is also, apparently, a city made up of “people of all ages”.

If you are looking for searing insight, this film is not the place to come.

Hilarity in this clip comes from the comment that “the authorities are concerned with preserving the national environment for future generations”.

This in a country in which government controls on industrial pollution were virtually nonexistent.

Next we travel to the former Yugoslavia with Ivan Cury, a former producer and director at US TV station CBS. The film looks to have been made privately, with the assistance of the Yugoslav Tourist Association, possibly with the intention that it would be sold to a network travel programme. There is also some heavy product placement for American Express.

Cury does at least touch on the subject of how poor customer service could be in the region back then (the film was made in the 1980s; again no actual date is provided), telling us that: “it sometimes leaves a lot to be desired”.

How things have changed…

Schoolchildren in Yugoslavia, we are told in this film, learn to say, “What is Yugoslavia? It is six republics, five nations, four languages, three religions, two alphabets and one desire: independence”.

This second clip from Yugoslavia (which was, after all, the most visited of all the countries in the region before 1989) dates from 1964, and was made by the US airline Pan Am, which of course ceased to exist in 1991, about the same time that Yugoslavia itself began heading the same way.

“There are plenty of pretty girls, and most men and women share a national love for learning,” says the voice over. What was it that made footage of people reading books such a feature of these films?

As with the Budapest clip there is also a starring role for paprika: “you see it everywhere”.

There’s no mention of poor service, but we do find out that “singing waiters add sound and zest to meal occasions”.

Another clip from Wish You Were Here, with Chris Kelly (again) this time visiting Romania’s main beach resort of Mamaia as well as the capital Bucharest, mountain resort Sinaia and Bran Castle – then, as now, sold as “Dracula’s Castle”.

“Romania is one of the countries that has capitalised – if you can use that word with communists – on the decline in popularity of Spain”.

We particularly love Kelly’s stern warning that “changing money on the black market is illegal”. Of course it was, but everyone did it anyway.

There’s an obligatory reference to the food, “varied and highly flavoured, without being to foreign for British tastes”.

Full marks to Kelly however for pointing out that Vlad the Impaler (Vlad Țepeș, the inspiration for Dracula) never used Bran Castle and that Bram Stoker, who wrote the novel, didn’t even visit Romania.

Are you ready for Kaunas 2022?
Emerging Europe’s Book of the Year: Free, by Lea Ypi, a unique look at Albania in transition
Comment