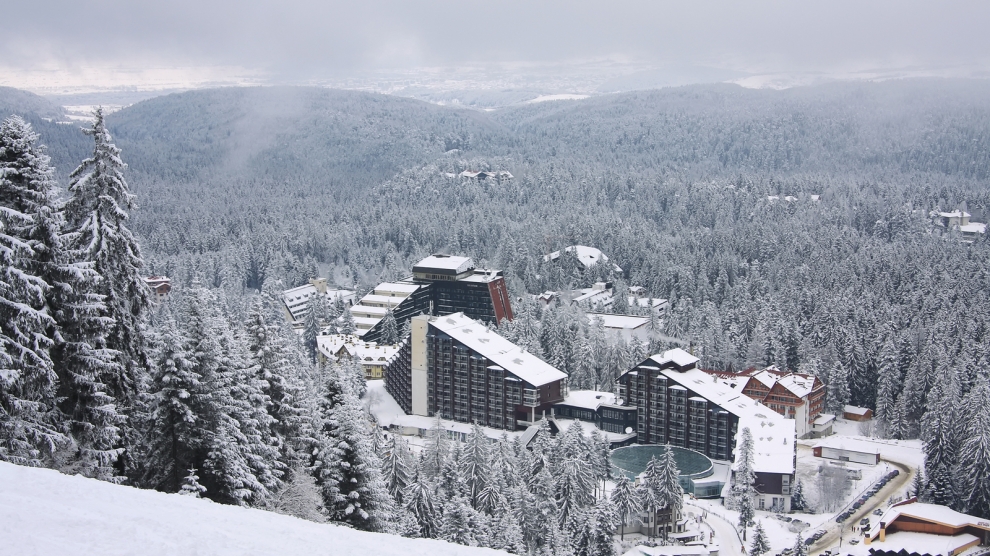 Bulgaria in 1989 was far more open than Albania, Romania or East Germany, but still posed challenges for visitors. Procuring soft drinks was one of them.

Tourists from Western Europe travelling behind the Iron Curtain before its fall in 1989 could broadly be separated into three distinct groups: those attracted by the cheap prices; those fascinated to take a look at a communist society; and those who were left-wing sympathisers of the communist regimes (usually called fellow travellers or – less kindly – useful idiots).

I was part of the first group.

For Eastern Europe, as it was known back then, was unquestionably cheap. In an era when low-cost, no-frills airlines were unheard of, travel to just about anywhere was relatively expensive. Eastern Europe was an exception. Skiing holidays in particular could be bought for less than half of the cost of a sojourn in France, Austria or Switzerland, and while the skiing was nowhere near as extensive as that offered by the Alps, for those of us hardy enough to put up with appalling food and customer service the Carpathians and the Balkans provided a way of pursuing our love of going downhill without placing our financial well-being for the rest of the year in jeopardy.

It was the incredibly low cost of one such package skiing holiday that brought me to the resort of Borovets in Bulgaria, at the end of January 1989. Just 16, I travelled with my now sadly-departed brother, who was several years older but was a good sport and had for some time allowed his annoying younger sibling to tag along when he went skiing with his friends.

The quest for Pepsi

We stayed at the Rila hotel (pictured above), recently opened and something of a showpiece not just for Borovets but for Bulgaria itself.

The food was edible, the rooms comfortable and there was a rather tawdry nightclub complete with floorshow of questionable taste. The ski lifts were new, the pistes well-prepared and it was all rather agreeable. The only real sign that perhaps the Bulgarian economy was not quite up to scratch was the fact that local money could buy you very little.

There were two shops in the hotel: one relatively well-stocked but accepting only foreign currency and charging high prices, and another, far less well-stocked, which was far cheaper but took only Bulgarian leva.

One morning, having stupidly changed much of our hard currency into leva (blinded by the generous black market exchange rates offered by our ski instructor) we enquired at the Bulgarian shop if there was any Coke or Pepsi available. “Not until Wednesday,” we were told. “There will be a delivery of Pepsi then. But you will need to be quick, it sells out fast.”

One of our group, a market trader, then asked the manager of the shop how much a bottle of (at that stage purely theoretical) Pepsi cost. I don’t recall the amount, but it was very, very cheap. Why is it so cheap? He asked. Because that’s the price set by the government, was the reply. We offered there and then to buy every bottle of Pepsi that was delivered at double the retail price if the manager would keep them for us. The manager agreed.

Come Wednesday, the six of us took delivery of 24 crates of Pepsi, which we carried to our rooms. We spread word that we had all the hotel’s Pepsi and would sell it at double the price we had paid for it (still far cheaper than in the hard currency shop) but would accept only dollars or UK pounds. By the end of the day we had sold out. The shelves of the leva shop were devoid of Pepsi, but our pockets were full. We had done well, and the free market had once again triumphed over the planned economy.

If ever you need a story to describe why communism failed: there’s one.

Not that leva was entirely without value in communist Bulgaria. While most things had to be bought in hard currency, some places accepted leva. One of these was, incredibly, the best restaurant in the country: a Japanese teppanyaki establishment in the basement of the New Otani hotel in Sofia (now the Marinela), to where we decamped one evening. For the equivalent of less than 15 UK pounds (I kid you not) six of us feasted like Japanese royalty before heading to the dollars-only casino at the Sheraton (now the Sofia Hotel Balkan; and yes: communist Bulgaria had casinos).

Underage, I was (fortunately) forced to sit in the lobby while my companions lost just about all the money they had made in the Pepsi caper.

If ever you need a story to describe why you should never go to a casino: there’s one.

My other abiding memory of that holiday was just how relaxed the locals were. These were not the cowed eastern Europeans living in a constant state of fear we had expected. They were more than willing to talk about the country and its problems. Certainly, Bulgaria at the time was far more open than Albania, Romania or East Germany, but it was still a one-party state whose rulers had little idea that the end of their regime was nigh.

Indeed, to a naive schoolboy life in communist Bulgaria looked good, not least one afternoon when a group of local kids turned up for a skiing lesson. “For kids who live in Samokov [the nearest town to Borovets] skiing is on the school curriculum,” I was told by my ski instructor. I was impressed, and tempted to move to Samokov as soon as possible.

Of course, ski resorts have never been the best place to accurately gauge a country’s well-being, which is why the second group of western travellers tempted by holidays behind the Iron Curtain – those drawn by a sheer fascination of what life was like – often left disappointed that they had not had the full communist experience.

Except, that is, for a group of Scottish tourists who visited the Romanian ski resort of Poiana Brașov just a few weeks after we had been in Borovets.

On the afternoon of March 2, 1989, Liviu Babeș, a 47-year old man from Brașov, walked on to Poiana’s Bradul ski slope and shouted “Living in Romania is like living in Auschwitz” (or words to that effect) and in front of the horrified Scottish tourists set himself alight. He died in hospital later the same day.

Romanian dissident Ion Ratiu’s Free Romanian newspaper, published in London, in April 1989, called Babeș The Jan Palach of Romania. Alas, Palach is far better remembered. (Not that Babeș is entirely forgotten: the story made newspapers worldwide, although not, unsurprisingly, in Romania, and Babeș has every right to be considered one of the first martyrs of the Romanian revolution. There is a memorial to his heroism in Poiana Brașov, close to the spot where he set himself alight, and a street in Brașov is named after him. There are also plans to raise a statue of him in the city).

Of course, the fellow travellers would no doubt have put the actions of Babeș down to those of a crazed lunatic rather than a true reflection of just how awful life in communist Romania actually was.

It’s why the term useful idiots described them so well.

The Colour of Pomegranates: One of the most unique films ever made
Time for tourism in Central and Eastern Europe to move up the value chain
Comment