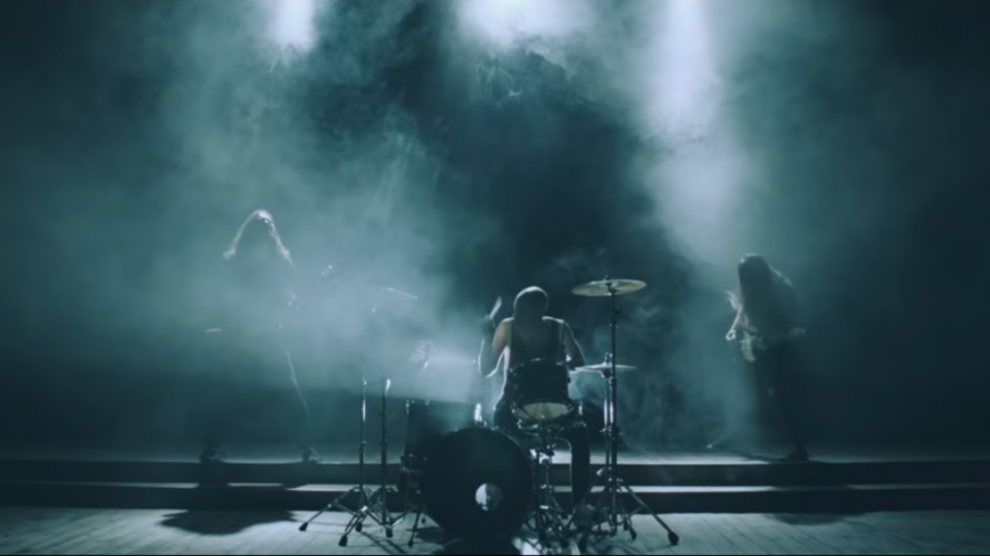 Nowadays, rock and roll has been dethroned from its place in the cultural zeitgeist and the sales charts. But, predictions and reports of rock music dying have been greatly exaggerated.

Here, five rock bands from across emerging Europe prove that the spirit of rock and roll is still alive and kicking.

Kicking off this list of headbang-worthy rock music is the Polish stoner rock/doom metal band Dopelord. Formed by previous members of rock bands Klingonian Beauty and Solarbabes in 2010, Dopelord hails from the eastern Polish city of Lublin.

Over the last 11 years, the band has cultivated a sound inspired, in their own words, by classic horror movies, the occult, and “magic herbs.”

So far, Dopelord has put out four well-regarded studio albums, while their latest EP Reality Dagger dropped in February. They are a major player in the Polish stoner rock scene and have regularly toured Europe. Those who like a harder edge to their rock music would do well to pay attention to their tour dates.

Formed back in 1991, Dzelzs Vilks (Iron Wolf in Latvian) has been rocking for a whole three decades and remains to be one of the most notable presences on the Latvian rock scene.

Being active for so long means there’s a lot of back-catalogue to enjoy for all fans of rock and roll who want sounds both melodic and heavy. Variety is also a plus for Dzelzs Vilks, who offer a unique blend of eclectic influences from rock to synth-pop to post-folk.

Their most recent LP Perfekta Rītdiena, their 13th one, carries on with the eclectic influences and will be a treat to anyone who enjoys music that’s just a bit off-kilter.

And from Serbia comes another band that’s a bit hard to pin down when it comes to genre. Consecration has been at it since 2000 and has gone through several line-up changes until settling on the current trio. More importantly, the band’s sound has changed over time too.

Consecration’s second-to-last album Grob (Serbian: grave) is industrial and sludgy, while their most recent release Plava Laguna sees the band taking a detour into the more mellow and melodic side of heavy rock. Yet, through all the changes, Consecration is unmistakably Consecration — creating lush soundscapes perfect for listening through a good pair of headphones.

From Ukraine, Stoned Jesus is, surprising nobody, another stoner rock/metal band taking inspiration from such classic greats as Black Sabbath, Electric Wizard, and Sleep.

What originally started as a side-project for the band’s vocalist Igor Sydorenko, morphed into Ukraine’s most prominent stoner rock presence. After early gigs around Ukraine and Russia, the band published several well-received records, including 2012’s Seven Thunders Roar, which contains their most popular track to date — I’m the Mountain — boasting more than 15 million views on YouTube and giving the band significant international exposure. It’s a full thirteen minutes of rock goodness, so set some time away to hear it properly.

Stoned Jesus is far from done, however. Their most recent album was 2018’s Pilgrims on which Stoned Jesus return to their signature heavy, melodic, and haunting sound.

If the other bands on the list are a bit too hard and heavy for you, then Kosovo’s Gillespie has the right sound for you. Combining the indie sounds with a bit of experimental psychedelia, Gillespie has been a strong presence in Kosovo’s artistic and musical scene and have had a vast influence on their contemporaries.

Formed in 2005, the band’s most recent album Diku, Dikur… (2017) is a real treat for all indie rock fans — a record full of catchy and fun tracks that demand careful listening.

Doing away with borders in the Western Balkans is a great idea, but infrastructure must not be neglected
Oliver Stone heads to Kazakhstan to sing Nazarbayev’s praises
Comment