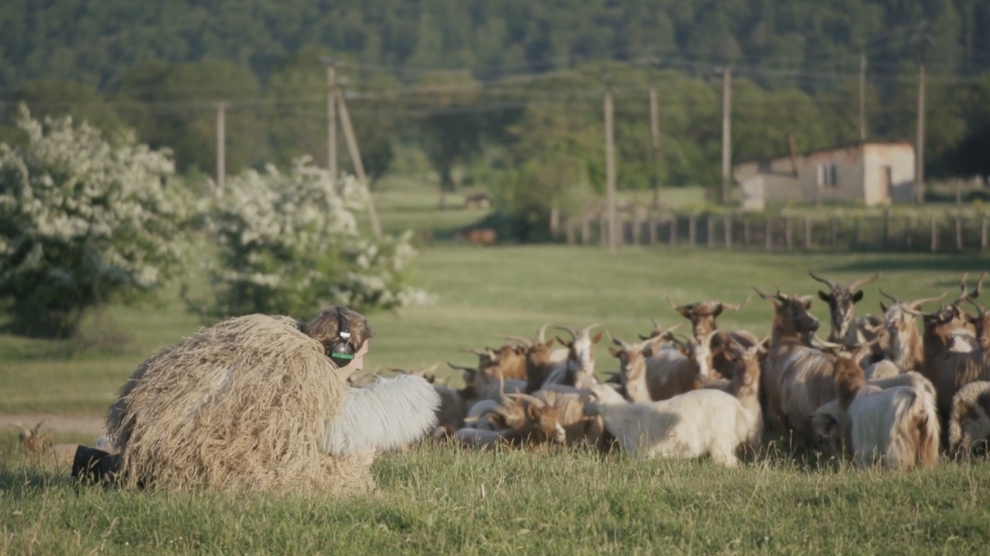 Ukraine is permanently in our thoughts at the moment, and to better understand this amazing country we have selected five films that offer an insight into what is a vast, complex land.

Few people realise that Ukraine was an important country in the development of cinema. Its capital Kyiv was one of the cultural centres of the Soviet Union, and the Russian Empire before it. During the proliferation of cinema in the 1920s and 1930s, Kyiv-based film studios managed to produce experimental, avant-garde works which pushed the fledgling industry to new heights.

Oleksandr Dovzhenko was one of the most important early Soviet filmmakers, helping develop Soviet montage theory, then a novel technique. Other iconic directors, like Dziga Vertov and Sergey Paradzhanov, while not being Ukrainian themselves, spent significant parts of their career in Ukraine.

With independence, state funding of cultural pursuits like film steadily dried up and for much of the first 20 years of independence, only a few films were produced per year in Ukraine. Furthermore, Ukrainian actors and directors were “appropriated” by the much larger Russian film industry.

However, the last decade has seen an explosion in filmmaking: independent film studios and distributors began popping up and the public had a renewed interest in local cultural products following the Maidan revolution.

In the past five years, Ukraine has on average produced over 30 films per year, of which several have earned international recognition. Ukraine hosts several film festivals, including the Molodist festival for up and coming directors from around the world.

Here is a sample of some of the best films produced in Ukraine in the last century.

Born in modern day Belarus to a Jewish family, Dziga Vertov is an under-recognised name in the development of cinema. Spending much of his career in Ukraine with film studio VUKFU, Vertov pioneered several filming techniques which were completely radical for his time – and which continue to influence directors today.

Man With a Movie Camera is considered to be one of the most important films made during the first decades of cinema. A silent documentary with no formal plot or storyline to speak of, the film is a masterpiece of purely visual and emotional storytelling. Vertov felt that cinema at the time was too anchored to the tradition of theatre plays – always considered a radically unique artist, Vertov set out to change the way people viewed cinema as a medium with this film.

And the results are spectacular. The film is full of priceless footage of urban life in Kyiv, Odesa and Moscow as citizens became acquainted with the massive technological changes happening at the time. Images are contrasted and superimposed with each other, echoing the time period’s fascination with Freudian free association.

The film is interspersed with footage of the film being shot by Vertov and edited by his wife, Yelizaveta Svilova. Rightfully, it is considered to be one of the most important documentary films ever made.

The first full-length film “claimed” by renowned Soviet director Sergei Parajanov, Shadows of Forgotten Ancestors is a surreal look into the life of the Hutsuls, a subgroup of Ukrainians living in the Carpathian Mountains.

Born in Soviet Georgia to an Armenian family, Parajanov worked in Ukraine for decades, developing an affinity for the culture. This is reflected in Shadows: the director insisted that the film would not be dubbed into Russian when distributed around the Soviet Union. This, alongside the rich traditional costumes and customs portrayed in the film, give it a high level of authenticity. Despite this, at the time, it was criticised by Ukrainian nationalists, who felt the dream-like atmosphere of the film detracted from the culture being portrayed.

Chronicling a Romeo and Juliet story between two feuding Hutsul families, the film is most renowned for its dazzling colours and almost hallucinogenic cinematography. This was a completely novel approach to ethnographic filmmaking, and was a major departure from the state-sanctioned Soviet realism style of filmmaking. Despite this, it was well received on its release and put Parajanov on the map of international filmmakers. With time, the film’s reputation has only increased and today Shadows is considered to be one of the masterpieces of Soviet and Ukrainian cinema.

Few know that a co-production between Ukraine and Nigeria even exists. Feathered Dreams bridges Ukraine’s film industry with the world’s second most prolific country in filmmaking. The film also has the distinction of being the first Ukrainian film to be shot (almost entirely) in English.

Director Andrew Rozhen was inspired to make the film during trips to Nigeria, when he met a surprising amount of locals who spoke Russian or Ukrainian, having studied in Ukraine.

Ukraine is a popular destination for African university students, due to its relatively low cost and solid standard of education. Feathered Dreams explores the lives of this community of African students in Ukraine.

Starring prominent Nigerian actress Omoni Oboli, the film is about a Nigerian medical student in Ukraine torn between her parents’ expectations of her and her dreams of becoming a singer. These internal conflicts are given a novel edge when played out in an unfamiliar environment for the main character. As much as being about the stress of meeting the expectations of famously demanding Nigerian parents, it also explores the experience of being a foreigner in Ukraine, and the challenges that come with this.

The result is a surprisingly tender film bridging two very different countries, a microcosm of the rapidly changing world.

The Guide is one of the most famous historical dramas produced in modern Ukraine. It takes place during the 1930s, considered by many to be the peak of repression of Ukrainian nationalism and cultural identity.

The film’s main character is a ten-year-old boy from Kharkiv, whose American father is assassinated by NKVD agents for possessing evidence of state atrocities. A blind kobzar, a traditional Ukrainian wandering bard or musician, “adopts” the boy, who acts as the kobzar’s guide. The two then attempt to navigate the turbulent environment of 1930s Ukraine – it should also be noted that kobzars were targeted by the Soviet state for embodying what they considered to be a dangerous romantic ethnonationalism.

Directed by Oles Sanin, the film features beautiful cinematography, inviting many comparisons with Andrey Tarkovsky. To this day, The Guide is the only Ukrainian film to be nominated for best foreign language film at the Oscars and it is a worthy representation of the country’s cinema.

A simple, unpretentious film about ordinary people and ordinary problems, My Thoughts Are Silent conveys many of the issues faced by Ukrainians today. The director Antonio Lukich was only 27 when the film was released and is still considered to be one of the most exciting new voices in Ukrainian cinema.

The film is a road trip story involving a young man and his mother. The young man, a sound engineer has been commissioned by a Canadian company to record the sounds of certain animal species living in Ukraine’s Carpathian mountains – believing that this may be his ticket to immigration, the young man sets out to do this with his mother.

The film moves at a slow, almost glacial pace, which many viewers found challenging. Despite this, it is a heartfelt and often funny drama, capturing many of the struggles ordinary Ukrainians go through: the plight of single mothers, of which there is an entire generation of in the post-Soviet years; the all-consuming drive of many Ukrainian youths to immigrate, often denigrating their own country in the process; and the typical parent-child dynamics of the region, where even adults often find it hard to escape the attentions of overbearing parents.

At the very least, the film captures much about the spirit of contemporary Ukraine, divorced from politics and mainstream glamour. Instead, you have a simple tale of a mother and son and their dreams and aspirations.