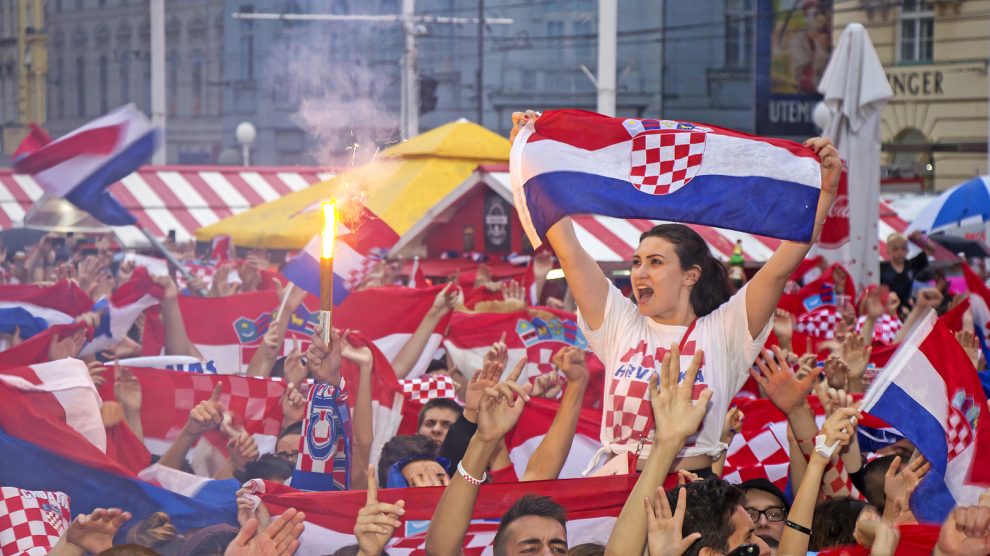 A new documentary chronicles both the breakup of Yugoslavia and the emergence of independent Croatia through the prism of a gifted generation of footballers.

Its habit of organising the game’s most prestigious tournament, the World Cup, in countries with dubious human rights records (Russia 2018, Qatar 2022), as well as allegations of widespread corruption (a former FIFA boss, Sepp Blatter, is currently on trial in Switzerland for fraud) have led some football journalists and analysts, as well as former players and coaches, to call for root and branch reform, or even its dismantling and replacement with a new organisation.

It’s therefore refreshing that amid little fanfare, FIFA recently got something right: the launch of a streaming platform, FIFA+, that is not only free and available across the world, but which offers some incredible content of which a new documentary, Croatia: Defining a Nation, is one of the undoubted highlights.

Directed by Louis Myles, best known until now for his remarkable documentary Kaiser: The Greatest Footballer Never to Play Football, the film shows how the power of football helped unite a nation during the extreme adversity of Croatia’s fight for independence from Yugoslavia during the 1990s, culminating in the 1998 World Cup – in which Croatia took third place. (In Russia in 2018, the current generation of Croatian footballers went one better, finishing as runners-up to France).

It features interviews with a host of Croatian national team players from the time, including Igor Štimac, Slaven Bilić and Milan legend Zvonimir Boban. The latter, who at 53 looks as though he could still pull on a shirt and do a decent job in the Croatian midfield, talks at length about an incident in May 1990 when, while playing for Dinamo Zagreb against Red Star Belgrade, he kicked a police officer in the face for assaulting a Dinamo supporter after a riot broke out in the stadium.

The incident made Boban a nationalist icon in Croatia but saw him banned from the Yugoslav national team and left out of the 1990 World Cup (in which Yugoslavia made the quarter-finals, losing to Argentina).

But it’s wrong, Boban insists, to call it “his” day. “It was a day when all young people in Croatia said ‘no’ to the [Yugoslav] regime.”

From Chile to France, from Yugoslavia to Croatia

Much of that 1990 Yugoslav team, including Boban, had been part of the side which won the 1987 World Youth Cup in Chile. Another Croatian – and a key player in the 1990 Yugoslav and 1998 Croatian teams – Robert Prosinečki was voted player of the tournament.

“Because the majority of the team were Croatians, you didn’t have the ethnic tensions that you otherwise might have had,” says Jonathon Wilson, a football journalist well known for his writing on football in Central and Eastern Europe.

During the tournament, Boban and Štimac stayed out partying – against the orders of the team’s coach Mirko Jozić – until 6am just days before the semi-final. They were told to pack their bags and go home. The rest of the squad rallied around them, telling Jozić that if the miscreants were sent home, they would refuse to play. Boban and Štimac were immediately reinstated.

Yugoslavia were amongst the favourites for the 1992 European Championships, but by the time the tournament came around, the country was already at war. They were kicked out and Denmark – who would go on to win the tournament – replaced them.

Unable to take part in qualifying for the 1994 World Cup, Croatia’s first tournament as an independent nation was Euro 1996. They qualified in first place from a group that included Italy and made the quarter-finals, losing to eventual winners Germany.

“It was Germany’s biggest defeat at a World Cup, and it was to us,” says Boban.

The film is not perfect. There is little (if any) mention of the more toxic elements of Croatia’s fan base. Following the success of 1998, there followed a period of far more modest outings for the Croatian team: knocked out in the group stages of both the 2002 and 2006 World Cups, Croatia failed to even qualify for the 2010 tournament. They returned in 2014, but were again one of the first teams to be eliminated.

Croatia made the headlines at the 2016 European Championship, although not as they would have wished. During a group game against Czechia in Saint-Etienne, fans protesting against the Croatian football association threw flares onto the pitch which landed just a few metres away from Czech goalkeeper Petr Cech.

At least 15 were thrown in total before a small group of Croatia fans ran on to the pitch and attacked their own players.

On the team’s return to Croatia from Russia in 2018, some players were filmed on stage with Marko Perković, known by the stage name Thompson, whose repertoire includes songs about Jasenovac and Stara Gradiška, two concentration camps run by Croatia’s fascist Ustaše regime during the second world war.

The documentary also omits to mention that Croatia played a number of football internationals as a quasi-independent nation during the Ustaše regime. Instead, a game against the US in 1990 is presented as Croatia’s first match as an independent country.

But these are minor quibbles. This is an engaging, informative film that chronicles both the breakup of Yugoslavia and the emergence of independent Croatia through the prism of a gifted generation of footballers.