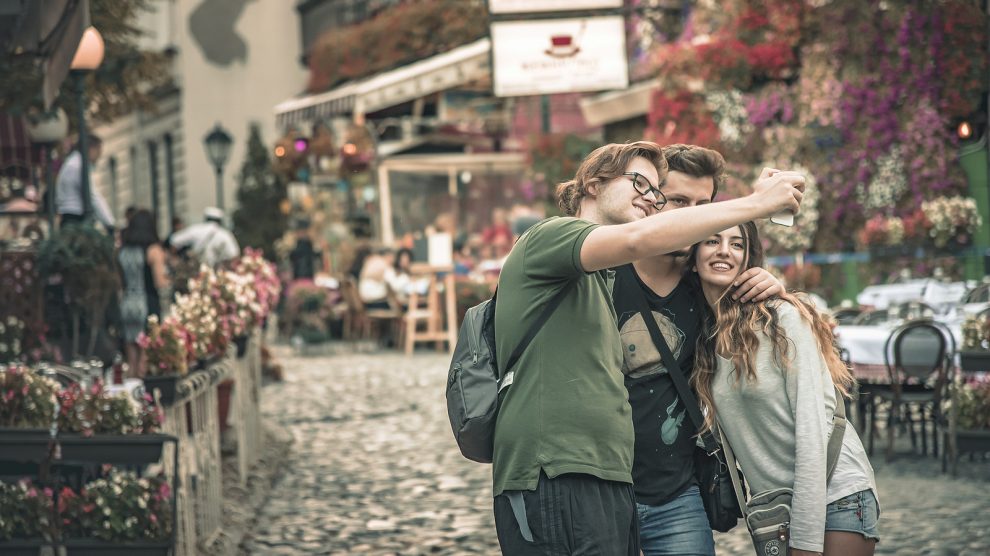 The latest in a series of pieces from our correspondents throughout Central and Eastern Europe taking a tongue-in-cheek look at life in the region. This week, Serbia.

Serbia is a wonderful country, something that won’t come as a major surprise to any regular readers of Emerging Europe.

Yet there are several things about life in the country that bug me, and a couple of myths about the place that need to be busted.

So here we go, a short list of five unpopular opinions about Serbia, from somebody who has lived his entire life here. I don’t expect any of these things to change, but whining in front of an audience is always very therapeutic.

Belgrade nightlife is not all that great

When you read travel guides and travel articles about Belgrade the place comes across as amazing — full of different styles of architecture, excellent food, and – of course – all those beautiful women. (It’s problematic to list women as a selling point, but take it up with every travel writer ever, not me).

Nevertheless, the – alleged – jewel in Belgrade’s crown is its supposedly varied and dynamic nightlife.

Now, it’s true that a lot of stuff happens at night in Belgrade. But, as the recent digital nomad study sponsored by the UNDP noticed (and as every foreign visitor I have ever entertained noticed) — Belgrade nightlife can be a little, well, limp. 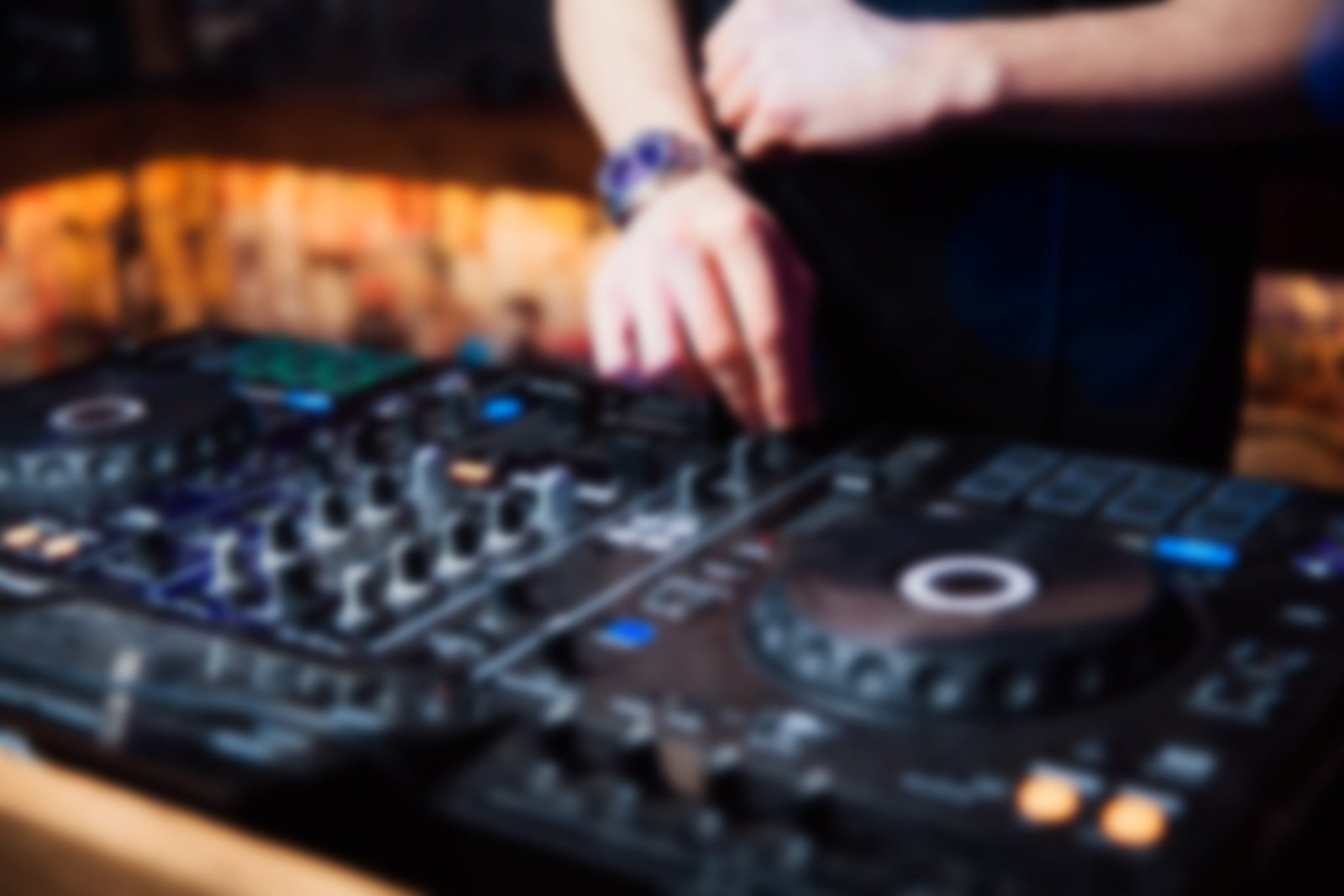 Yes, there are clubs, and yes there are the splavs, and yes there is loud music. But what you’re getting into is a space where people stand gathered around tables, drinking not dancing, and not talking to anyone else other than the people they came there with.

I don’t know why it turned out this way, especially because Serbia used to boast a famous kafana culture which is the polar opposite.

Regardless, for a solo traveler, prepare to reenact How Soon is Now — you’ll go on your own and you’ll stand on your own.

Rakija is a relic of the past, held up by tradition and nothing else

Serbia’s trademark tipple, a sprit made usually from plums but sometimes quince, rakija is often touted as an amazing drink.

It’s not. It’s rough, it doesn’t go down easily, and these days it’s eclipsed by many other options.

There was a time when rakija was just about the only spirit in town, but times have changed. It’s time to say goodbye. 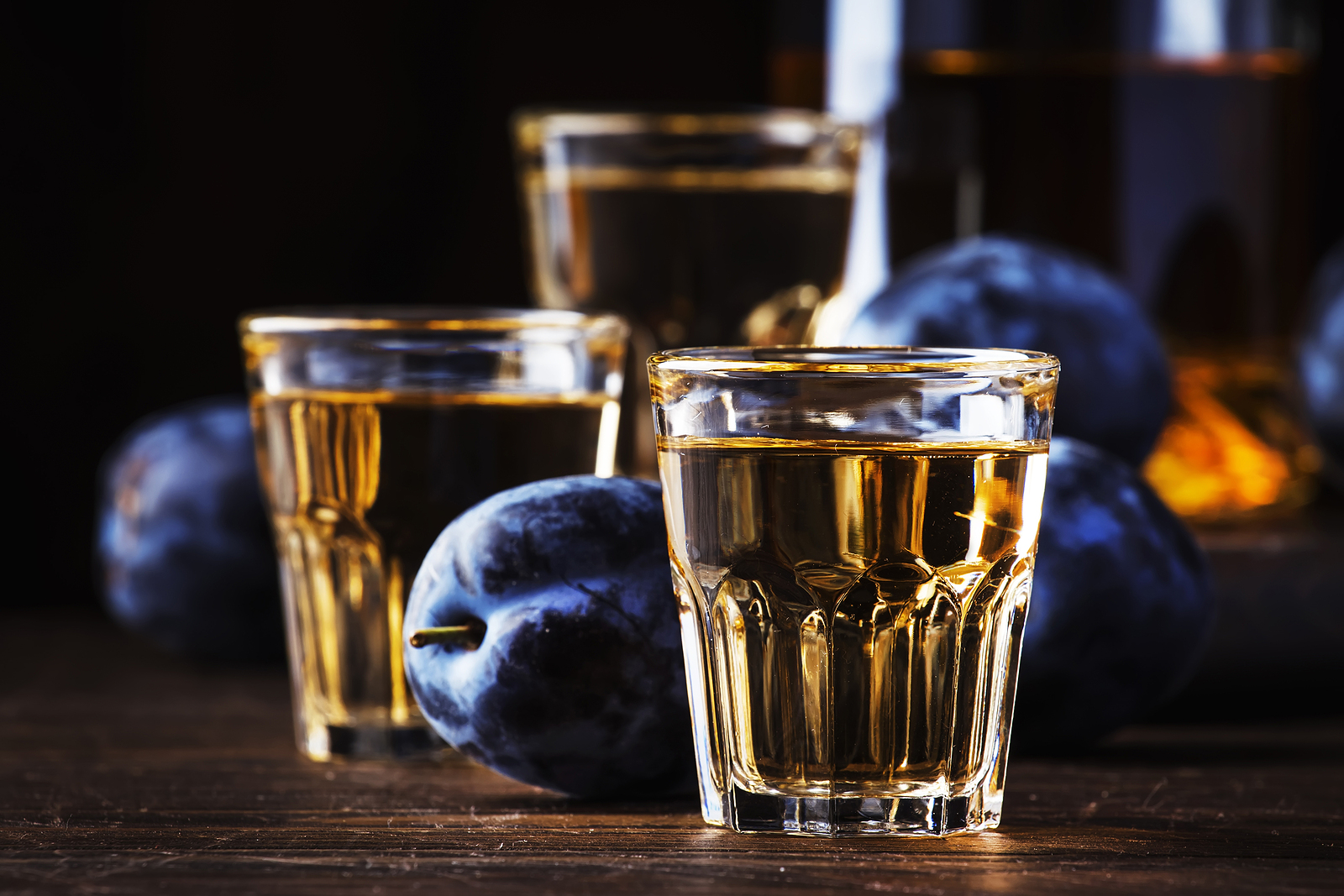 Rakija zealots will tell you that you have to try “real” and “homemade” rakijas to fully appreciate its charm, but these tend to be even worse. The production process is crude, and that crudeness is felt while drinking it. It has almost no flavour except for the sear of the high alcohol content which to many homebrew producers seems to be the only point.

It’s no wonder that many good bars and restaurants don’t even serve it. Young people have already completely abandoned it.

When I’m forced to drink it, which still happens in some rural households where the host insists his rakija is the best in the country, I’ve taken to the strategy of drinking it down in one go.

Any other way and the rakija comes straight back up.

The cult of Novak Đoković is annoying

No hate towards the man himself. He is one of the best tennis players that the world has ever seen.

But in Serbia, Novak Đoković is treated much like a saint. Mention the inconvenient fact that for tax reasons, Đoković has long been a resident of Monaco, and people will react as if you’d spat on an icon of Saint Sava.

I don’t begrudge Đoković his fame. He marketed himself very shrewdly when he first became popular — there was a time when three out of five television ads would feature him — and I acknowledge all the charity work he has done. 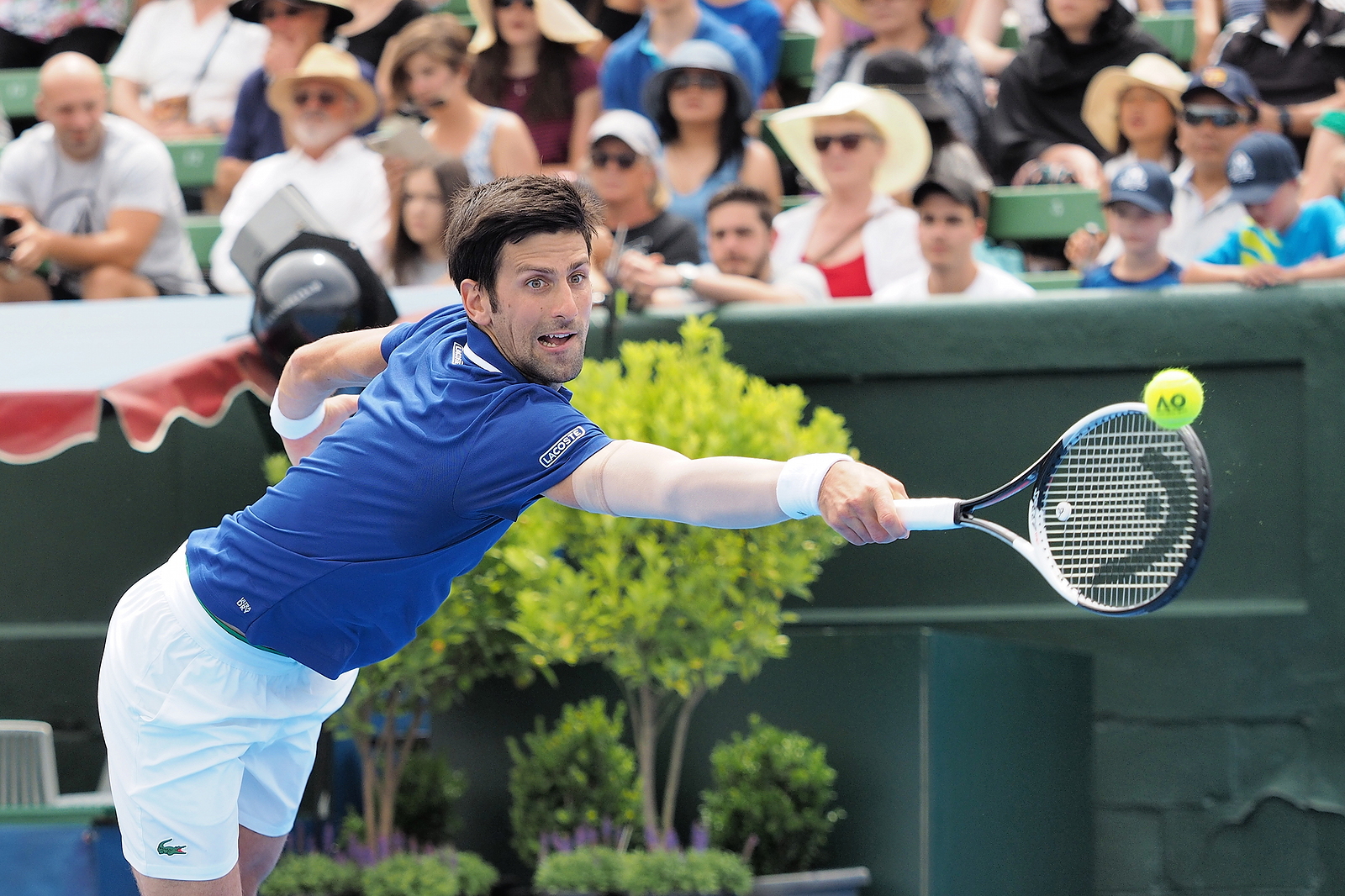 But all the “Greatest Serb” stuff really needs to stop. At the end of the day, tennis is an individual sport. And having someone from Serbia who is good at tennis doesn’t really do much for foreign policy.

For some time Serbian politicians have harped on the idea that Serbia needs to change its international image. They are not wrong, but at best, sporting success is good for a couple of human interest stories.

What would really change Serbia’s image abroad is taking EU accession a lot more seriously, investing in science and art, leaning even further into IT so that we can follow those countries are switching from outsourcing to actual innovation.

Those things would change the paradigm that Serbia is a poor and insignificant country were excellence is the exception rather than the norm. A guy who’s really good a sport won’t.

The food is getting worse and nobody seems to be noticing

Another thing that Belgrade and Serbia are known for is the wide variety of very good food.

There are two main types of local grub. The older, traditional stuff like the cabbage-based svadbarski kupus or the slow-cooked veal teletina ispod sača, and the many grill-based specialties — mostly notably ćevapi and pljeskavica.

So why can’t I eat a good pljeskavica anywhere in Belgrade?

The last good pljeskavica I ate came from a small shack in my hometown of Ćuprija. It’s incredible that Belgrade, a city of more than two million people, can’t do any better. 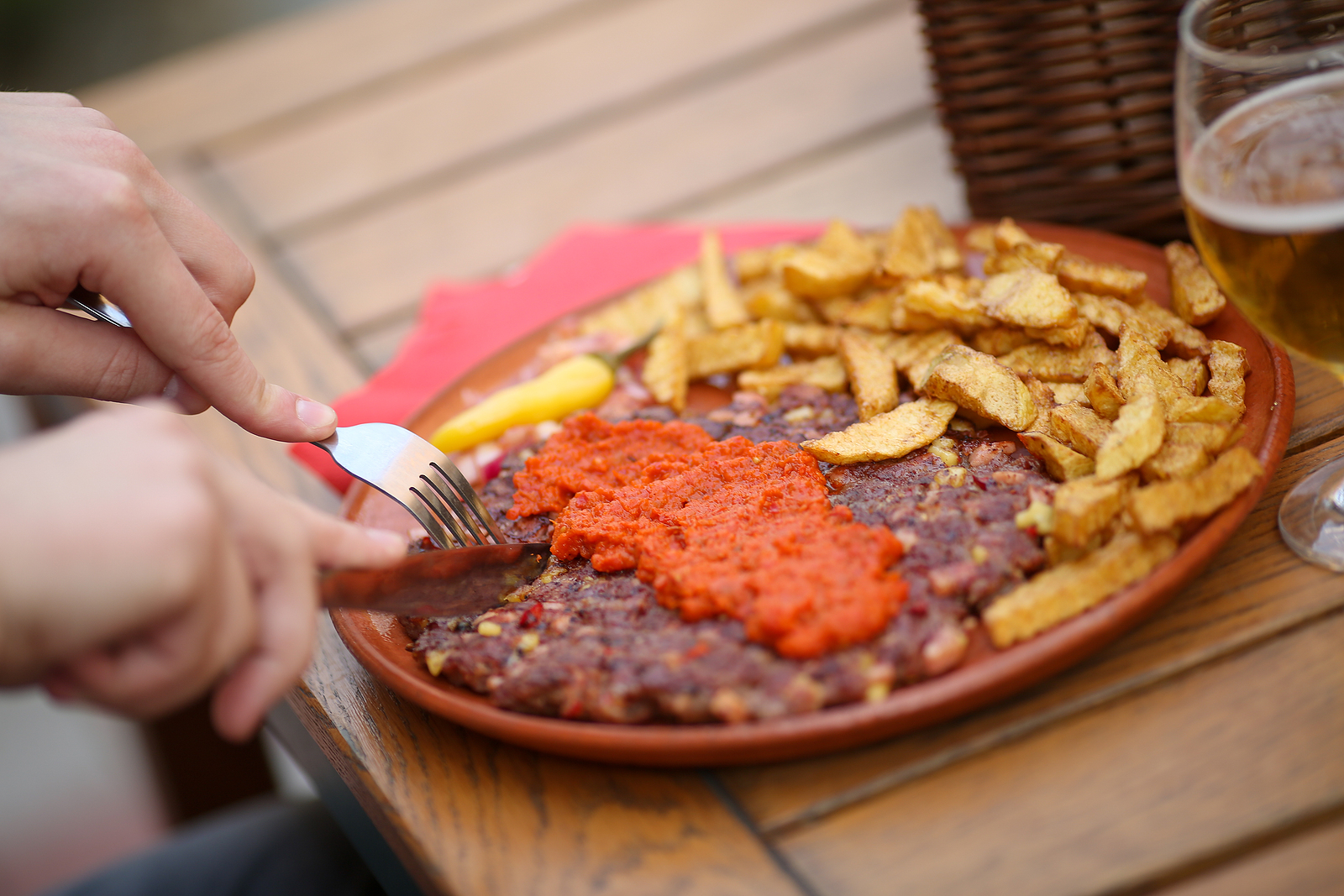 But the problem isn’t specific to Belgrade I am afraid. On a recent trip to Sokobanja, after some light hiking we decided to stop for some authentic “ethno” food but all we got was some fast-food tier sausages.

Even in the venerable pekaras the quality of burek is going down, like each time the cheese was procured at a slightly cheaper price than before.

Of course, there are places that are still good. In Belgrade and elsewhere. But that’s beside the point: if you’re claiming you have good food — it should be good at most places. Having to always scan Google reviews or book tables in advance kills spontaneity.

Something must be done about this.

Electric scooters should be banned

Like most of the region, and possibly even the world, Serbia is currently dealing with an electric scooter plague. After the Segway and the “hoverboard” few would have thought a worse mode of transportation could be invented and yet here we are.

Every spring and summer, electric scooters take over the sidewalks, riders zipping through the crowds without a care in the world. Until of course they run into someone. Having quiet electric motors, these scooters really are silent predators. Once you notice them, it’s already too late. 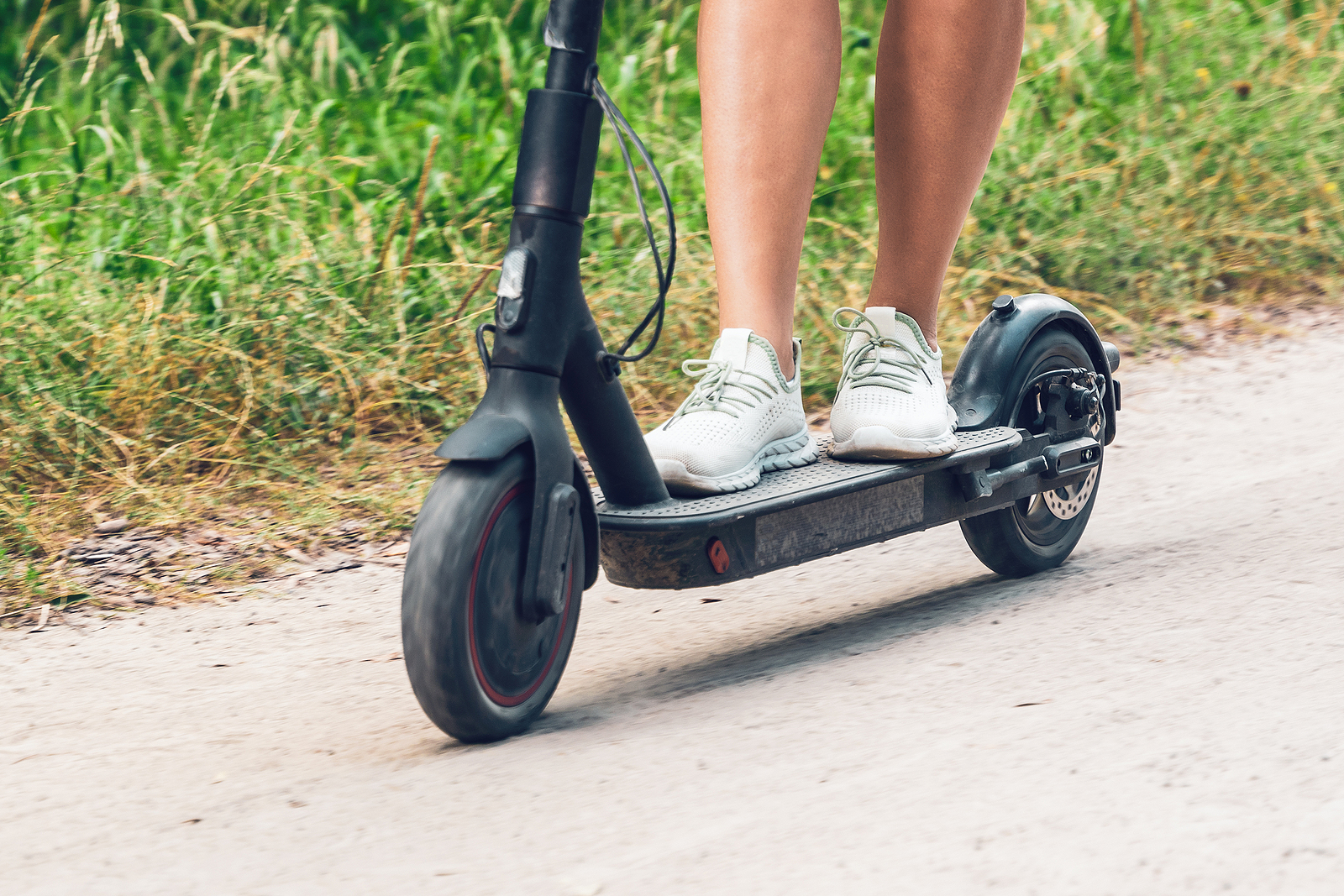 But they are so popular that if you want one of the better brands, you need to get on a waiting list at most stores.

Why? Nobody really knows, but as a nation we have now accepted that these annoying little things rule the pavements. I submit it’s time to regulate them.

I’ve lost count of how many times I have almost been rolled over by people who I assume haven’t noticed me because they’re trying their best not think about how ridiculous an adult looks riding something which is, basically, a children’s toy.

Tiraspol’s small town Sheriff is ready to welcome European football’s biggest names
What’s in a name? The debate over surnames in Azerbaijan
Comment