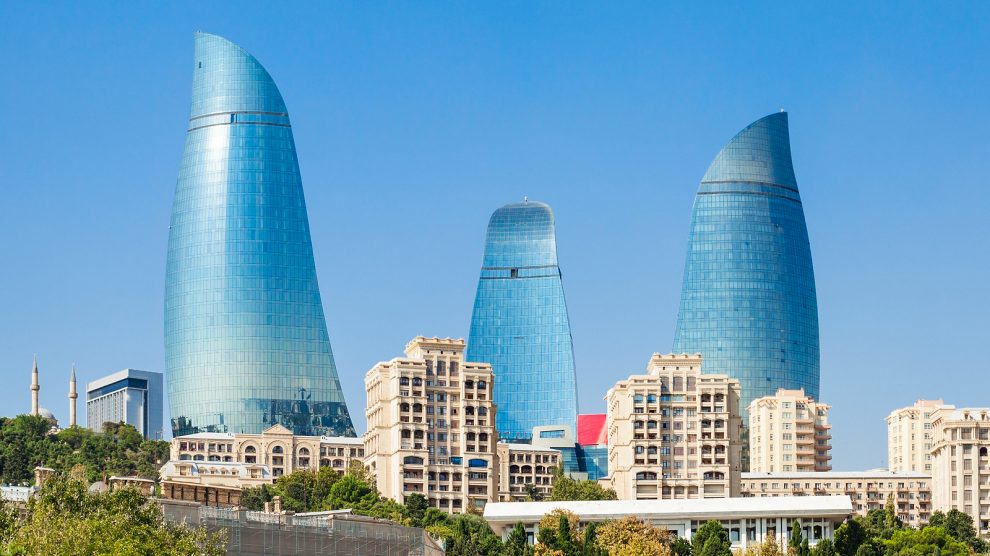 Georgian activists of Azeri origin are collecting signatures for a petition to amend a law governing surnames, revealing the complexities of identity in the region.

Murad Rustem, an Azerbaijani economist and activist currently undergoing his mandatory military service, tells me an amusing story of how his family got its first “official” surname.

It was the 1920s and the Red Army had just occupied Azerbaijan, defeating the short-lived Azerbaijan Democratic Republic. Although the territory had been a part of the Russian Empire for over a century by that point, imperial authorities were more interested in resource extraction than nation building and largely left the natives to their own devices.

In contrast, the Bolsheviks had much broader goals, aiming to “modernise” the fallen Russian Empire’s myriad peoples.

Murad’s great-great-grandfather, Ali, was living in a village on the Caspian Sea coast when Bolshevik officials came to register people.

At the time, Azeris did not use fixed surnames. The Bolsheviks asked Ali his father’s name; Ali responded that it was “Rustem”. So the Bolsheviks simply registered him as Ali Rustemov – adding a Russian suffix to his father’s given name, in the process creating a permanent surname.

People throughout Azerbaijan – and indeed large parts of the former Soviet world, particularly minority-majority federal subjects of Russia like Chechnya, Dagestan and North Ossetia – have similar stories of how their families acquired their surnames.

“This was part of the Soviet Union’s attempts to impose a form of cultural homogenisation,” says Andriy Nuriyev, a Ukrainian historian and researcher at the National University of Kyiv, who is himself of partial Azerbaijani origin. “Although the Soviet period undoubtedly reduced the Russian hegemony of the imperial years, it did still propagate certain forms of cultural domination. Surnames are one of these.”

While Murad’s father dropped the Russian “ov” suffix from his surname upon Azerbaijan’s independence in the early 1990s – changing “Rustemov” to simply “Rustem” – the majority of Azeris retained their Russianised surnames. According to a 2010 study by Azerbaijan’s National Academy of Sciences, nearly 80 per cent of Azerbaijani citizens – including president Ilham Aliyev – still have Russian suffixes such as “ov/ova”, “yev/yeva” or “in/ina” attached to their surnames.

For many, this phenomenon is today an unwelcome reminder of a century of Russian imperial rule and the Soviet period which followed, and a continuation of Russian domination.

“My father told me that we are not Russians, that we are Turks, and we have no business having Russian-style surnames,” says Murad. “And I think I agree with him – it is important for us to keep touch with our own culture and our own history. When you have something of your own, it has to be respected.”

As such, efforts exist both in Azerbaijan and among ethnic Azeris in Georgia to “de-occupy” their surnames. However, while the former made it easy for its citizens to change their surnames upon independence, the process is more complicated in Georgia.

Ethnic Georgians largely avoided having their names Russianised – possibly because Georgians, like Armenians, already had a long-established tradition of having fixed surnames with a variety of suffixes, like “shvili” and “dze”.

Georgian law currently only allows surname changes if the applicant can prove that the surname they want was used by someone in their family up to four generations back. “Historical” surnames are also allowed, but only if the applicant provides evidence that supports the claim.

Because ethnic Azeris did not have the same tradition of fixed surnames, these laws make it nigh-on impossible for Azeri Georgians to “de-occupy” their surnames. The four generations provision is also of no use, as for virtually any Azeri Georgian alive today, their family four generations ago still lived under Soviet, or at least Russian imperial rule.

Across the border in Azerbaijan, in 2010, parliament debated imposing a complete ban on Russian surname suffixes. Some ludicrous ideas were floated – such as replacing the Russian suffixes with “az”, like Azerbaijan’s web domain. Others suggested an approach similar to Turkey in the 1930s, when Mustafa Kemal made a decree forcing his citizens to declare fixed surnames. Although these ideas never came to fruition, the Azerbaijani government has been battling ever since with what it deems to be “incorrect” names.

While this is common in most places – in 2019 a French court ruled that a couple was not allowed to name their child “Griezmann Mbappe”, in the interest of the child’s welfare – in Azerbaijan, this also appears to be targeting “foreign” names, particularly Russian ones.

In 2019, controversy arose when Azerbaijan’s terminological commission blocked an Azerbaijani couple from naming their child “Tatyana”, a common name in Russia, albeit of Greek origin. Commissioner Sayali Sadigova (ironically herself with a Russian surname suffix) stated: “Our goal is to protect the [Azeri] language, not distort it. We cannot bring Russian names to Azerbaijan.”

For Ilhama Gasimzade, a policy adviser at Azerbaijan’s Ministry of Education, this is indicative of changing attitudes.

“I do feel pressure from the public to increase the usage of the Azerbaijani language, including changing their children’s surnames and using Azerbaijani words instead of common Russian words,” she tells Emerging Europe. “Personally, I support these efforts, but also believe that people should be given freedom to choose their spoken language, which is the case in our country.”

It should be noted that ethnic minorities in Azerbaijan, including the small number of ethnic Russians remaining in the country, have much more leeway in choosing their children’s names than ethnic Azeris.

Although fortunately, it appears that there will be no state overreach in dictating people’s last names in Azerbaijan, people’s mentalities are certainly shifting. As more time passes, the memory of Russian and Soviet rule will likely continue to fade, and Azerbaijanis will continue developing an identity more in line with their linguistic kin in Turkey than with their former occupiers.

As such, Russianised surnames may simply fade away – or endure as microcosms of a major part of the country’s history.