The first in a new series of pieces from our correspondents throughout Central and Eastern Europe taking a tongue-in-cheek look at life in the region.

I have trouble convincing people to come and visit Ukraine.

Despite my own – and the tourist board’s – best efforts, we seem to struggle to shake off our 1990s reputation for being a gloomy, unfriendly place populated by scowling, jaded cynics.

And while this is an unfair portrayal of such an interesting country, it unfortunately gets amplified by hysterical western media reports (anyone remember Euro 2012?).

However, beyond the dilapidated sidewalks, unmaintained Stalin-era apartment blocks and homicidal drivers, Ukraine has charm in spades. Few other places have the sheer variety of weather as Ukraine, from freezing, snowy winters to consistently sunny, scorching summers.

Tree-lined residential neighbourhoods have a kind of calm, tranquil appeal, with people continuing the decades-old tradition of socialising in the yards of the apartment blocks. And the people have a refreshing authenticity far removed from the cold, formal, professional veneer so common the west.

This is all without mentioning the breadth of culture, history and heritage found throughout Ukraine – including Crimea, where the last vestiges of the Roman Empire endured until the late 15th century.

That’s not to say Ukraine doesn’t have any problems. Much of the time however, locals don’t see these problems as problems – possibly due to being conditioned to accept these things as normal.

So here is a list of five gripes I have with the country that just may trigger a handful of my fellow countrymen.

Sorry, but the food isn’t as healthy as we think

Ukrainian food is criminally underrated. Especially when compared to the rather bland food palates found throughout Europe, Ukrainian cuisine has a wide array of flavours and textures, with influences from dozens of different countries and the many different peoples who passed through.

However, we seem to be in denial about how healthy and balanced our food is. Elder folk seem to retain the notion that as long as the ingredients are organic, natural, there is nothing to worry about. Even when you’re putting half a stick of butter into a pot of pelmeni or frying potatoes in bacon grease. And don’t get me started on salo – salted slabs of pig lard often served alongside spirits to help wash down the alcohol.

While undoubtedly tasty, Ukrainian food is overly hearty and based primarily on meat and potatoes, with robust doses of oils and butters adding flavour. This, combined with the massive portions that your relatives force you to consume, make for a bad combination – and my aunt still complains, decreeing the decline of the country’s youth, when I can barely lift myself from my chair after one of her enormous servings of cutlets and fried potatoes.

There’s nothing wrong with being influenced by the music you listen to. This is a normal part of the creative process and artists usually find their own voice after honing their craft imitating their idols.

However, Ukrainian rappers don’t do this. Instead, they ape, in the most superficial manner possible, stale trends that have already been played out in rap music, years late and without adding any of their own spin to it. And these aren’t cutting edge trends that they copy: not the weird eccentricity of the likes of Young Thug or the soulful sound emerging in Chicago for the past decade.

Instead, Ukrainian rappers rip off the short-lived soundcloud rap era of the mid-2010s. Uninspired coloured dreadlocks and face tattoos aside, too many Ukrainian rappers sound like copies of the likes of Lil Pump (whose career nosedived within a year, once the novelty wore off), without any of the energy, subversiveness or DIY aesthetic that gave that subgenre any value. The production is uninspired and lyrics are consistently awful, without the playfulness or eccentricity that can give meaningless lyrics charm.

And to make things worse, it now seems you have to deal with teenagers pumping this drivel out of their bluetooth speakers – in apartment yards, in parks, even on the damn metro.

Barber shops don’t have to be so over the top

In major Ukrainian cities, there seem to be two options for getting a haircut: either tiny roadside kiosks where you can get the most basic grooming possible, or “trendy” barber shops that have colonised the entire hair cutting industry in urban Ukraine.

I’m talking about those barber shops where they literally don’t allow you to just walk in and get a haircut.

Instead, metrosexual tattooed men with Mullah Omar beards insist on washing your hair with needlessly expensive products they claim are made from Egyptian asses’ milk and fairy dust, then massaging your head to “get the blood circulation moving”, all the while ripping massive clouds from souped-up electronic cigarettes. 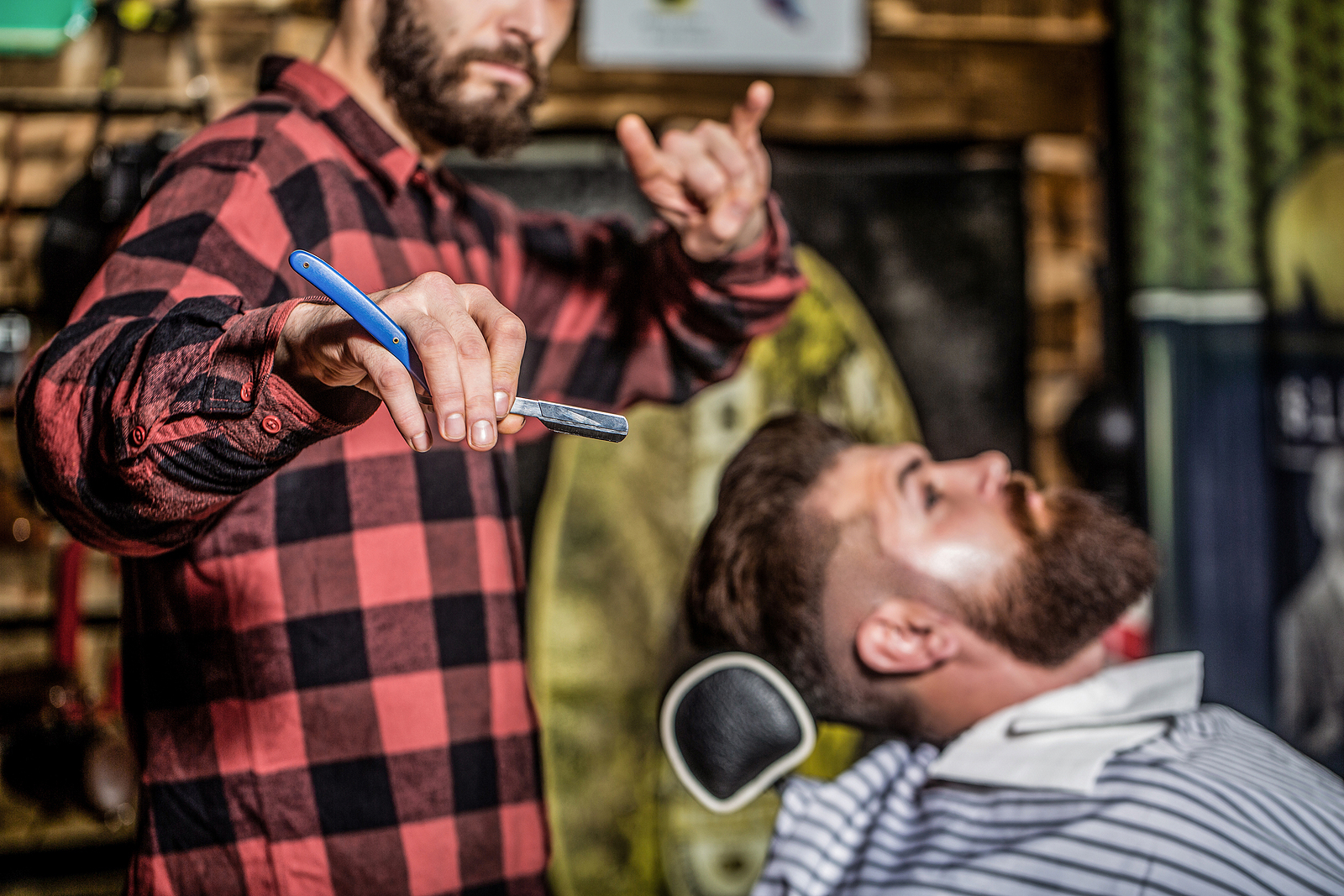 The result is a “haircut” that takes an hour instead of 15 minutes and costs about five times more than it should. It’s even worse when they offer you whiskey, giving off a nauseatingly superficial “gentleman’s club” vibe.

What happened to old-fashioned barber shops where you just walk in, sit in the chair, listen to the barber rant and gossip about the goings on of the neighbourhood and walk out looking fresh within 20 minutes?

A central historical boulevard which witnessed many pivotal, somber moments of Ukrainian history deserves the dignity that its heritage calls for, right?

Unfortunately, Kyiv’s city authorities don’t seem to think so. Instead, they seem to be taking a very laissez faire approach to what goes on in the city’s central hub. It is full of hustlers looking to make a quick buck off of tourists, whether with exotic animals (I don’t even want to think about the conditions these monkeys and parrots have been kept in) or ridiculous games that would be more appropriate in a fairground than a capital city’s central boulevard.

Then there is the toxic combination of pickpockets, aggressive tour guides, “patriotic” scammers demanding donations and western sex pests.

Restaurants that never seem to last longer than a year blare loud, garish music at all times. Then there’s the damn electric scooters, still ungoverned by any laws or regulations – you can hardly walk down the sidewalk on Khreschatyk without having to jump out the way of young people hurtling past.

The 2014 protests which overthrew Viktor Yanukovych are widely known as the Revolution of Dignity; today, on the same street where those protests happened, there isn’t much dignity to be found.

It seems like one of the most profitable business ventures in Ukraine is to open a coffee shop. Somehow over the last three decades, Ukrainians have gone from never having seen a single coffee bean to drinking more coffee than an Ethiopian Finn working in finance in New York City.

That is not the issue. The real problem is the ridiculous proliferation of identical coffee shops throughout major Ukrainian cities, no different to those you’d find literally anywhere else – a depressing microcosm of the homogenisation of the world’s cultures. 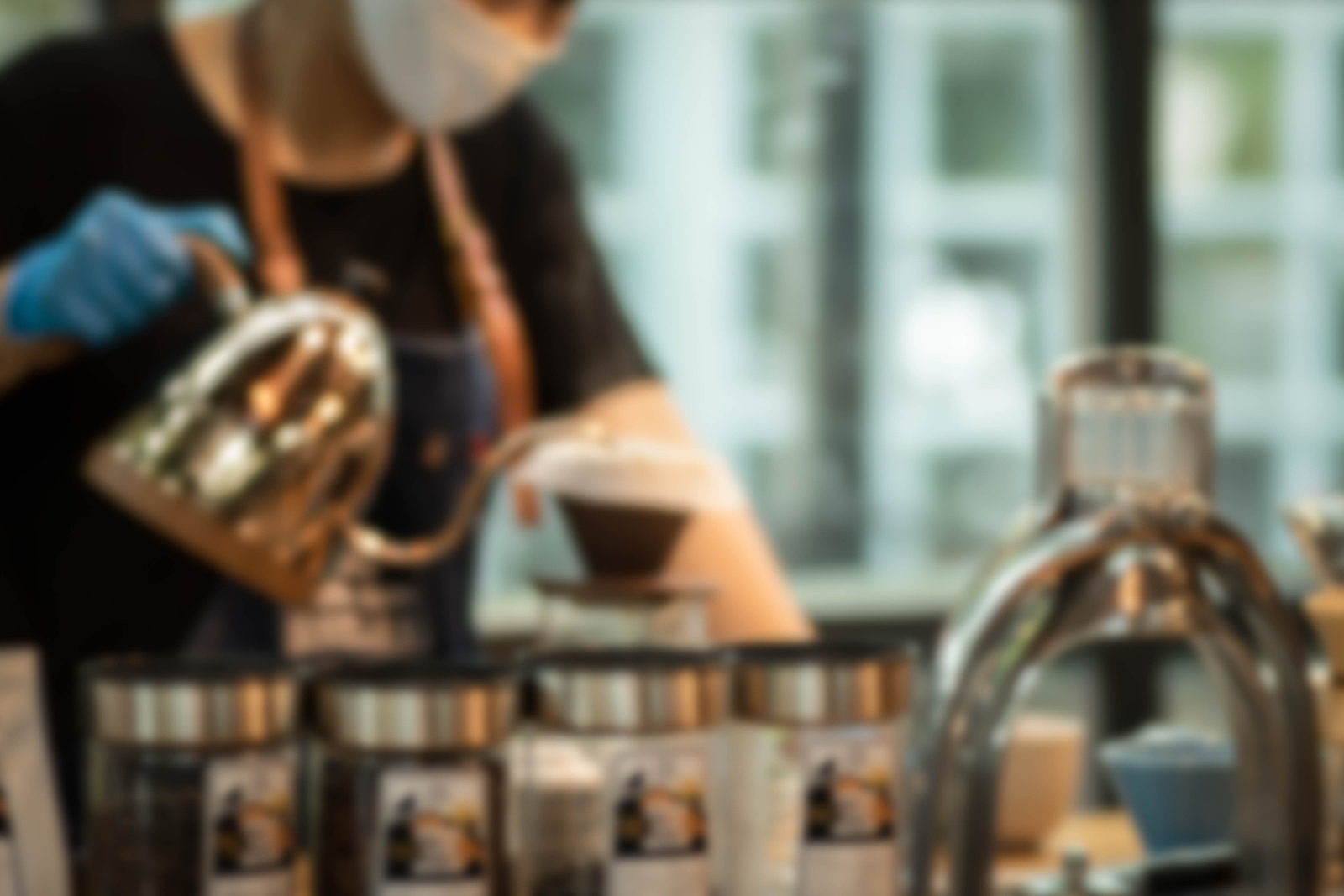 With the same decor, the same layouts, the same indie music softly playing, these are no different to what you would find in any city in the world. And people lap it up – these cafes are always full, and seem to last longer than typical businesses.

Globalisation has brought many benefits to the world. But cities are being starved of authentic expressions of local culture in favour of a bland, soulless cosmopolitan look that becomes more uniform with every passing year.

Kyiv’s coffee shops are the tip of the homogenisation spear.

What’s in a name? The debate over surnames in Azerbaijan
How People of Sofia is getting Bulgarians back on the rails
Comment