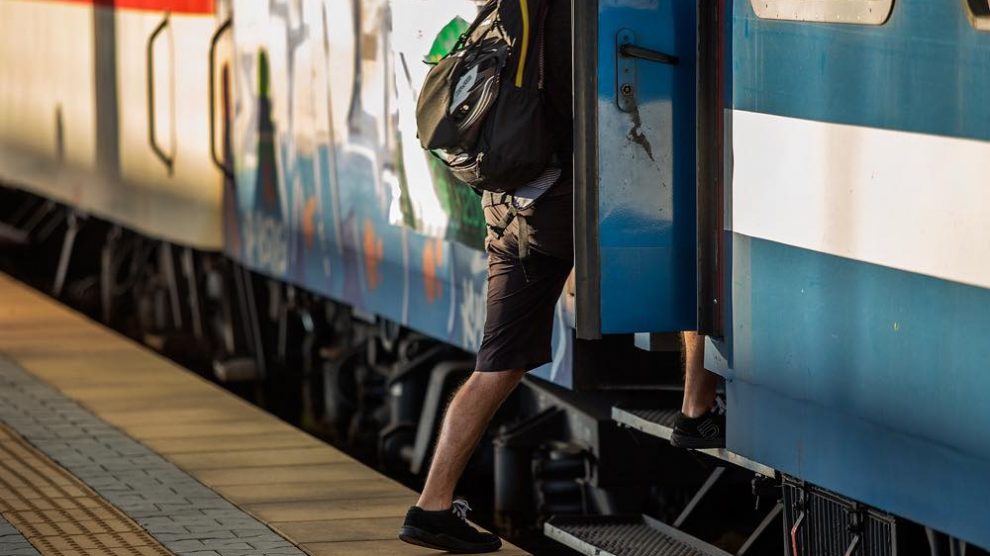 This year has been declared the Year of Rail by the European Commission in order to highlight train travel as one of the most “sustainable, smart and safe means of transport”. In Bulgaria however, trains are becoming less and less popular. People of Sofia is aiming to change this through the power of photography and social media.

Despite being celebrated throughout much of the European Union, train travel is the most despised and looked down upon mode of transport in Bulgaria.

That’s fewer than Luxembourg, a country with less than a tenth the population of Bulgaria.

Granted, the standards of the Bulgarian railways can hardly be compared to those of Luxembourg. According to the European Commission’s latest ranking of the efficiency of train services (from 2018), Bulgaria is amongst those member states countries with the worst level service, ahead only of Romania, Greece and Croatia.

However, over the last few years state-owned Bulgarian Railways has purchased 15 new Siemens Smartron electric locomotives, and 50 new Siemens Desiro trains (25 diesel and 25 electric). Tracks along routes to more populated towns and settlements have been renovated.

Yet traffic continues to decrease.

Vihren Georgiev, the creator of the People of Sofia project, argues that aside the quality of services, part of the reason why Bulgarians choose to be stuck in traffic rather than make use of largely empty trains (which often operate at just 10 to 20 per cent capacity), is the social stigma of traveling by train – associated with low societal status and the days when owning a car was a luxury.

The People of Sofia was inspired by and takes on a similar format to the Humans of New York website, on which photos of different New Yorkers are shown alongside their stories and background.

To celebrate the EU Year of Rail, Georgiev decided to leave Sofia behind and tell the stories of the people who are still using Bulgaria’s trains.

“I hope that I can show that traveling by train can be exciting, fun and interesting. At the same time, it is an environmentally friendly mode of transport, which is especially important nowadays,” Georgiev tells Emerging Europe.

“For me personally, this project brought back memories of my youth when I used to travel by train quite often. It allowed me to met many people I would not have otherwise met and to rediscover the benefits of this mode of transport,” the photographer adds.

Here are some of the stories captured by Georgiev, which reflect how rail travel can become part of everyday life in Bulgaria.

“We are travelling to Skobelevo (a small village in the Bulgarian Rose Valley), where we will stay with my grandmother for two weeks. I travel by train quite often, but Christian not so much. I like to take the train when visiting my grandma because I can walk around, and there’s a snack bar. It’s a different journey every time – the last time I saw a man traveling with his cat and hugging her the whole time. I want to travel by train to Paris! It’s very beautiful there, and my cousins live there.”

“I am 30-years-old and I have been working for Bulgarian State Railways for about two years, first as a conductor and now at the snack bar. I previously worked as a supervisor at a large hotel in London but I had to leave because of health reasons. I have travelled a lot by train abroad, in the UK, the US, and around Europe. While I was living in London, my friends and I often went to Paris on the Eurostar train, which runs under the English Channel.”

“I work in Varna, but I am always on the train in order to get to my village near Shumen where my grandmother lives. I go there to help her with the raising of livestock and in the garden. In Varna, I work at The Social Teahouse, a tea place which alongside drinks and food, provides workshops and social services for vulnerable children and young adults.”

“We are in Bulgaria because we want to find a Roma girl we met in Ghent some time ago. We want her to star in a film that we are making. We are here for one week and we are now traveling from Varna to Sofia. We were in Varna searching for the village of Asparuhovo, because this is how we were directed in Bucharest. However, it turned out that in Bulgaria there are three settlements named Asparuhovo. The second one is near Sofia and we hope to get to the right Asparuhovo this time! (laughing).

“What we see from the train is that you have beautiful nature. We are very impressed by the the warmth and openness of the people here. In Belgium, people do not talk to each other, they are individualistic and somewhat self-absorbed. We have already met a lot of people on our way here. We are somehow glad that we went to the wrong village at first and now we can see more of the country.”

“I am 17-years-old and I do acrobatics. I’m travelling from Levski to Gorna Oryahovitsa where I will have my acrobatics lesson. I have travelled by train twice a week ever since I was in Year Four. This year, my partner, his brother and I participated in Bulgaria’s Got Talent. This sport is very important to me. That’s why I never miss the train when I’m on my way to my lessons. Well, it can happen sometimes on the way back (laughs).”

Five unpopular opinions about Ukraine
Is it time for Romania to cash in on the fame of the Transfăgărășan Highway?
Comment