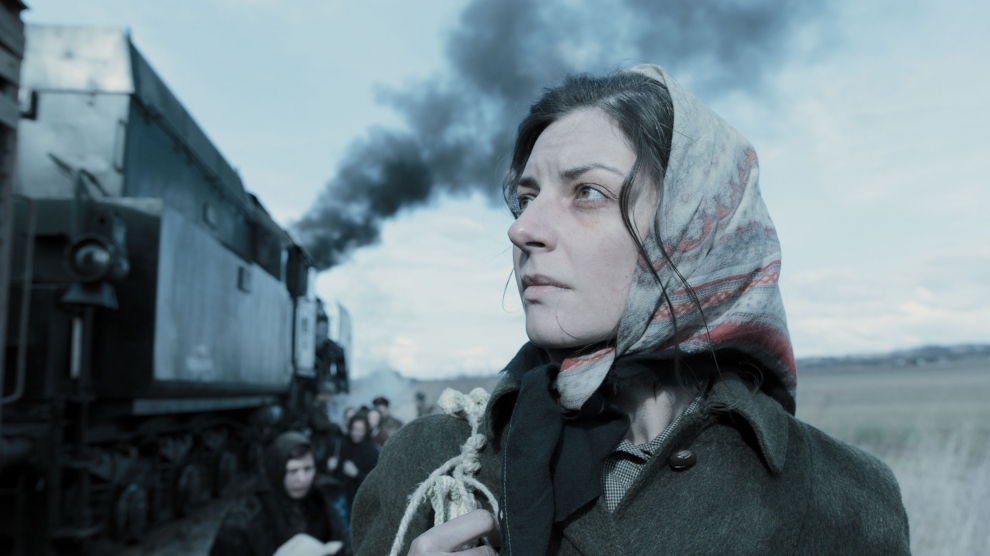 Hungary celebrated as one when Marina Gera, a 35-year-old actress, became the first ever Hungarian to receive an International Emmy Award – the “Oscar of television films”. The Emmy Awards’ jury named Ms Gera the Best Actress of the Year, awarding her outstanding performance in Eternal Winter, a 2018 Hungarian drama about the suffering of Hungarian prisoners in Soviet Gulags,

The film tells the heart-breaking story of a Hungarian-Swabian family, in Hungary’s Tolna county, at the end of World War II. Irén, a young woman, played by Ms Gera, is waiting for her husband to return from the Eastern Front, when she and other women from her village are summoned by the then-occupying Soviet soldiers to work in the corn fields. Instead, the women are put on trains and taken to the middle of the Soviet Union, thousands of kilometres away from their homeland. They were sent there for malenky robot, which what the Hungarians called the forced labour they had to suffer in the freezing Soviet internment camps of Siberia.

“Eternal Winter is one of the most important Hungarian films of the past years. It is a commemoration of the sins of communism and a recompense for the victims,” said Lilla Gyöngyösi, a Hungarian movie critic.

Directed by Attila Szász, the film is indeed a tribute to the more than 600,000 Hungarians who were forcefully taken to the USSR’s labour camps, but that is not all. It is also a story of compassion and love. During the time she is forced to work in a dark Soviet coal mine, Irén gets to know Rajmund, a Hungarian man, who is also imprisoned and who teaches her how to survive. The two pursue an unlikely, but unfulfilled relationship, given that both of them have families back in Hungary who they believe are waiting for them.

Mr Szász’s drama brilliantly reminds us that although one person’s struggle in such a camp is to save oneself day-by-day, it is also about how the oppressed can help each other, when they see no hope of escaping the cruel Soviet reality.

Eternal Winter is by far not the only Hungarian film about the gulags, as several documentaries have been made about them; however, it is the first ever feature film to show this dark side of the Soviet Union, which – unsurprisingly – was also the film’s mission. It wanted to tell the story of those who had been there and what they had had to face. Accordingly, during some of the discussions and music and you can hear is a terrifying background noise: of prisoners suffering from hunger, diseases, exhaustion, freezing temperatures and beatings from Soviet guards.

“It was a difficult film to make, since we had to show circumstances in it, which we have never imagined before. We haven’t really had much opportunity to bring [the full reality] back,” Mr Szász said, noting that he had his doubts about whether such a reality could really be displayed. However, he was relieved when he heard the reaction of the audience.

“I am very proud to be a Hungarian, at this moment,” Ms Gera said, after the film was named the Best European TV film by Prix Europa in 2018. “We are from different countries, but we have the same problems. Every country has an untold story.” she went on to say, referring to the countries of Central and Eastern Europe which were the states that suffered the most under Soviet rule.

“Today we are commemorating all the Hungarian victims who suffered in the Soviet Union. So, I would like to dedicate this prize to their memory,” she said, pointing not just to the hundreds of thousands of Hungarians, but the many millions who were abused, beaten, tortured or murdered by communism.

She also offered to share her prize with Mr Szász, who is the first Hungarian director to portray the fate of Hungarians in Soviet internment camps in a drama.

“A real tragedy cannot be shown its fullness; only the people in it,” the film’s creators said when Eternal Winter was announced.

Eternal Winter was released on February 25, 2018, the Day of Commemoration about the Victims of Communism in Hungary.