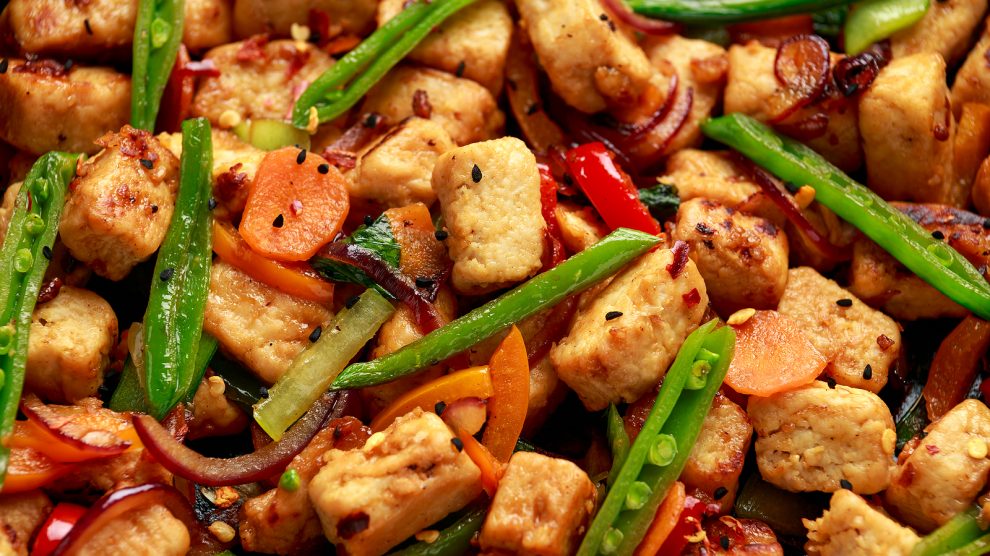 Hitherto a region of carnivores, parts of emerging Europe are changing.

Since 2018, according to market research firm GfK, sales of meat in Poland have decreased by 7.5 per cent, while sales of meat substitutes have shot up by 480 per cent.

“The numbers indicate a clear decrease in meat consumption by Polish consumers,” says Anna Spurek, the COO of Green Rev Institute in Poland. “As a result, the market for meat and dairy alternatives is growing strongly.”

This is also backed up by a visit to any Polish grocery store, where the number of plant-based alternatives to meat and dairy products is now substantial. Aimed primarily at vegans, it’s clear that there is also a wider market of people who simply want reduce their meat consumption without cutting it out entirely.

Options for vegans are increasing in the hospitality sector too. In 2019, Warsaw was declared the sixth most vegan-friendly city in the world by Happy Cow, a leading international vegan restaurant guide. It seems that more and more Polish people are embracing the vegan diet or at least deciding to limit their meat consumption.

“The choices of increasingly progressive consumers, which we need to combine with an increased awareness of climate change, the work of pro-animal activists on the streets or Facebook groups like Weganie Bez Spiny – these are the main driving forces,” says Spurek.

Ania Ferlin, creative director at the Polish company BezMiesny, which produces meat alternatives, explains that there is a cultural precedent for veganism in the country.

“Vegan and vegetarian cuisine goes way back. We don’t know exactly when and how it started but even in the 1880s there were vegan bars functioning in Warsaw. A plant-based diet was also popular among scouts. Then there is the tradition of meat-free Fridays – strongly connected with Catholicism and still popular among Poles,” she tells Emerging Europe.

In Czechia too, several industry reports from companies such as Ipsos and FMGC also suggest that consumers are turning to meat-free alternatives.

“In the past two years this has also been fuelled by Covid-19 and the health benefits that consumers associate with plant-based products,” Tereza Travnickova, a food industry and retail consultant at ProVeg Czechia tells Emerging Europe. “The retail offer has also significantly improved in the past three to four years, introducing vegan meat and dairy alternatives to mainstream consumers, making them more accessible and also more affordable.”

The importance of education

As with most of Europe, vegans and those who are mindful of how much meat they eat are still in the minority in Poland and Czechia.

Travnickova points out that per capita meat consumption in Czechia (around 81 kilograms per year) is still well above the EU average.

So how can others be persuaded to give meat and dairy-free products a chance?

“Our organisation works on helping producers, retailers but also the general public reduce their consumption of animal-based products. We welcome everyone ready to change, be it due to environmental concerns, health or something else,” she adds.

Indeed, when it comes to environmental concerns, the science is clear. We could all benefit if we ate less meat, as meat production is one of the main global sources of greenhouse gas emissions.

“It is important to work with your allies on many levels. Organisations like Roslinniejemy or Chefs for Change on a country level cooperate locally with chefs and producers. Asking influencers for help is also a good idea. But there must be also an emphasise on education, promoting flexitarianism as a lifestyle and trying not to exclude people by emphasising plant-based lifestyles rather than merely vegan,” explains Ferlin.

Anna Spurek of Green Rev warns that despite the progress made so far, true structural change is yet to come.

“Meat and dairy production is increasing. New industrial farms are being built — and there are already over 1,700 of them [in Poland], about 1,400 of them poultry,” she says. “We need education, investment in plant-based, ethical companies, and an end to the era of financing and subsidising the animal industry.”

Elsewhere in the emerging Europe region, other organisations are also working on promoting a vegan diet and a reduction in meat consumption.

In the Balkans, where meat-based dishes such as ćevapčići and burek are common staples, it’s hard to get people to consider a meat-free diet but activists are noting at least some degree of change.

“I think that veganism, as a way of life, has been becoming more and more popular in Bulgaria in recent years. There are more vegan products in the supermarkets, especially the variety of vegan yogurt and cheese. People are interested in a healthier lifestyle,” says Nevena Zaharieva of the Bulgarian Veg Society.

Similarly, in Serbia, Snežana Milovanović of the Freedom for Animals NGO says that people are becoming more sympathetic to the cause.

But she too underlines the necessity for structural changes and the abandonment of traditional, industrial animal farming.

“Every change brings with it the resistance of those who want to maintain the status quo. Vegan organisations themselves don’t have a large influence, especially when something needs to be changed at state level,” Milovanović explains.

Innovation will also play a role, according to Travnickova.

If these means being able to buy meat-free alternatives that taste as good – or even better – than the real thing, then emerging Europe could be ready to take advantage.

One Slovenian start-up is already doing so, with its radical approach to plant-based, meat-like products.

Instead of creating burgers and ‘chicken’ nuggets, it has developed a filet mignon that is every bit as juicy and tasty as beef.

Vladimir Mićković, co-founder and CBO of the firm, Juicy Marbles, says that the trend towards a meat-free diet is not just good news for vegans, but for everyone.

“A variety of protein choices is a sweet deal for all,” he says. “That’s why we want to make luxurious, Wagyu-like, marbled pieces of ‘meat’ affordable for everybody.”