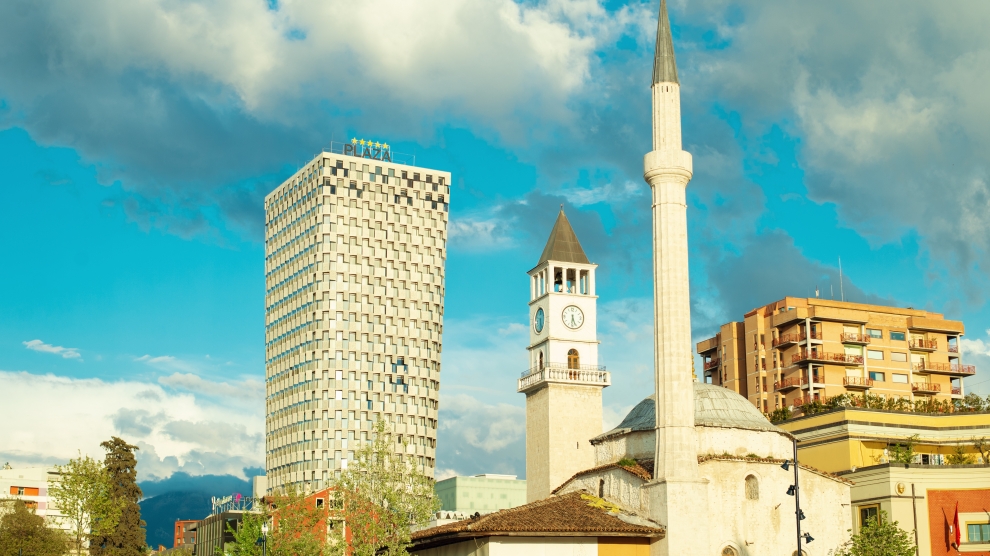 When most people think of Albania, they probably think of the Liam Neeson film Taken. Hollywood and the media have done a very good job at painting this Western Balkan country as a hotbed of criminality and violence, but is that really the case?

The short answer is no.

Whilst the country struggles internally with organised crime and politics, for those choosing to visit the country, or as I like to call it “the final wild frontier of Europe”, it is a safe, fascinating, and culturally rich gem that is just dying to be explored.

The Land of the Eagles, or Shqiperia in the local language is home to just over three million people. With the vast, vibrant, and colourful metropolis of Tirana in the centre of the country, other towns and small cities fan out around it stretching right to the borders of Montenegro, Kosovo, Macedonia, and Greece. To the west lies the Adriatic Sea and the coast of Italy, and to the south, the Greek island of Corfu sits just a few kilometres across the water.

In terms of its terrain, there is little that this country does not have – vast mountain ranges capped with snow, canyons and rivers that are perfect for rafting, luscious forests and wetlands full of flamingos, rolling plains of fertile farmland, and of course, mile upon mile of unspoilt golden sands and crystal waters. To compliment its diverse and truly breathtaking scenery, you can enjoy hundreds of castles and forts, medieval villages, Roman ruins, natural parks, hiking trails, and mountainous villages where you can pause time and switch off from the stresses of every day life. Albania has it all in just 29,000 square kilometres.

When it comes to the people, you will be hard pressed to find a more welcoming and hospitable bunch. Despite having been cut off from the world by half a century of oppressive communist rule, you wouldn’t know it from the way that visitors are received. Basing their traditions of hospitality on the teachings of the ancient Kanun of Leke Dukgjini (a set of feudal rules and laws, some of which prevail to this day) they are honour bound to treat all guests with the utmost respect and kindness.

Whilst English is not widely spoken outside of the capital or tourist areas, people will do their best to communicate, buy you a coffee or beer, and make sure that you are truly enjoying your stay in the country that they are so proud of. If you are lucky enough to be invited into an Albanian home, you can expect to leave only after you have been fed and watered to bursting point as well as being given raki, the local liqueur made from fruit that pretty much fuels the entire country.

The city of Tirana is unlike no other European city. Its architecture is a colourful yet confused mish-mash of Italian fascist, modern contemporary, and communist developments that are now painted in an assortment of vibrant colours or adorned with beautiful hand-painted murals. You can visit old communist bunkers that have been turned into museums, drink coffee in one of its many coffee shops (Tirana has the highest number of cafes per capita on the European continent), visit its numerous bazaars or take a cable car up Dajti Mountain and enjoy some traditional food whilst looking out over the Tirana plain to the ocean beyond.

But each city and locality in the country has its own particular charms. The people of Shkodra in the north are known for being artists and musicians and having a great sense of humour, the people of Berat are renowned for their hospitality, and the southerners are famous for their slow and laidback attitude towards life and their penchant for frappes. All of these areas are most definitely worth a visit – Shkodra for its lake and castle, Berat for its wine and saffron fields, and the south for the archaeological gem of Butrint and the islands of Ksamil.

To condense what I love about Albania, and why you need to consider visiting it into just one post is all but impossible and I cannot impart with words the joy that exploring this country over the last 18 months has given me. Just be sure to leave your preconceptions at the door and be ready to embrace a totally new way of looking at the world.

For a country that has suffered for so long under the occupation of so many, it is now emerging from its chrysalis and is ready to show the world the true meaning of the phrase “Balkan gem”.