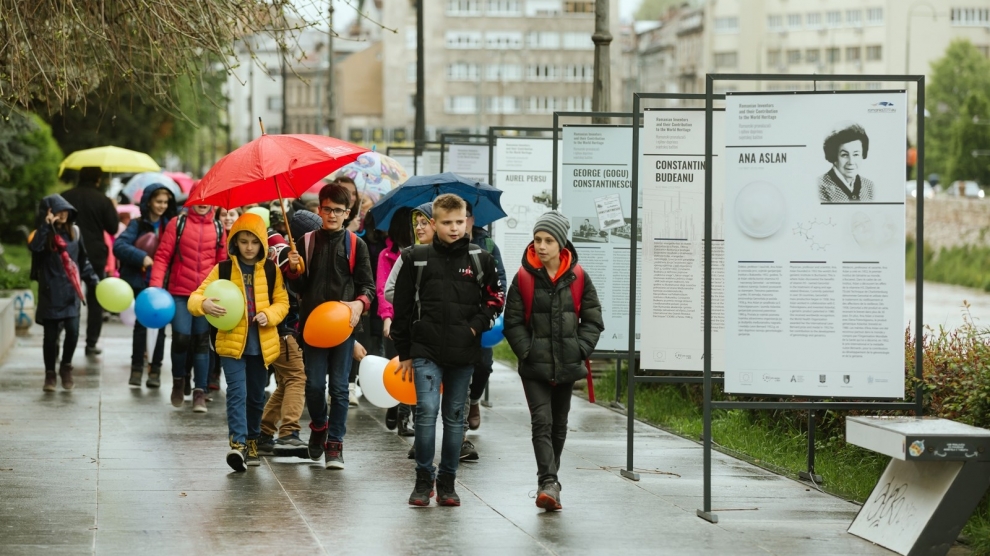 To mark this year’s Europe Day celebrations, a new exhibition has be opened on the left bank of the Miljacka River in Sarajevo, in front of the city’s Academy of Fine Arts. It portrays 26 famous Romanian inventors and scientists and their greatest achievements and will run until May 15.

“It is highly relevant that we are organising this exhibition at the start of Europe Day celebrations, as it addresses key topics for the European Union. It is about innovation, transfer of knowledge and about the future,” said Khaldoun Sinno, deputy head of the delegation of the European Union to Bosnia and Herzegovina.

“Here we have an example of one of our member states that has made a contribution not only to European heritage, but to world heritage, and to science, be it in Sarajevo, Brussels, New York or Beijing. Science knows no borders, and in the context of the EU accession process for all the countries in the Western Balkans region, the EU has opened our internal programmes to all the countries in the accession process for participation,” Mr Sinno added.

Jointly organised by the EU Info Centre and the Romanian Embassy in Bosnia and Herzegovina in the framework of the Romanian Presidency of the EU Council, the exhibition depicts the life and achievements of giants of Romanian science in an effort to show that science knows no boundaries and limitations and is one of the best forms of international cooperation.

Among those honoured is Elisa Leonida Zamfirescu, the world’s first female chemical engineer. Due to prejudices against women in the sciences, Mrs Zamfirescu was rejected by the School of Bridges and Roads in Bucharest and accepted at the Royal Academy of Technology in Berlin where she was the first woman to obtain an engineering degree. Then she gained a worldwide reputation for her research of exploring mineral resources working at the Geological Institute in Bucharest.

“We are happy to present a lesser known part of Romania’s contribution to the world of science,” said Dana Constantinescu, Romanian ambassador to Bosnia and Herzegovina.

“This exhibition is an invitation for collaboration since many of the scientists presented collaborated with others to achieve their goals. Many of them are teachers and founders of scientific schools which shows the importance of education. This is a call for young generations to follow their dreams, work hard and never quit,” she added.