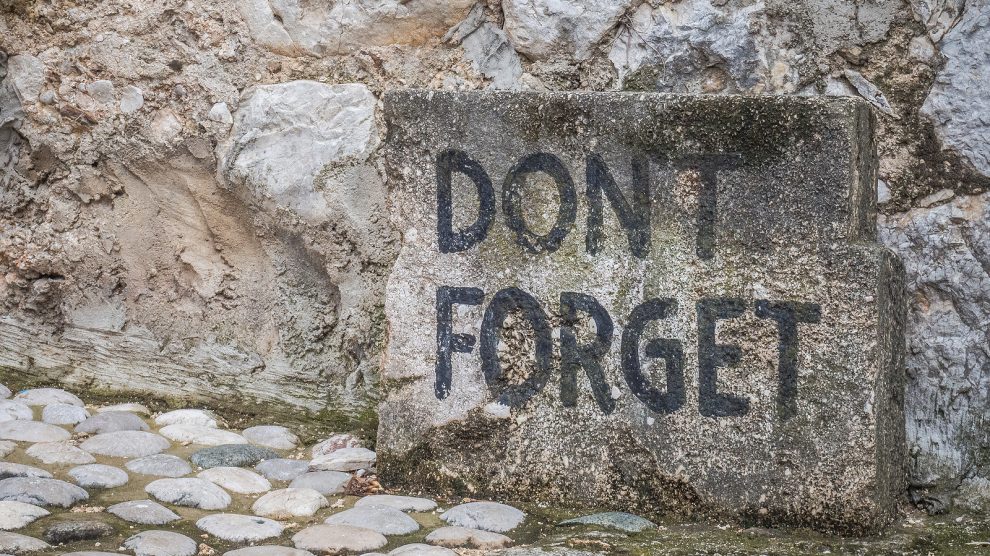 In the Western Balkans, issues of reconciliation and overcoming the past are still a stumbling block to progress. Often ignored by politicians and mainstream society, it has fallen largely to activists and artists to keep the discourse alive.

Based in Sarajevo and Belgrade, the Centre for Nonviolent Action has for the past four years been attempting to reconcile the Western Balkans with its past through its Biber short story competition.

The competition prompts authors from the region who write in BHS (Bosnian, Croatian, Serbian), Macedonian, and Albanian to share their stories on the subjects of reconciliation, understanding, overcoming the past, and more.

Last December, Biber closed submissions for its fourth round of the competition, having received more than 750 stories. And now, to start off the new year, stories from the previous three competitions have been translated into English for the first time.

The volume, containing some forty stories by authors from all around the region, represents a unique glimpse into the events of the 1990s and the trauma it has wrought both on those who lived through it and who are still living in its aftermath.

While much has been written and reported about the civil war of the 1990s in the wake of the break-up of socialist Yugoslavia, and its political implications, the personal and the emotional remains rarely discussed outside of the region. This new volume is therefore a welcome addition to the discourse that surrounds the break-up of Yugoslavia.

Lejla Kalamujić, a novelist and playwright from Sarajevo, who has served as a jury member at the competition and whose It’s Snowing Again, Snow White is featured in this collection, tells Emerging Europe that publishing a volume in English was a logical next step.

“There is still an interest for everything that happened in Yugoslavia in the 1990s,” he says. “Often this is the most interesting subject to readers outside of the region, so this collection will undoubtedly contribute to better understanding of everything that has happened to us.”

An average year in the competition attracts several hundred submissions, so there is still clearly a desire and a need to talk about these issues and strive toward better understanding and reconciliation.

“Overcoming the past is an important subject in art. The war happened to us all, artists included. We all deal with our own histories in various ways,” Ms Kalamujić adds. “If we chose art as the field of our activity, then that field is definitely open for examining and facing the demons of war.”

For Monika Herceg, a Croatian poet and the winner of the previous edition of the competition, the short story The Head was her first foray into prose.

“The text is what matters, and it’s important for me that the stories I want to tell have a literary value,” she tells Emerging Europe.

When it comes to the value of such stories as a means of social engagement, she is agreement with Ms Kalamujić.

“I deeply believe that art can always be a solution,” she says. “Whether it is the subject of reconciliation or the current migrant issue.”

Ms Herceg grew up in a village close to Petrinja – recently hit by an earthquake – which she describes as heavily war torn.

“Later throughout the years I watched as the consequences of this war for people and their relationships, and this is a subject I am still interested in, the ways in which humanity could be elevated over nationality and, the ways in which wounds could heal,” she explains.

Politics gets in the way

Like many activists and political commentators, Ms Herceg says that efforts and reconciliation are frustrated by politics.

“The biggest issue is that politicians aren’t working for reconciliation, but are constantly dragging skeletons out of closets and the earth, and using them to build their political campaigns,” she says. “If you keep stepping on people’s wounds, they will never close.”

Along with Ms Herceg, many other writers from the region are featured in the volume, which is available as a free download from the Biber website. For many of them, this will be the first time their work is available in English, to audiences outside of the region.

Ms Herceg believes that there is tremendous importance in that fact.

“Any literature from this region being translated is important, especially when it comes to understanding its dynamics,” she says. “In the last two generations, we’ve had two big wars, and this constant terror that affected families is still felt by the generations that remain. It’s important that these stories are being told, and read.”

In her view, this gives a voice to those who need to be heard.

“This way we might reclaim something from the pain that our parents and grandparents went through,” she says.

Themes of understanding the human cost and the human experience of war pervade the story collection. Intimate portraits of both the victims and the perpetrators challenge readers. Understanding the political dimension of war is one thing, but its human costs are always staggering.

“Today’s society is a society of fast information and reaction, but it can also easily be a society of fast fascism, and I believe constant reminders of this are needed, that it’s important to think about history and not fall into such traps,” Ms Herceg concludes.

The short story collection titled Biber 0a: Short Stories on Reconciliation is available as a free download from the Biber website.

Might K-pop’s next big star come from Kazakhstan or Kyrgyzstan?
The European bison is no longer a vulnerable species
Comment