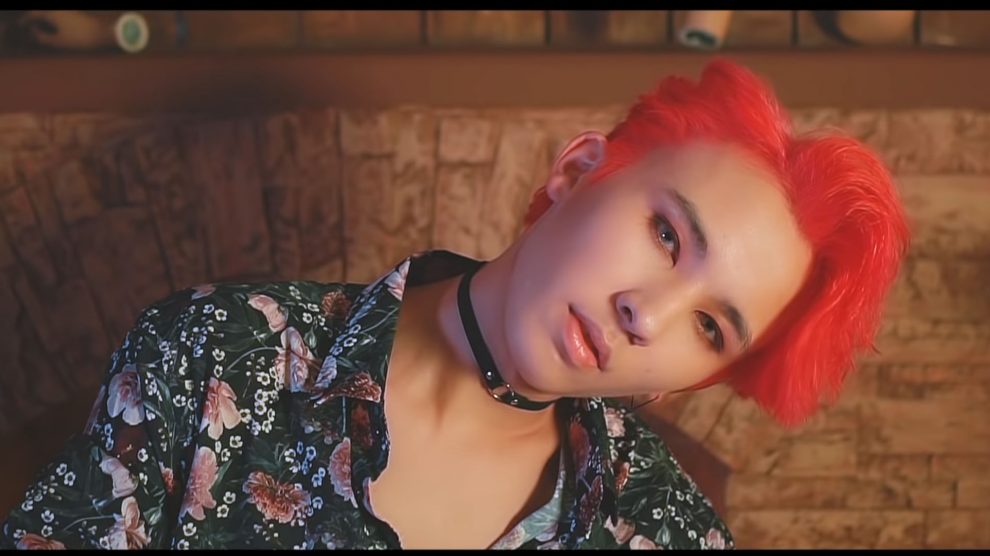 Korean pop music, better known as K-pop, has in recent years become a genuinely global phenomenon, with acts such as BTS and Blackpink frequently outselling the best known American or British bands. But could the next wave of music from the east be a different kind of pop? From Kazakhstan (Q-pop) and Kyrgyzstan (KG-pop) perhaps?

Off the radar – to a certain extent at least – South Korea has been boosting its economic presence in Central Asia for some time, serving as a more liberal influence than the region’s traditional partners, Russia and China.

But this influence has not been limited to economics: South Korea is making a major cultural impact too.

In Kazakhstan and Kyrgyzstan in particular, South Korean media and entertainment have achieved mainstream status over the past decade.  And as access to the internet becomes more widespread, making it easier for Central Asian fans to keep up to date with the latest K-pop trends, they are now creating their own pop music, known as Q-pop in Kazakhstan and KG-pop in Kyrgyzstan.

The first performers to identify themselves as Q-pop were the Kazakh boy band Ninety One, formed in 2015. The unique, for Kazakhstan, concept of the band has been partly attributed to one of its members, Azamat Ashmakyn, who was signed to South Korea’s largest entertainment company, SM Entertainment, for four years and was set to join a Korean boy band.

Instead, he moved back to Kazakhstan and contributed to the creation of a new musical genre in his country, which included songs, dances, and aesthetics not previously seen in Kazakhstan. A trend which appears to have now spread to Kyrgyzstan as well.

Ninety One prompted mixed reactions in Kazakhstan at first. The many K-pop fans in the country seem to appreciate the opportunity to listen to a similar type of music in their own language, while the Kazakh government was similarly enthusiastic about encouraging the spread in popularity of Kazakh language songs (as opposed to Russian).

However, the band also faced considerable backlash for their flamboyant appearance. The make-up, colourful hair, and flashy clothing were not well-received by the more conservative and religious segments of Kazakh society.

In 2016, the band was prevented by local authorities from performing in the town of Aktobe, the mining capital of Kazakhstan, citing fear of protests from groups of young men who had started to label Ninety One’s look as “too gay”, “contradicting traditions” and including “clothing and behaviour not suitable for Kazakh men”.

Nevertheless, Ninety One has inspired the creation of a number of Kazakh and Kyrgyz boy bands and girl groups that further challenge gender stereotypes in the region.

Madmen is another Kazakh act that has attracted both praise and criticism with their androgynous, K-pop-esque looks. While gender and sexuality have never been explicitly brought up by Q-pop or KG-pop artists, the controversy surrounding their aesthetic reveals that the topic is just as relevant in Central Asia as elsewhere in emerging Europe.

Q-pop music and video production show a particularly sharp departure from the sound and appearance that defined the Kazakh music scene of the early 2010s.

Associate professor of the Australian National University, Roald Maliangkay, who is also researching the global Korean wave, argues, “Q-pop builds on young Kazakh men and women’s desire for different role models and social change. What attracts the predominantly female fans to Ninety One will be a combination of factors, but one in which a desire for a different, more modern man and defiance of Chinese and Russian cultures feature strongly.”

Similarly, Sabina Insabayeva, a post-doctoral fellow at the National University of Singapore, points out that Ninety One “definitely brought the culture of ‘soft boys’ to Kazakhstan…[they] were not trying to appear hyper masculine or assert their masculinity in the way they looked.”

However, boys in make-up are not the only aspect of Q-pop and KG-pop that challenges gender norms. In Kyrgyzstan today, women and young girls continue to face considerable pressure from family and local communities to dress conservatively and to refrain from perusing certain careers.

The very limited western coverage of Q-pop and KG-pop – so far – has been almost entirely focused on how the music genre has sparked a conversation about the role of masculinity in Central Asian culture. However, k-pop inspired Kyrgyz girl groups, such as BirAi, have similarly faced a backlash for the dress and confidence they display in their music videos.

Despite some initial hindrances, such as the bans on performing in smaller Kazakh town, it currently seems unlikely that q-pop and kg-pop music artists will face any further legal consequences for challenging societal norms. That’s primarily because this increasingly popular genre has become a profitable business for the two countries. Not only are Q-pop and KG-pop bands allowing Kazakh and Kyrgyz K-pop fans to enjoy and spend money on local, instead of South Korean, performers, they have also managed to attract an audience from Turkic-speaking countries, such as Azerbaijan and Turkey.

Kazakhstan’s Ninety One have also been making appearances on South Korean TV. In 2019 they performed Korean songs alongside a well-known K-pop girl group on the popular reality show I can see your voice. In the summer of the same year, the band went on a well-attended tour across China, where they performed their own original Kazakh-language songs.

At a meeting of the youth wing of the Kazakhstan’s ruling Nur Otan party in 2018, Ninety One member Dulat Mukhametkali defended his art by arguing that Q-pop has the potential of become major business for the country, in the way that K-pop has helped South Korea’s economic boom.

South Korean talent agencies have long realised how promising Central Asian performers are, and even SM Entertainment has been holding auditions in Kazakhstan since 2011 in the hopes of finding the next K-pop superstar.

Kazakh Aiganym Zhalinova was last Novemeber revealed to be one of the members of a K-pop girl group set to debut this year. Last month, the Russian-language Kazakh channel Telekanal Khabar 24 dedicated a show to Zhalinova, where she was seen teaching South Korean K-pop stars to speak and sing in Kazakh.

Given the widespread practice of South Korean entertainment companies including members from other major Asian economies, such as China and Thailand, in K-pop groups in order to facilitate advertising to audiences in that country, Zhalinova’s appearances on Kazakh television suggest that South Korean business are increasingly seeing Kazakh audiences as worthy of attention.

As such, if Kazakhstan and Kyrgyzstan are to develop music genres that can rival k-pop in popularity and profitability, local talent should be incentivised to remain in the region and allowed to pursue ideas without worrying about how conservative members of society would react to the breaking of social stigmas.

In the words of Ninety One’s Dulat Mukhametkali, “Several cities [suggested] that singing, presenting a show, being a real modern artist is not suitable for a Kazakh of the 21st century. At that time, we faced a stereotype that the twenty-first century and the Kazakh mentality [and] culture are incompatible. I completely disagree with that. Being uncultured is not suitable for a Kazakh but being modern is.”