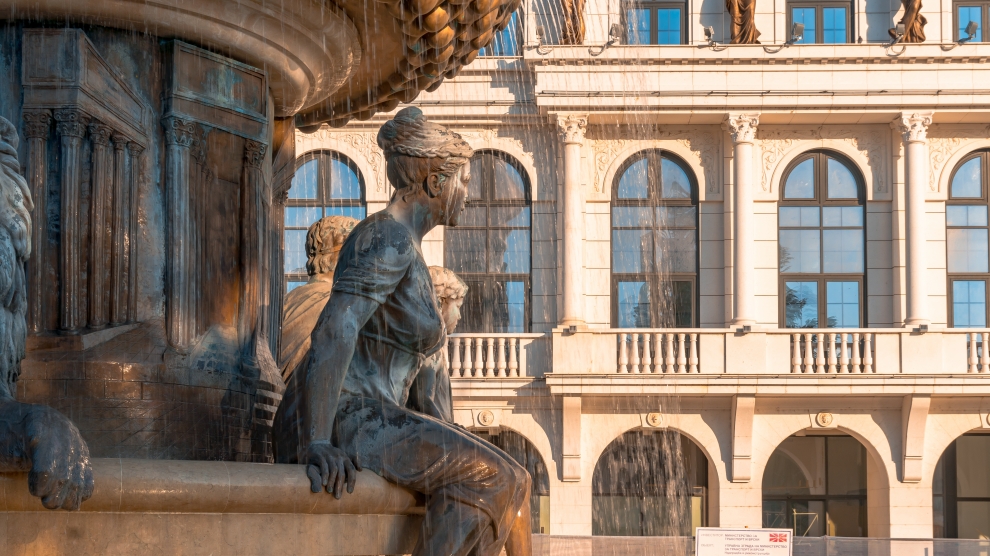 With the European Commission last week releasing its 2020 Enlargement Package and an investment plan for the Western Balkans, European integration has once again risen to the top of the region’s agenda. But has the EU’s strategy so far produced any tangible results, and are the countries themselves genuine in their stated desire to join?

Regional economic cooperation seems to be the cornerstone of the Western Balkans transformation into suitable candidates for EU accession, but political issues, poor standards in democracy and rule of law, corruption, state capture, and the Kosovo-Serbia territorial dispute stand in the way.

The study, which looks at the effects of regional economic cooperation in the Western Balkans, notes that while such efforts have somewhat beneficial effects for the economy, they nevertheless fail to address the longstanding political issues in the region.

“I think the words limited progress are the most used description of the situation in the Western Balkans,” said president of wiiw, Hannes Swoboda.

Limited progress does ring true. Recent times have been good for Montenegro, North Macedonia, and Albania, but Kosovo and Serbia are still mired in their dispute over Kosovo’s independence. Montenegro has opened its final negotiation chapter with the EU this year, and according to Oliver Varhelyi, the EU’s enlargement commissioner, Albania and North Macedonia should start negotiations before the year’s end.

In addition to the ongoing dispute with Kosovo, Serbia has failed to open a single negotiation chapter this year. The EU’s progress report on Serbia notes the country’s shortcomings on the issues of judiciary reforms, corruption, and organised crime.

It’s issues like these that the wiiw study claims cannot be solved with intra-regional economic cooperation, even though there is no shortage of initiatives, from the Regional Economic Area to the most recent idea of creating a Balkan ‘Mini-Schengen’.

“There is lot of talk of regional cooperation but the substance ends up being much more modest,” said Florian Bieber, director of the Centre for South East European Studies at the University of Graz. “There doesn’t seem to be an appetite for genuine cooperation beyond declaratory cooperation.”

Problems in the region that need to be addressed are numerous but among the most important are the dispute between Kosovo and Serbia, as well as issues of rule of law, state capture, and the legacy of the civil wars in the 1990s.

“The legacy of the 1990s weighs very heavily on the region especially when it comes to regional cooperation,” Mr Bieber said. “It makes a lot of things very difficult.”

Yet when studies look at the what ordinary citizens think, there is a greater desire for cooperation than at government level.

“There is genuinely significant support among the region’s population for regional cooperation,” said Richard Grieveson, deputy director at wiiw and one of the study’s authors.

Still, the most important point noted by both the wiiw study and the webinar participants is that economic cooperation cannot replace political solutions for political issues. And on top of that, while regional cooperation should not be discouraged, stakeholders must be realistic about what such cooperation can achieve in a region that is significantly poorer than the rest of Europe.

“We have to be realistic and keep in mind always we’re talking about an economic area that’s one per cent of the EU’s GDP,” Mr Grieveson said.

As a solution for the ongoing problems of the region, the study authors have suggested that the Western Balkans should integrate better into the EU itself.

“Integration to the EU is not going to come any time soon but preceding it could be a step-by-step integration into the EU in spheres which prevent the countries to be full voting members of the EU,” Mr Bieber says.

One thing stressed by all participants is that this step-by-step inclusion should not preclude conditionality. The European Union should still hold the Western Balkans to task when it comes to both economic development and political issues.

Corruption, an endemic issue in the region, is also something the EU should push harder to resolve. One of the mechanisms that allows for corruption and for state capture is making contracts with foreign companies a state secret, a common practice in Serbia, for example.

“The EU should push a lot in this direction to make sure that these large infrastructure investment projects, when they occur, are as transparent as possible so there is less opportunity for state capture,” Mr Bieber said.

Commenting on the recent US-brokered deal between Kosovo and Serbia, which has underwhelmed most commentators as it focuses on economic cooperation and not resolution of the territorial dispute, Mr Grieveson stated that “politics have to come first” and “there’s nothing economics can do until the political solutions are there.”

“That been the big mistake of the [EU integration] process over the last couple of decades,” he added.

As a general conclusion, the Western Balkans countries are still some way from joining the European Union, but the EU could step up its game and try to achieve a step-by-step process which could integrate the countries tighter. This way, citizens themselves might keep their politicians accountable, and the creeping influence of Russia and China on the region could be lessened.

Tito on film: Elsewhere in emerging Europe
Is the US about to finance a motorway linking the Baltic and Black Seas?
Comment