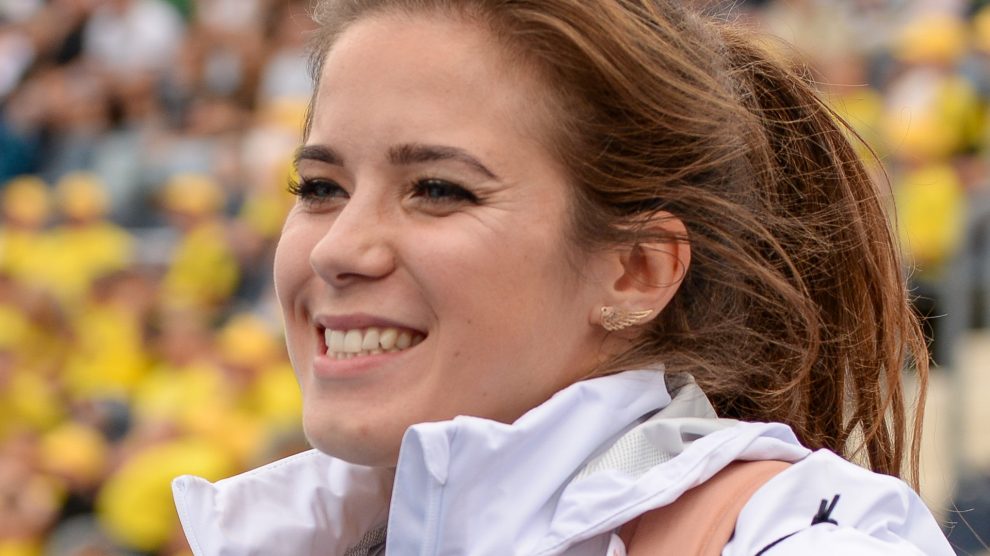 Sportsmen and women often get a bad press for being selfish and self-centred. Polish javelin thrower Maria Andrejczyk this week became the latest to prove that is not always the case.

In what was probably the most wonderful “good news story” to come out of Poland for some time, javelin thrower Maria Andrejczyk this week made headlines across the world for auctioning off her Olympic silver medal in order to raise funds for an eight-month-old baby in need of an operation in the United States.

The baby, Miłosz Małysa, has a rare heart defect (TAPVC, which causes abnormal flow of the pulmonary veins) and his only hope is surgery at Stanford in the US. He is currently under home hospice care but needs surgery as soon as possible in order to survive.

Moved by Miłosz’s plight, Andrejczyk – who won silver earlier this month in the javelin at the Tokyo Games – last week decided to place her medal up for sale to the highest bidder in order to raise funds for his surgery.

“This is the first fund raising I have done but I knew it was the right cause,” said Andrejczyk.
Miłosz’s surgery will cost around 1.5 million złoty (327,000 euros) – half of which had already been raised.

After starting the auction for her silver medal off at 200,000 złoty, Andrejczyk announced on Monday that Polish firm Żabka, the largest and greenest chain of convenience stores in Central and Eastern Europe, had won the auction with a bid of close to 500,000 złoty.

Other donations – inspired by Andrejczyk’s gesture – mean that little Miłosz’s family now have the money they need to travel to the US for his life-saving surgery.

Announcing Żabka’s bid, the athlete said: “The winner, and at the same time, the company I will be eternally grateful to, is the company Żabka.

“It is with the greatest pleasure that I give you, Żabka, this medal, which for me is a symbol of struggle, faith and the pursuit of dreams despite many odds.”

But there was a further twist to the tale when in a fabulous gesture, Żabka insisted that Andrejczyk keep the medal.

“We were moved by the beautiful and extremely noble gesture of our Olympian,” a spokesperson said, adding: “We have decided that the silver medal from Tokyo will stay with Maria.”

Andrejczyk replied: “I will be eternally grateful. I have no words to express how happy I am.”

This is not the first time this year that a sports personality from emerging Europe has made such a magnanimous gesture.

In April, Romanian football referee Octavian Șovre was the subject of ridicule when he was caught on camera running down the players’ tunnel to ask Borussia Dortmund’s Norwegian star Erling Haaland to sign an autograph immediately after the end of Dortmund’s defeat to Manchester City in the quarter-finals of the Champions League.

He was called unprofessional – and much else besides.

It is was soon those who were quick to condemn and make fun of Șovre who looked ridiculous, however. Yes, he was after Haaland’s autograph, but for a very good reason, and a very good cause: autism.

It quickly emerged that Șovre has for several years been making use of his status as an international referee to collect the autographs of the world’s star footballers.

He then auctions them at charitable events in order to raise money for SOS Autism Bihor, and NGO which helps children and adults with autism in the west of Romania.

Since the news of Șovre’s good work came to light, several Romanian stars of both past and present have come forward not only in vocal support, but with collector’s items for Șovre to auction so that more money can be raised for the charity.

Former Chelsea legend Dan Petrescu has donated one of his Chelsea shirts, while Ianis Hagi, who plays for Rangers in Scotland, has also made a donation.